This weekend I made a quick trek back to Portland, Oregon – the city I left in 1993, after graduating from medical school and seeing my last Blazer basketball game. 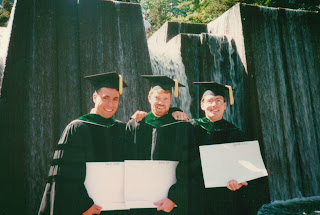 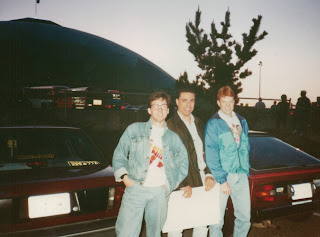 My wife and I always thought we would return to Portland, but it is now 20 years later and we still have not made it back.  My daughter, however, is now a Portlander – having started her freshman year at Lewis and Clark College this year.  It is amazing to see her all grown up when compared to her first tour of Oregon Health Sciences University, 18 years ago.  Even more incredible to think of all she has accomplished over the years. 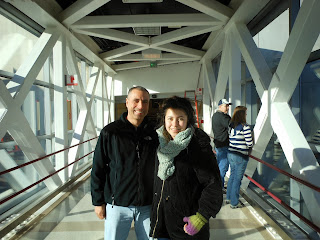 Portland will always be a special place to me personally - the city that Lila and I first lived after getting married, the city where I went to medical school and the city where I made some of the best friends of my life.  It is also an important place for the Parkinson’s Disease community, highlighted by being chosen to host the next World Parkinson Congress in 2016.  Given the impact the World Parkinson Congress had on me this year and my ties to Portland, I am adding an option for those wanting to support “Run-the-World 4 Parkinson’s Disease”.   In addition to being able to donate to Team Fox to support Parkinson’s Disease research, you will soon be able to donate to 444 Parkinson’s Foundation to fund travel costs for those with Parkinson’s Disease around the world to attend WPC in 2016.   444 Parkinson’s Foundation has been chartered and once tax-exempt status is established, the foundation’s website will open with a link to accept donations.  I anticipate having the site set up just after first of year for those who may be interested and will keep you updated via this site and the 444 Parkinson’s Traveler Facebook page.

Finally, I would like to mention a person with special connection to the World Parkinson Congress, the cause of Parkinson’s Disease awareness and the city of Portland.  Brian Grant is a former NBA player, who spent 3 seasons with the Portland Trailblazers.   He was diagnosed with Parkinson’s Disease at the age of 36 and has created the Brian Grant Foundation.  For those that were able to attend the WPC in Montreal this year, you may have seen the video of Brian summiting Mount St. Helen’s which won the 2013 World Parkinson Congress Video Competition.  If not, you can find out more about the video and the Brian Grant Foundation at www.briangrant.org.  Undoubtedly many in the crowd at the WPC were moved by the story and images in the video.  For me it added clarity to “Run-the-World” and the idea that my project might be able to shed some light on the lives of those affected by Parkinson’s Disease around the world.  So I’d like to thank Brian Grant and his foundation for the motivation, the city of Portland for all the great memories and opportunities that it has afforded me and hope that “Run-the-World” will allow others to experience this wonderful city in 2016. 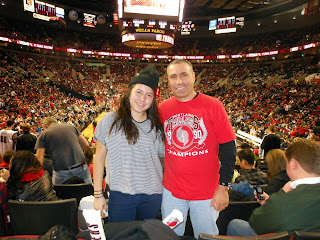 Posted by Marcus Cranston at 9:15 PM