Suriname: Alone in the Amazon

After a quite hectic first 36 hours of traveling, I was looking forward to a chance to recover during my first of two nights in Suriname and then this happened… 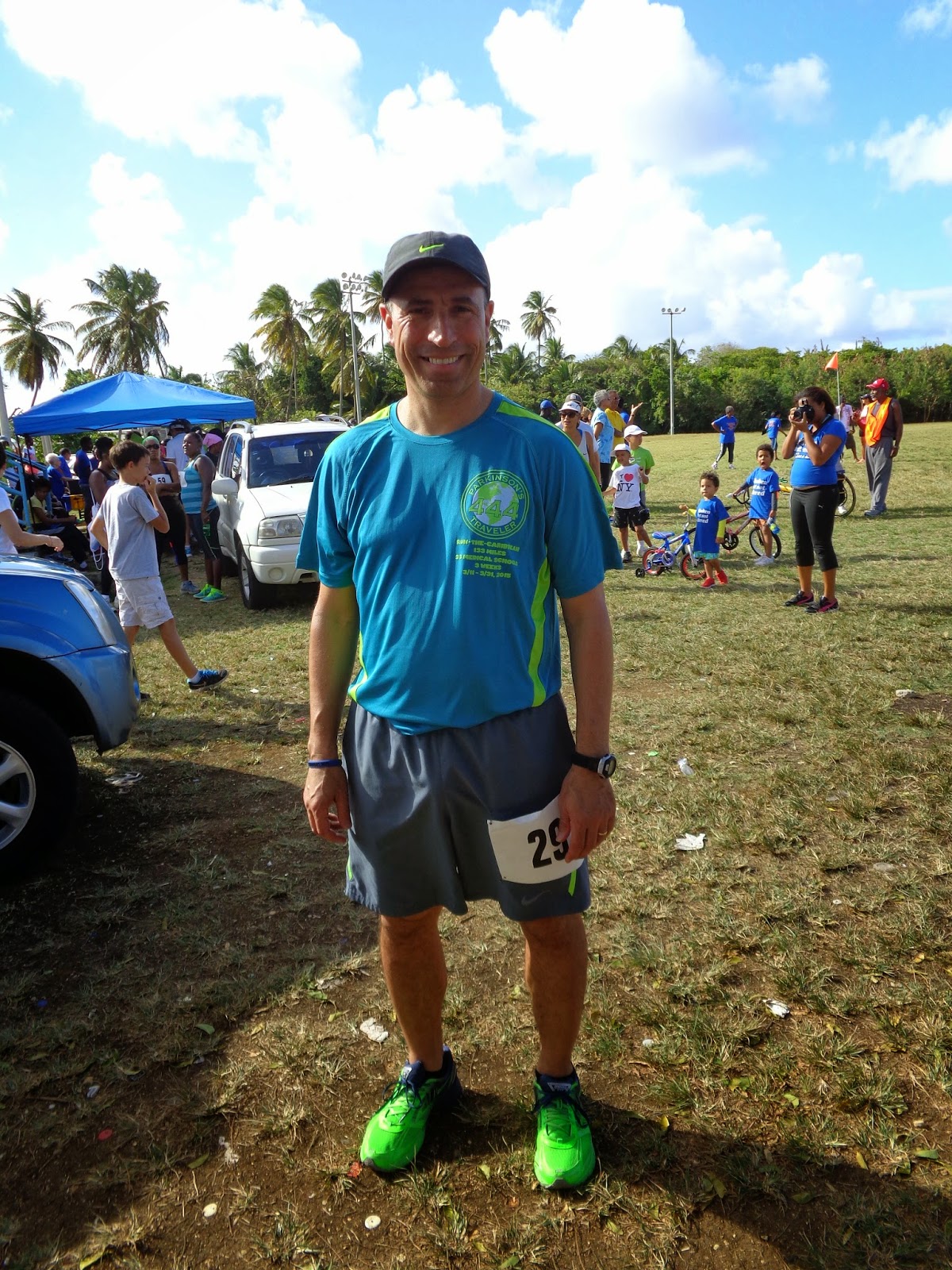 Getting from the 5K race finish line in Speightstown, Barbados to my hotel in Paramaribo, Suriname actually went well. The taxi ride, covering nearly the entire north-to-south length of Barbados at sunset, was beautiful - and the slow, friendly pace of driving was a pleasant contrast to the mean streets of my home, Las Vegas.  My flights from Barbados to Port-of-Spain to Paramaribo, both had welcomed early departures and early arrivals.  My time in the airports was only remarkable for a single proud moment.  As I went through security re-screening while in transit in Trinidad, I quickly and efficiently went through the typical process of partial undressing/unpacking prior to passing myself and my bag through x-ray scanners.  But as I approached the metal detector, one of the four persons on the security detail, flashed me an unapproving look, pointed to my pocket and asked, “What is in there?"  I replied, “Just my passport”.  While the others looked as if they were about to break into applause to reward her for her attention to the detail  of my bulging pants pocket, she came back with a skeptical, “That is all?”  All of their faces turned to the puzzled expressions of children who has just seen a magician  pull a rabbit out his hat for the first time when I reached into my pocket and pulled out nothing, but my prized possession - a blue passport that has so many added pages that it acts as if it is held together my a spring-loaded hinge.  I somewhat triumphantly replied, “Yep, just my passport.”

Once in Suriname (arriving at 1 AM), I was one of only two passengers, who needed to purchase a visa.  This wasn’t a particularly difficult process, but it did involve handing over $25 USD – of which three bills were rejected for folds, writing and/or  tears - and meant that I reached the immigration line well after everyone else had left.  This was fortunate because for some reason, it took the involvement of all three immigration officials on-duty and over 10 minutes before my passport was stamped and I was waived through with a smile, but no explanation for the delay. 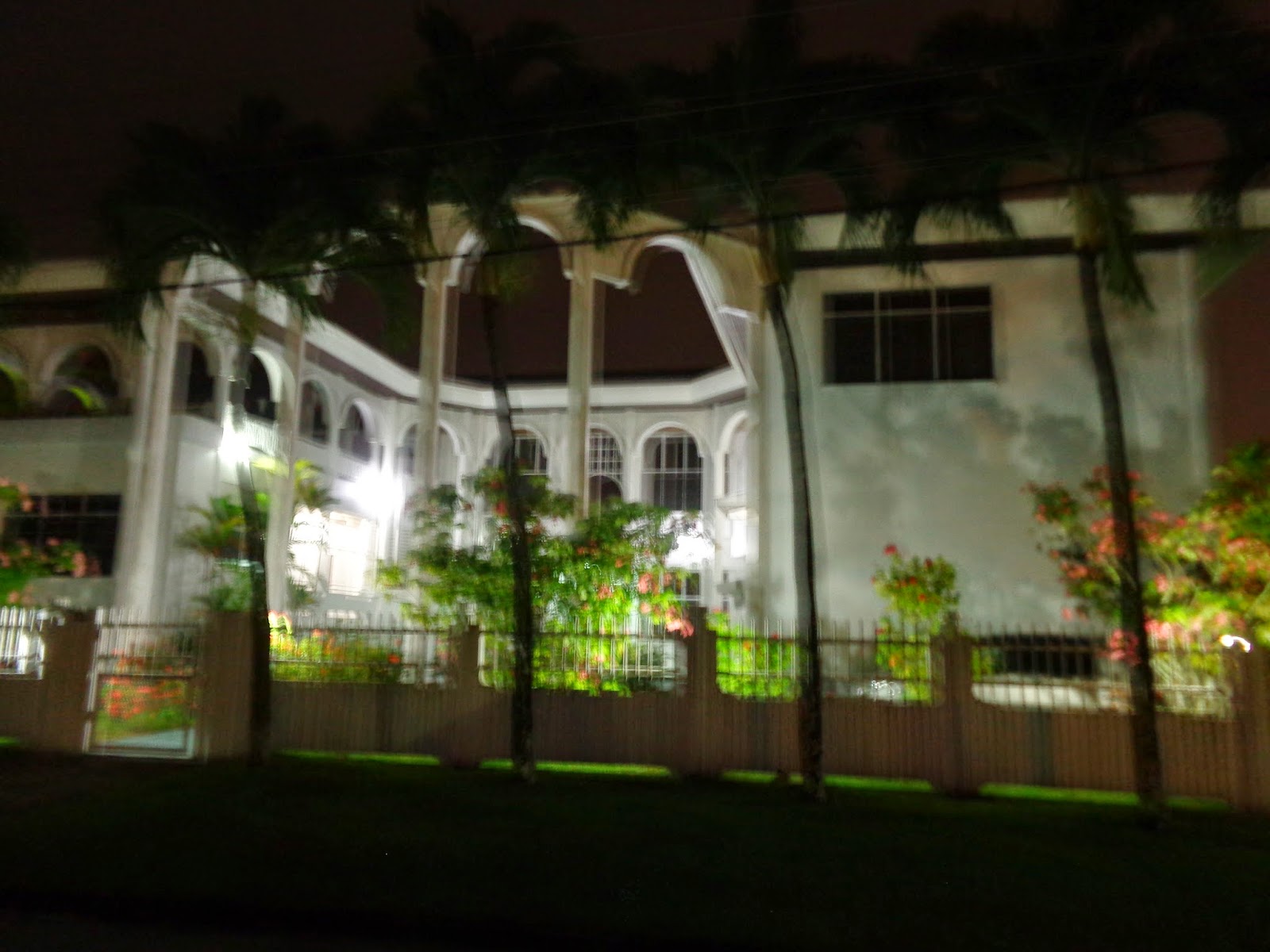 After a 45 minute taxi ride to the city, I climbed out of the cab and was relieved to see a beautiful hotel façade in a quiet residential area.  That was followed by an immediate sinking feeling that my luck was about to turn when I noted that the building was particularly dark and there was a padlock on the front gate.  As the taxi driver started to drive off there was a short pause, and you could tell he was thinking - “I should probably help, but if I stop now who knows when I’ll get home and it’s already 2:30 AM”... and he drove off.

Before I could panic too much, I saw that the lock was just hanging on the gate and not fastened.  I walked across the courtyard and tried to open the front door.  That lock was set.  I knocked repeatedly – no response.  After a few minutes I took a walk around the place and wasn't sure if I simply arrived after the reception closed or this place was now either a private residence or a an abandoned hotel. 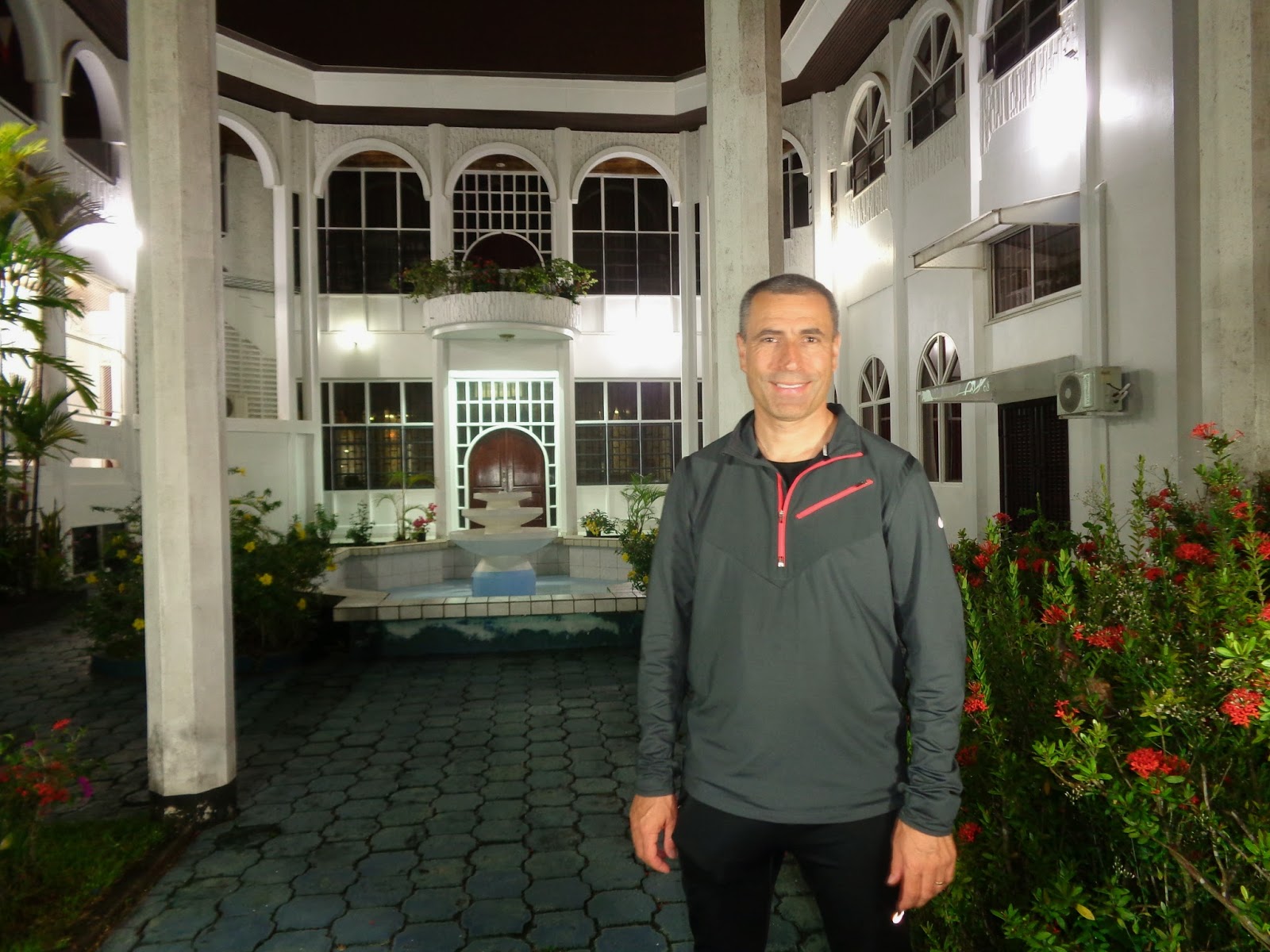 When I get home I guess I will find how much I paid to Digicel (the ubiquitous Caribbean cell phone carrier) to search emails, come up with the hotel phone number and make a call.  All money wasted, because the phone just rang and led to a message stating the voice mail was not active.  At that time I was out of options, so I decided to take a few night pictures.  Just after I started my photo session, a police car slowly drove by with yellow lights flashing and not knowing what their response would be, I decided to lay low.  However, when the car came back about 10 minutes later I decided maybe they could help me.  Unfortunately, I didn't reach the road in time to get the driver's attention, but I was able to see that this was just a neighborhood security patrol car.  Since I still had my camera in hand I decided to use it as a signalling device. While standing in the middle of the street I took a couple flash pictures in the direction of the car - which simply continued it's slow retreated.  As I stood in the street dumbfounded by the lack of response from the person responsible for "security", I became aware of the sound of dogs barking.  Within 10-15 seconds it was the sound of MANY dogs barking and rapidly became the sound of more dogs barking than I have ever heard at one time in my life.  And they appeared to be approaching quickly. 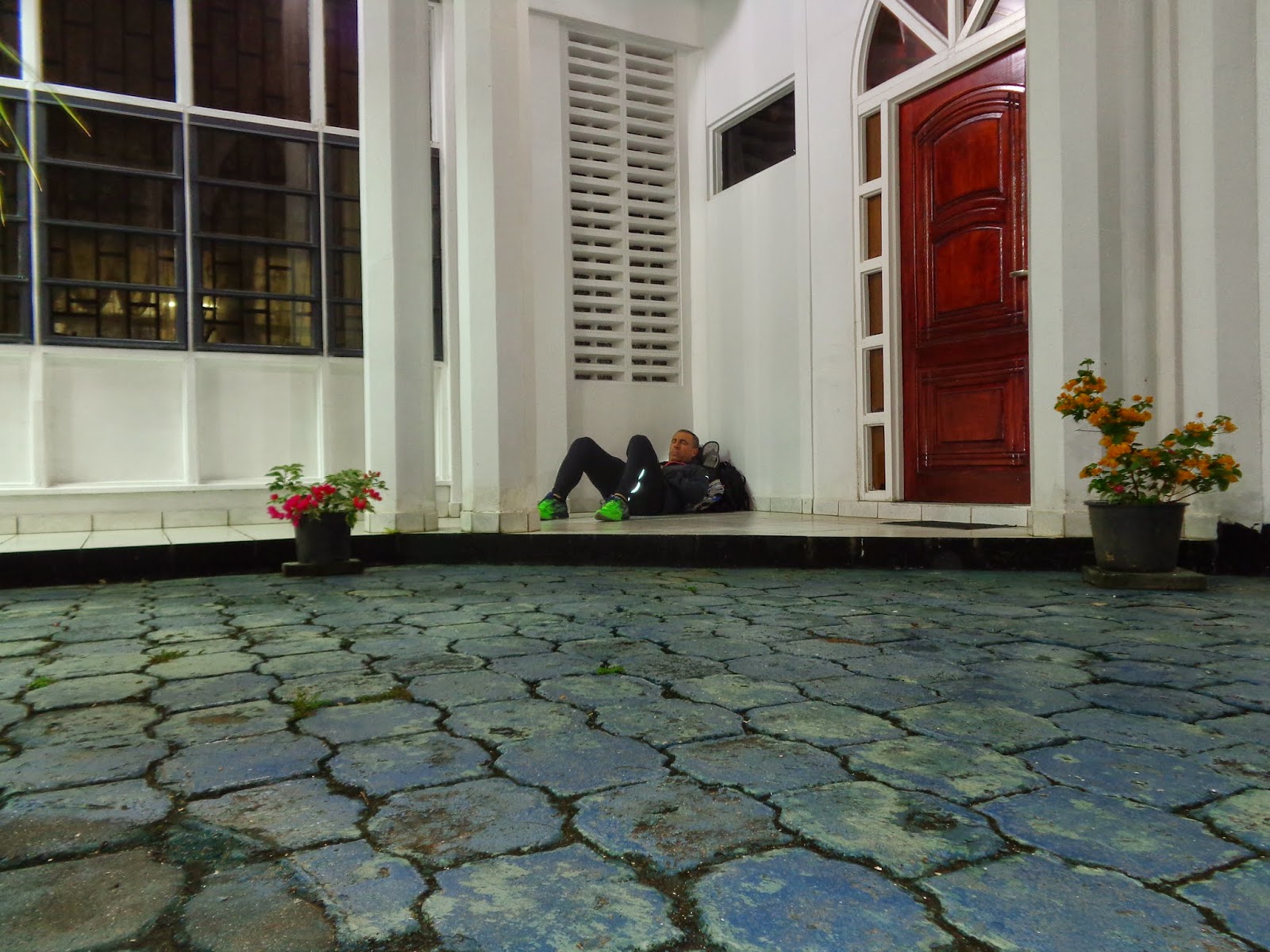 Once safely behind the front gate, I decided the only thing left to do was lather myself in insect repellent, position my pack to try to find a minimally uncomfortable position and try to fall asleep to the sound of howling dogs and a jungle rainstorm that just begun. Two hours later I was startled awake by the sound of even more startled older lady knocking on the window above my "bed".  After she woke her husband, he and I had a surreal discussion/negotiation about reservations, appropriate compensation, modes of payment, uses for the 3 keys I was presented, breakfast and a few other subjects that neither of us were awake enough at the time to remember now and then I was finally off to my room.
Although, I was able to climb into a comfortable bed in an air-conditioned room just as the sun was beginning to shine through the window - I hope to one day tell my grandchildren about the night I spent sleeping outside in a monsoon, surrounded by a pack of wild dogs in a place known as "the Heartbeat of the Amazon".