Those who have not read the epic novel, "The Story Behind Parky the Raccoon" may have questions about the World Parkinson Congress mascot – so here are some interesting facts about this cuddly masked mammal. 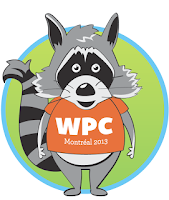 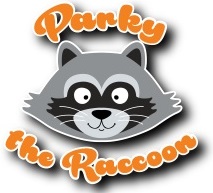 Bob Kuhn, a person with Parkinson’s from British Columbia, Canada, created the concept of Parky prior to the World Parkinson Congress in Montreal. Bob's travel partner for his 70 day world tour was originally named Petey. However, when he discovered Petey pronounced in French would be interpreted as “passing gas”, he announced a name-that-mascot contest and Petey became Parky. You can still find posts from Bob’s journey on his blog, “Positively Parkinson’s” 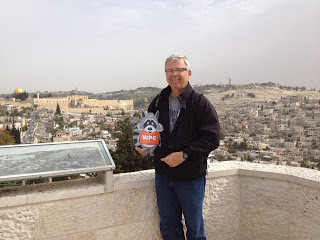 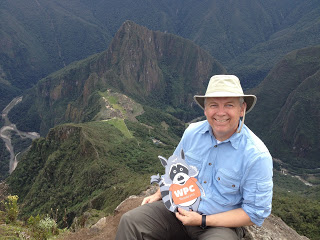 What?
A raccoon, of course. Bob associated the raccoon with his childhood, when other kids often spelled his last name as it sounded: c-o-o-n. Meanwhile, WPC explains why a raccoon was the perfect choice for a mascot as follows: “First, was the distinctive mask, which represented the “Parkinson’s mask”. Second, the raccoon is inventive when faced with challenges. They are excellent problem solvers, and have a high level of curiosity and ability to survive in highly diverse environments. Raccoons are considered to be one of the most intelligent mammals.”

Why?
Parky began as a way for Bob to stay in touch with his grandson, Patrick. Bob sent photos home as he and his buddy traveled the world. In addition, it gave him an opportunity to inform others about the World Parkinson Congress 2013. He used photos with Parky in his blog posts and presentations. He even handed out baggage tags with pictures of Parky and WPC 2013 information. Today Parky continues to be a big part of WPC promotional campaigns.

When?
Parky traveled with Bob, May-July 2012. Then he served as mascot for WPC 2013 in Montreal. Now he is gearing up for his duties associated with WPC 2016, this September in Portland.

How?
The first image of Parky was designed by Laura Vanderwel, a graphic artist from British Columbia. In order to limit luggage space and make him durable, he was flat and laminated. Plush toy versions of Parky have since been made to allow him to fulfill his WPC mascot role.

Which?
Both are adorable, but can you can spot the differences between Montreal and Portland Parky? 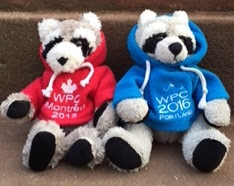 Where?
This question will take a more detailed explanation…..

I’ll start with a quick overview of my own travels with Parky. About a year ago, I was planning my challenge, "Run-the-Carribean 4 Parkinson’s" - attempting to run across 5 Caribbean islands in 5 days. I wanted to use my travels to provide added publicity for WPC, given that relatively few PwP from the Caribbean had attended WPC in the past. When I talked to Eli Pollard, WPC Executive Director, she mentioned that they were expecting a new prototype of the WPC 2016 Parky any day. This seemed like a great opportunity for me to provide Parky with a new adventure and allow him to build on his prior promotional/travel experiences with Bob Kuhn. Parky arrived in Las Vegas just in time to joined me.  Before starting our "Run-the-Caribbean" challenge, we had a stopover in Trinidad, attended the first Parkinson’s Support Run in Barbados, toured Paramaribo, Suriname and traveled to Kaieteur Falls in the center of Guyana.  After all that - we ran 55 miles in 5 days, crossing 5 Caribbean islands. 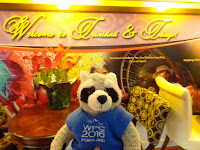 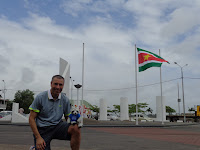 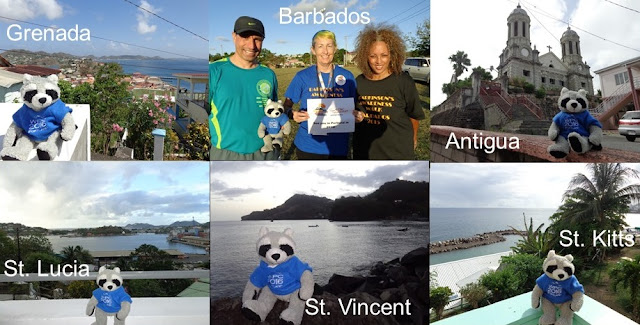 Later in 2105, Parky accompanied me on travels through China, Japan, North Korea and Hawaii. Then helped me launch "Swim-the-Pacific-4-Parkinson’s" - an attempt to swim 1 mile in 11 different Pacific island nations. He joined me for my first two swims in the Federated States of Micronesia and the Marshall Island. 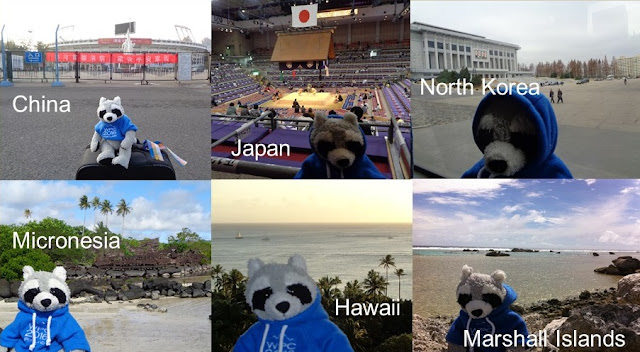 His travels with me would seem to be a full year for most raccoons, but not Parky. This was just a glimpse of his 2015-2016 travels. In fact, he's been so busy traveling the world...he's had to start his own website to document his journeys.  To find out where he's been, just go to the appropriately named WhereIsParky.org. There you can read more about Parky's background, travels and see photos and stories about him and his other travel partners.

Most importantly this website is where you can order your very own Parky and start your own adventures. Adventures that will hopefully include a trip to Portland in Sept 2016 for WPC!! 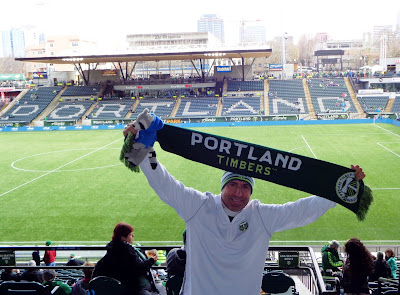 Posted by Marcus Cranston at 6:53 PM