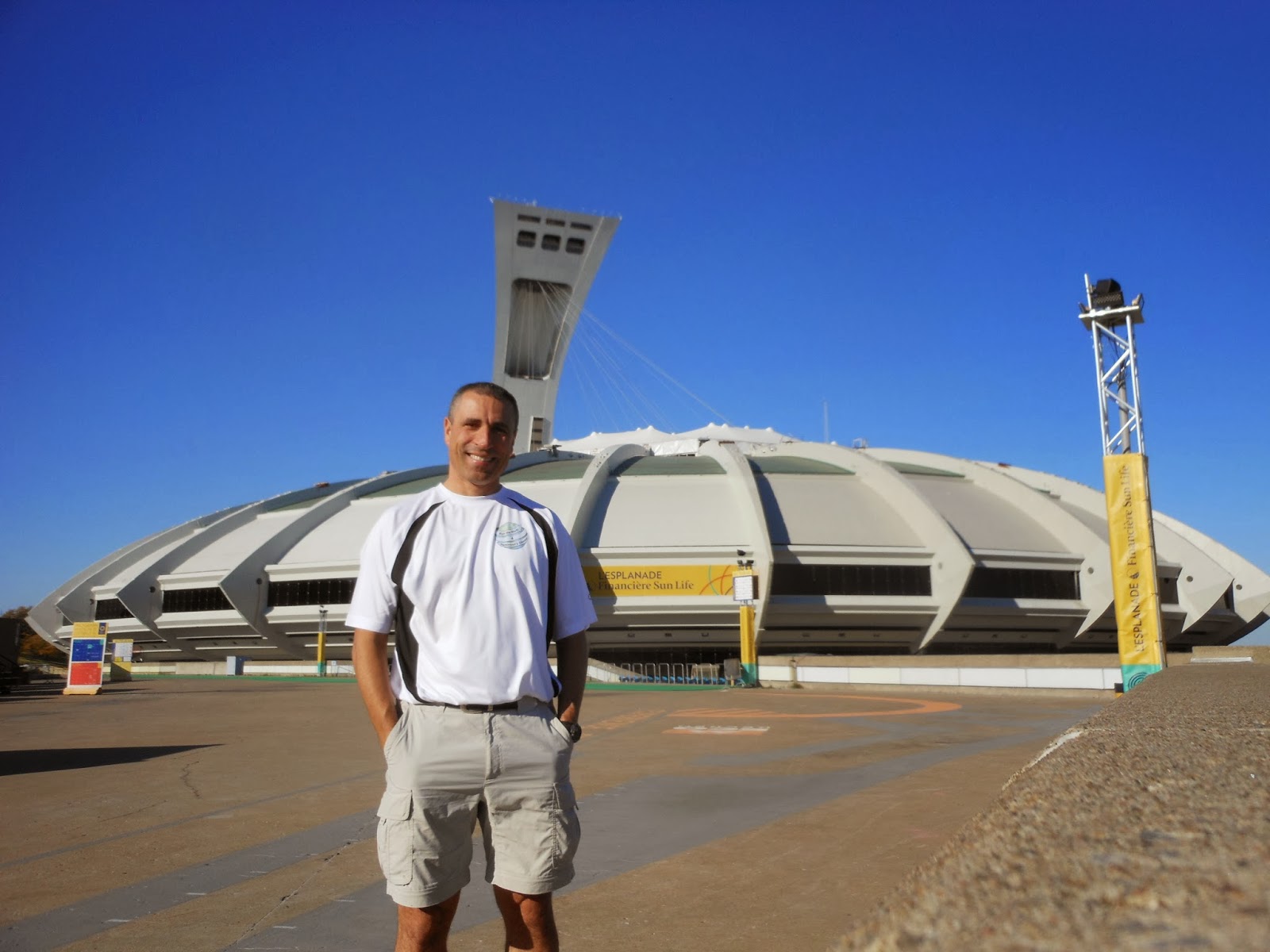 From the time I arrived at registration on the evening before the Congress began, to the time I left on the last day, I struggled to define my role at the Congress.  Was I a patient, trying to learn more about the diagnosis and current/future treatments?   Was I a clinician and/or researcher trying to gain information to guide me to a specific career path?  Was I an advocate, looking for my opportunity to raise awareness for those affected by the disease?  Although at times my tremor was obvious and I could certainly associate with the long list of non-motor symptoms that were frequently the topic of presentations– I didn’t have the age or obvious disabilities that most would use to recognize those at the conference that were patients.  Although I often introduced myself as a physician, I was quick to let people know that I was an Endocrinologist and not a Neurologist.  Although I have some background in research and understood the methods applied in the various studies – I was not familiar with the volume of literature that encompasses Parkinson’s Disease.  And although I wore a shirt and passed out business cards to promote Run-the-World, I was very much a novice when it came to world of advocacy and fund-raising.  One speaker equated the path a Parkinson’s patient takes to become an advocate to the role of the members of a sports team.  That seems an appropriate analogy for me.  I am in a somewhat unique situation in that I can play all positions on the team, but am very much a rookie now and time will tell in what role/position I end up fitting into on the team.
Most people had a similar reaction when I told them about Run-the-World.  First they were a bit surprised that I was a patient and quick to add that I “must be doing well”, if I was so active.  The next statement was usually something along the lines of “How is that possible?”, when they realize the actual itinerary for the project. Finally, everyone provided words of support and where possible offered assistance.  This reassured me that the project might have the substance to create interest.

It was evident during the conference that many individuals and organizations have projects addressing research fundraising, research priorities, patient advocacy, etc. and it will be challenge to find a important niche for this project.  However, a few observations and discussions have taken me back to my original interest in humanitarian medical projects (even before I was diagnosed with Parkinson’s Disease).  As international health efforts in the developing world achieve success in treating the infectious disease and malnutrition causes of death and as life-expectancy increases, there will be an increasing need to address chronic diseases in these populations, including Parkinson’s Disease.  For the past few years I have been considering a model that could be used to deliver simple, inexpensive treatment to areas in the developing world where these treatments are not currently available.  Looking at my itinerary for Run-the-World, the majority of the countries that I will be visiting did not have speakers at the World Parkinson Congress and undoubtedly have limited capacity to provide treatment to their Parkinson’s Disease patients.  With that in mind, I plan to spend the next couple months try to establish partners in the countries I will visit who might be able to benefit from the exposure my visit to raise Parkinson’s Disease awareness in their countries.  It is clear to me that I need to focus on this aspect of the project now and get back to the travel blog and fund-raising aspects in due time.  I will post updates on my progress and plan to restart travel planning around the first of the year.

If you happen to be from one of the countries that I will be visiting or have more thoughts on the direction of this project and opportunities to advance Parkinson’s Disease care in the developing world, please post your comments here or email me at the address above.

Of course, I can’t end this post without mentioning some of the tourist aspects of my trip to Canada even though touring time was limited.  My night in Ottawa was probably most memorable for the approach to the airport.  I have heard how spectacular the fall colors are in this part of the world, but it is truly impossible to describe the sight of flying just above the trees at sunset – the contrast and brilliance of the colors was amazing!  In Montreal I was able to do the two things on my checklist.  The Canadiens’ game was a great experience.   Prior to the season-opening game, downtown was transformed into a big fan zone with sponsor tents, a stage (Kings of Leon performed) and interview sessions with former players.  At the stadium, there was the annual ceremony in which each player on the Canadiens’ roster is announced individually, skates to center ice and takes hold of a torch from the previous player, until the captain is called and takes the torch to the coach on the bench. The game was close throughout with the rival Maple Leafs winning 4-3.  The night was marred only by a Canadiens’ player suffering a concussion when he landed face-first on the ice during his second fight of the night – not surprisingly igniting another debate throughout the league on the role of fighting in the sport. 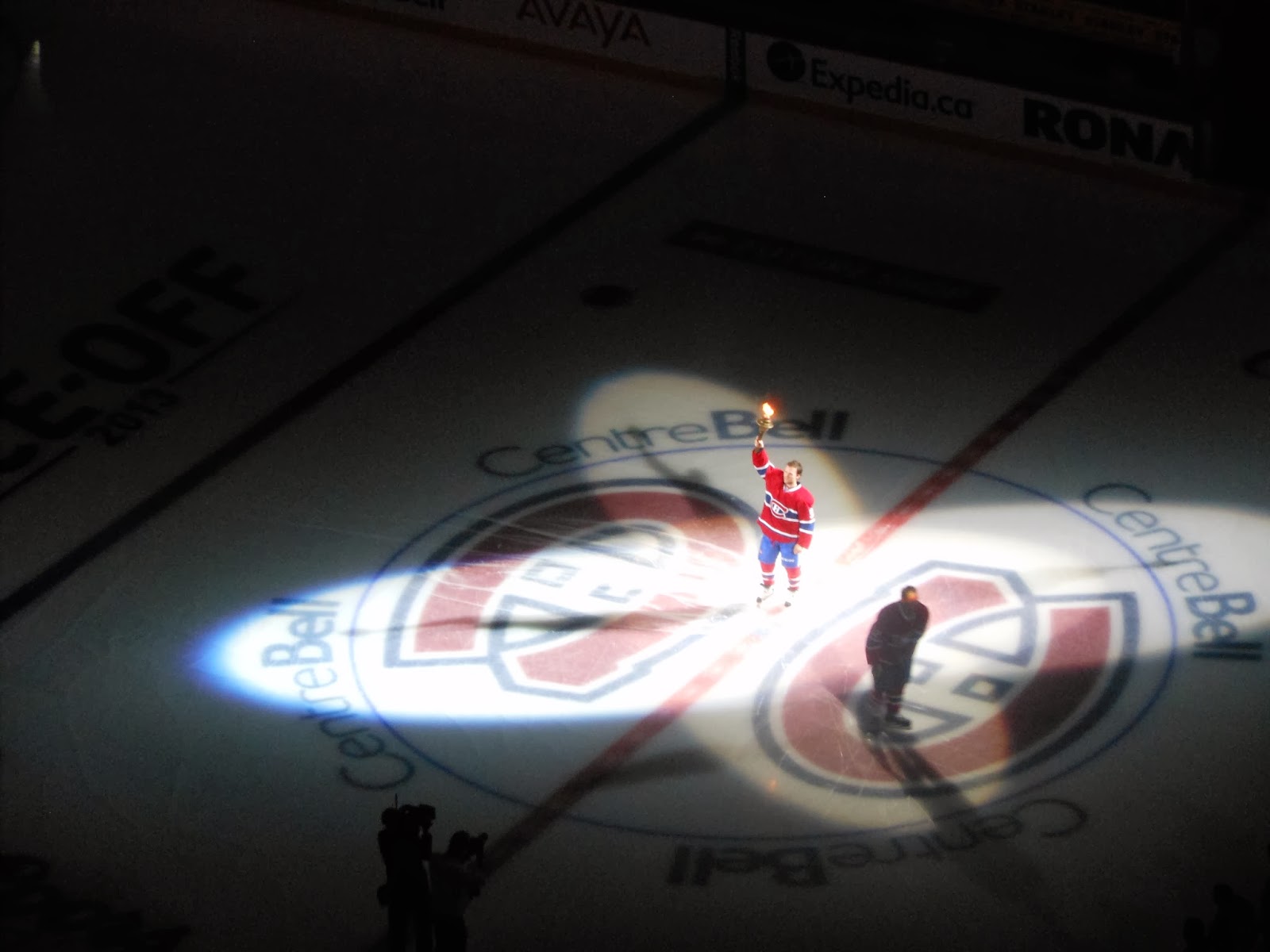 While the hockey game exceeded expectations, the visit to the Olympic Stadium was largely disappointing.  After a quick subway ride from downtown, I spent the 30 minutes before the next hourly tour walking around the stadium looking at the weeds, trash, and crumbling cement of a stadium that is obviously aging and underutilized.  Along with three others, I took the “tour” which involved a 15-20 minute opportunity to walk inside the stadium, listen to a 5 minute overview of the history of the stadium and take a few photos.  To be fair to the guide - there really wasn’t anything else to see or do.  There are no images or monuments to the Olympics of 1976 (apparently what is left is hidden by construction areas and plans are in place to expand exhibits in the future).  It was hard to imagine that I was at the site of all the Olympic events that I had preserved in my scrapbook when I was 10 and cut out every Olympic photo from the local newspaper.  However, this is not unique to Montreal.  I have posted a slideshow above with photos of all my visits to summer Olympic stadiums.  I had to steal a few photos from the internet to recreate old non-digital photos that I can no longer locate.  If I can’t keep my own photos organized – I guess I can’t blame the sites for their lack of memorials.

After only a few hours in Quebec City, I am ready to add it to my list of top 5 most beautiful cities that I have visited, which currently include:
-          Venice, Cusco, Cape Town, Bruges and now, Quebec City.

I would like to again close with thanks to everyone interested in this project and an invitation to anyone in the countries that I will be visiting to let me know if my visit can help you get raise Parkinson’s Disease awareness in your country.