Morocco and Portugal – The Joy and Frustration of Travel

One of the most common questions I have been asked since I returned home is, “Where would you most want to go back to?”  Given that one of the things I missed most while traveling alone was not being able to immediately share experiences with someone, the places I most want to go back to are the places that I think would be most fun to travel to with my wife, Lila.  At the top of the list, in addition to Petra, is Morocco. 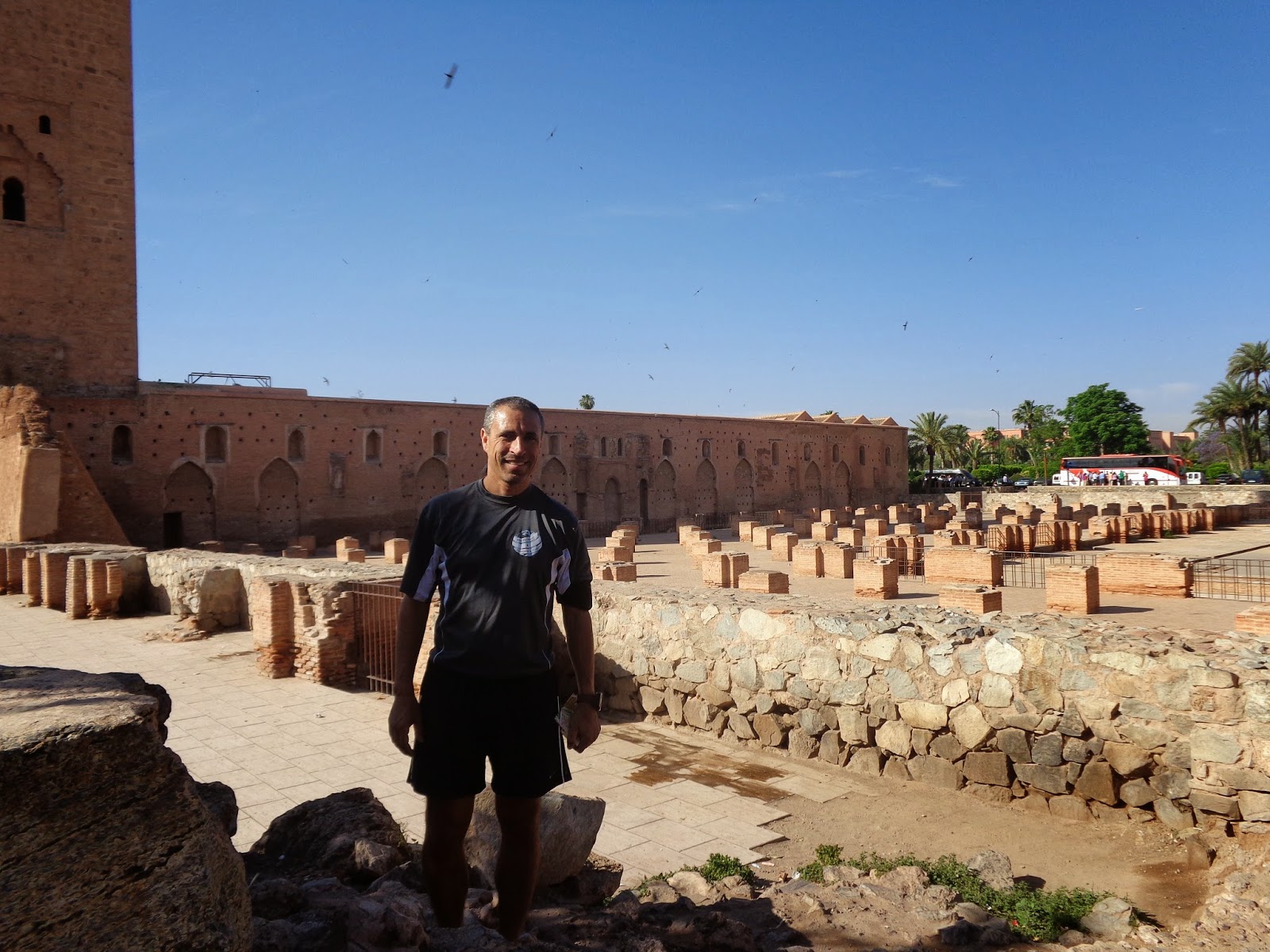 From the outset, I expected Morocco to be one of the most memorable places I would visit and given all the rave reviews I had read, I chose to go to Marrakesh.  My flight from Brussels had an 8 hour stop-over in Casablanca, so Morocco was the only country in which I visited two major cities.  My stop in Casablanca went quite well.  After landing, I caught the train to the city, which was a real historic experience.  I then wandered the streets, before ducking into a local café to eat dinner and watch a Champions League soccer match. The food was great and even the huge number of flies in the restaurant didn’t give me anything significant to complain about that evening. Given my smooth travels through Casablanca, I was unprepared for what was to await me after I returned to the airport for my onward flight to Marrakesh. 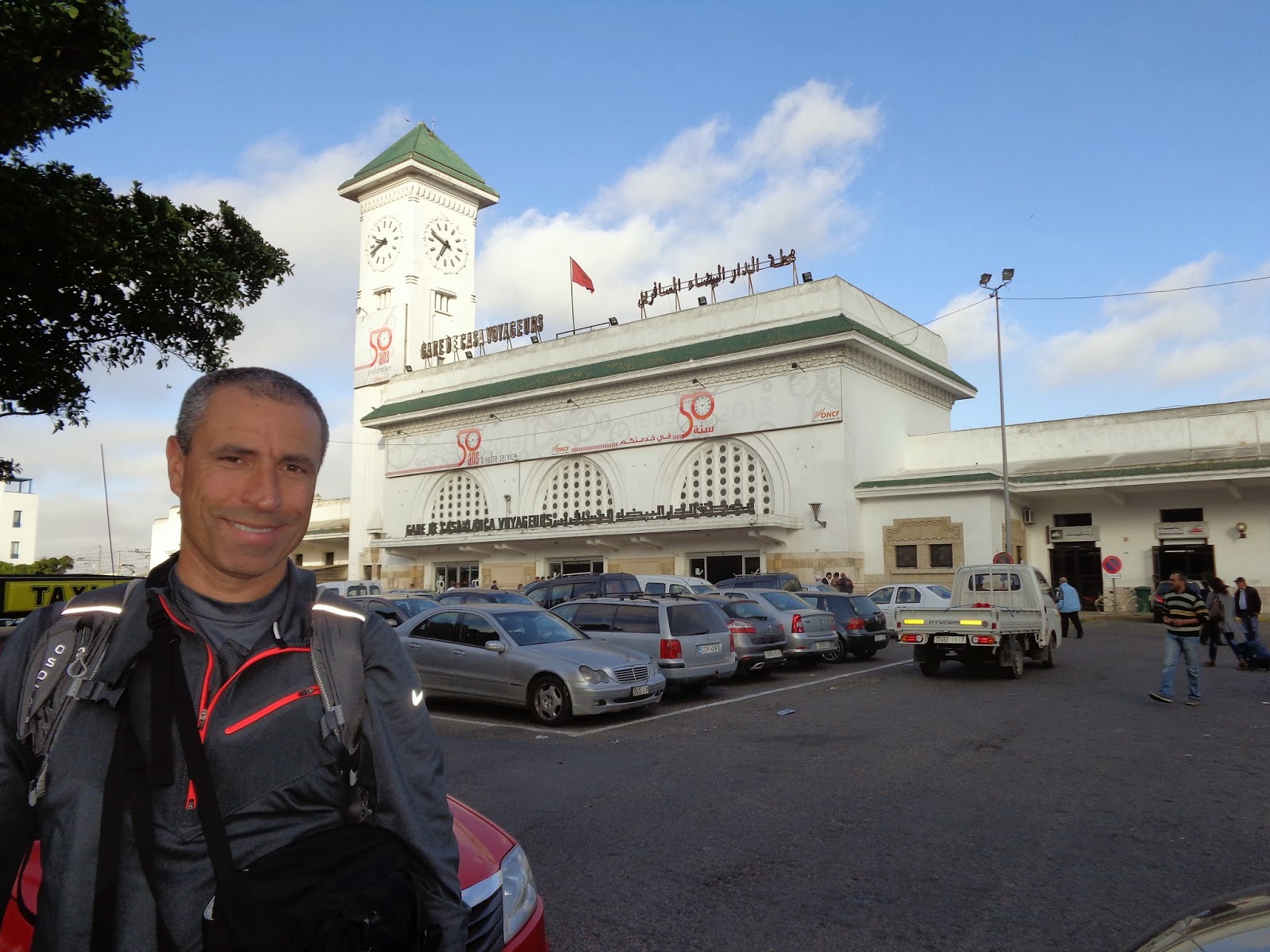 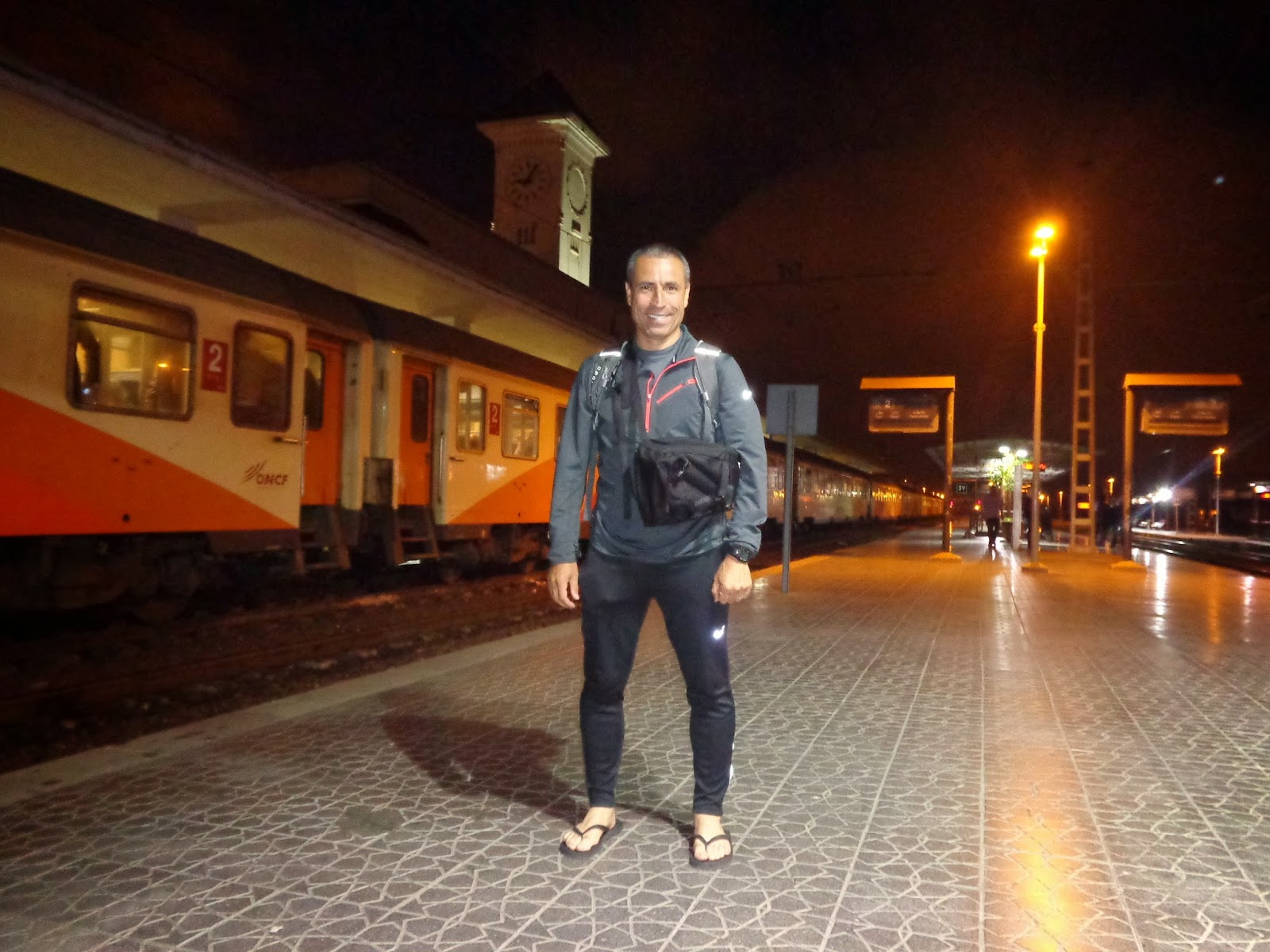 At the airport in Casablanca, I was met with a number of challenges including:
1.  Find the Domestic Terminal – it’s difficult to explain the 15 minutes spent walking in circles, walking up and down the same stairs before finally finding what seemed to be a secret passageway to the security line.
2. Find the proper gate – no departure boards displayed the gate numbers for the evening flights in the terminal and it was maddening to try to decipher the scrolling sign boards at each gate.  I settled on the gate that displayed Marrakesh and had a flight that departed within 10 minutes of the time on my boarding pass. I was joined by the majority of the people crammed in the circular terminal and the line appeared way too long or a small domestic flight.  Sure enough, once they started boarding, half of us were directed to the gate next door (one by one as we approached the gate without an announcement overhead).  Ten minutes later our line at the new gate started to board, again without an overhead announcement and still without a sign at the gate displaying Marrakesh as the destination. 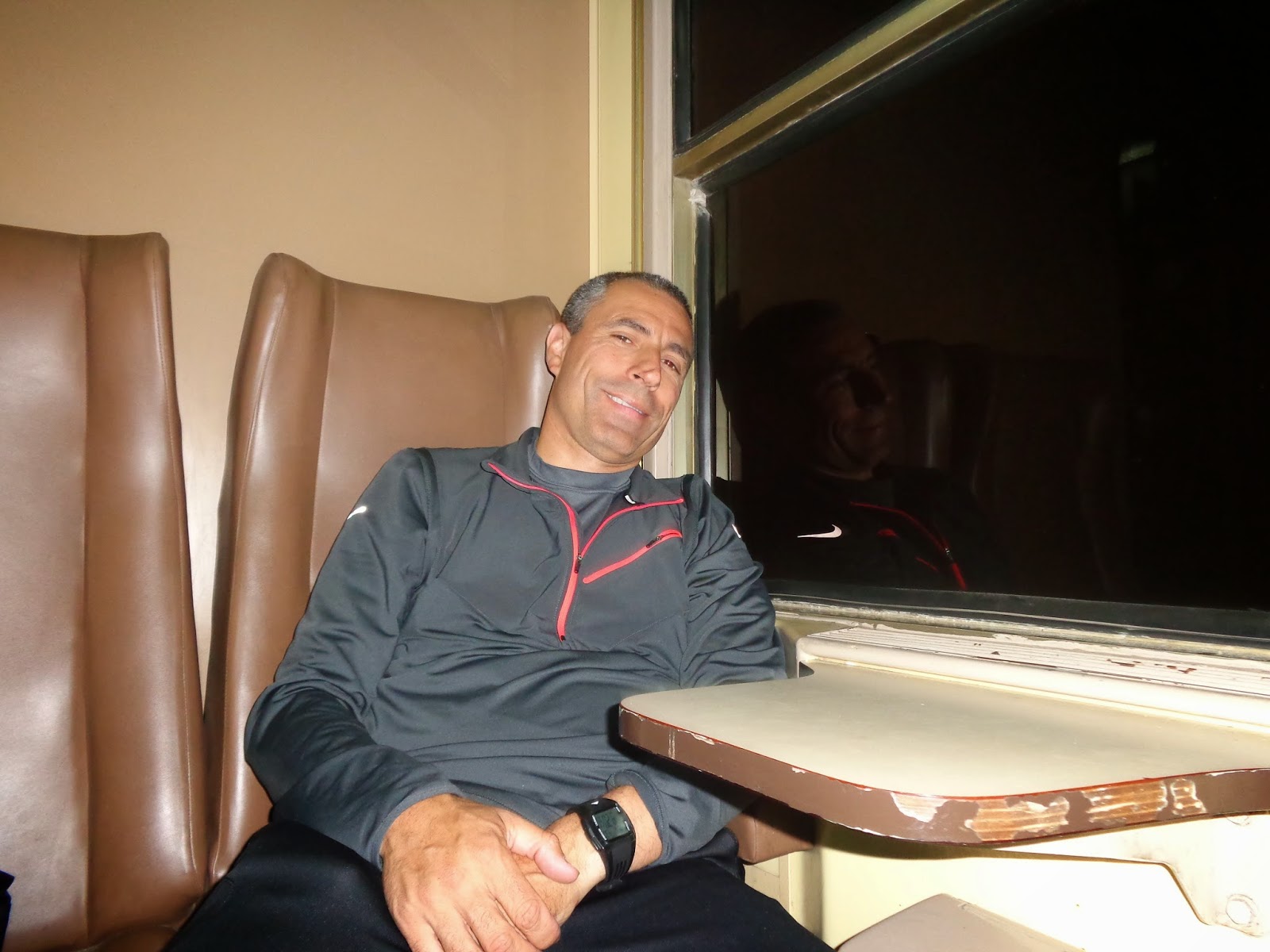 Arriving in Marrakesh brought another list of challenges:More taxi adventures – arriving around midnight, always adds to the chaos around securing a taxi.  In this case, the quality of my selection was limited by mechanical issues with the car, a significant language barrier with the driver and the driver's lack of familiarity with the hotels.  After visiting a service station, 2 wrong hotels and multiple alleys - we finally made it to the hotel that I had a reservation at…though the front desk staff couldn’t find my reservation.  The very indifferent staff at the front desk,  seemed quite bothered that I would show up at this hour without a reservation in their system and even more inconvenienced, when I logged into my Expedia account and showed them documentation of the prepaid confirmation.  After 25 minutes of searching through papers and making phone calls, they gave up, handed the bellman my key and said they would try again to contact Expedia in the morning.  By the time I got to the room, I was so tired that I hardly noticed how strange the room was with its penthouse layout, a kitchen/bar that was midway through a remodeling project and a balcony looking over a dirt parking lot. I quickly fell asleep and in the morning went for a beautiful run in Marrakesh. 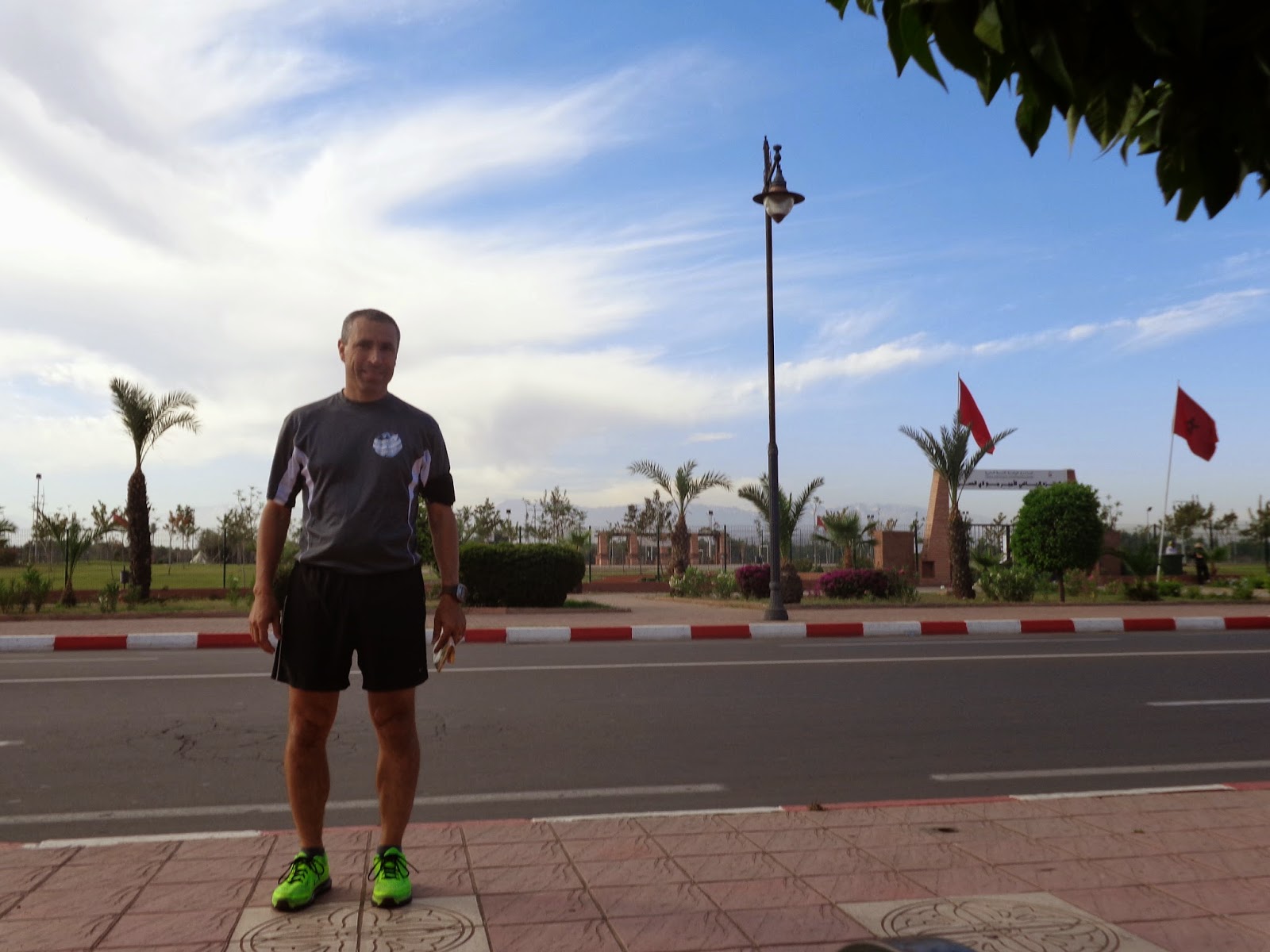 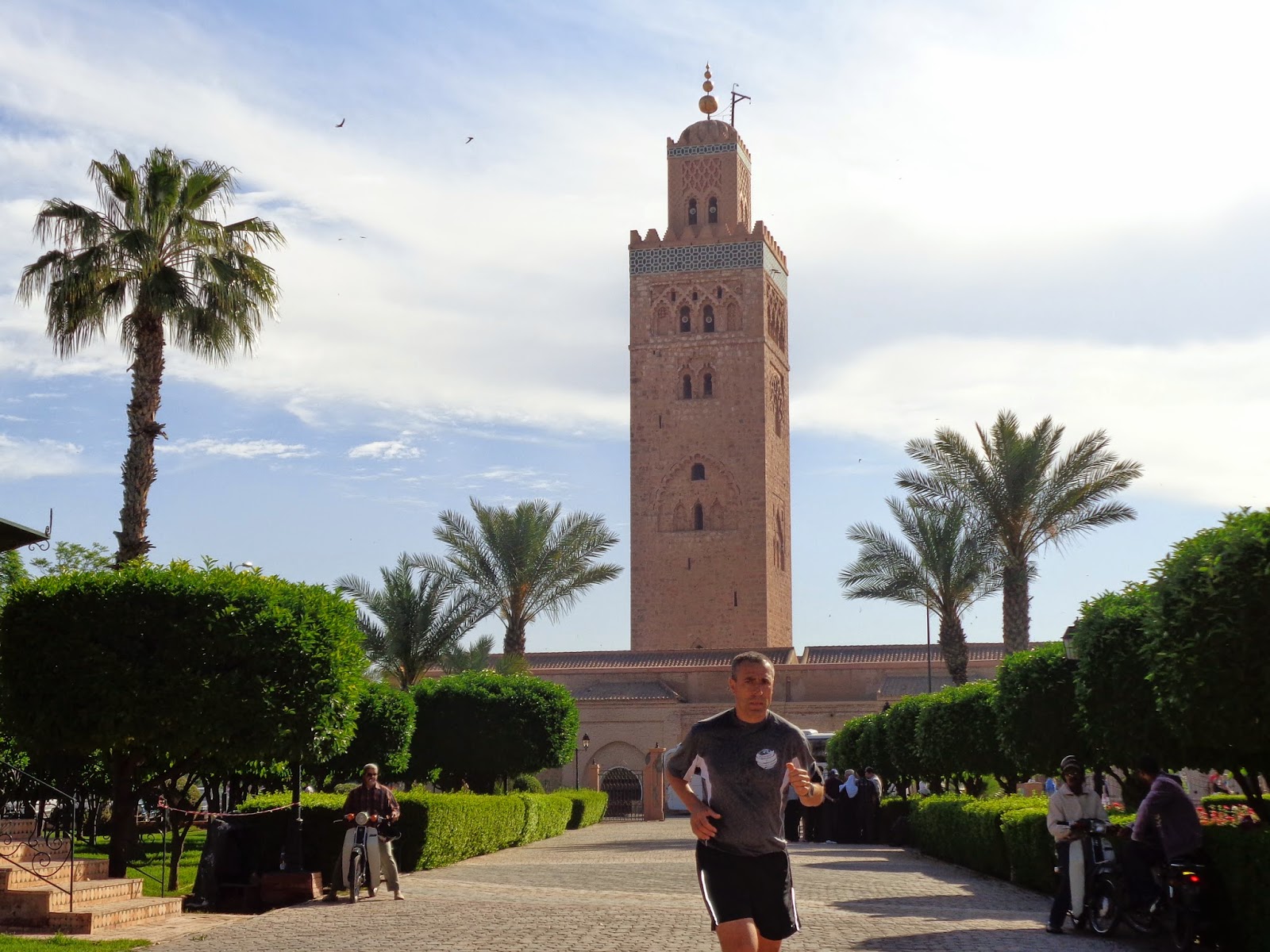 When I got back to the hotel it looked like natural disaster had just hit the city and my hotel was serving as a local shelter.  At least 50 people were spread out across the lobby with their baggage - waiting to check out.  I realized there was no chance of inquiring about the status of my reservation and decided to shower and clear out my room before check time - hoping the lobby would clear out by then.  Just as I was about to get into the shower, I noticed something else very strange...all the towels has disappear from my room.  Nothing else was disturbed – just no towels, despite a full stock of towels present before my run.  Now I had had enough and angrily decided to call the front desk…only to find there was no phone in the room. Now even more frustrated, I put running clothes back on and went looking for housecleaning.  I went up and down floors and could not find even one housekeeping cart.  I finally found a house cleaner in the lobby and asked her for towels - she pointed and said, "You need to ask there".  There being the front desk that was just as swamped with guests as before.  At this moment of despair I was met with a stroke of genius.  I had paid for my room on-line when making the reservation, I didn’t need to leave the city until late afternoon, the hotel had no payment information to charge me any inappropriate charges and as they were too busy to help me - they were also too busy to hassle me.  I then went up to the room and showered (the bed sheets were excellent towels compared to my sweat pants which I had to use a couple time at previous hostels), leisurely packed my bag and then found a great little enclave in the lobby to spend a couple hours writing, napping, and snacking before catching the hop-on hop-off bus for a tour of a remarkably beautiful city. 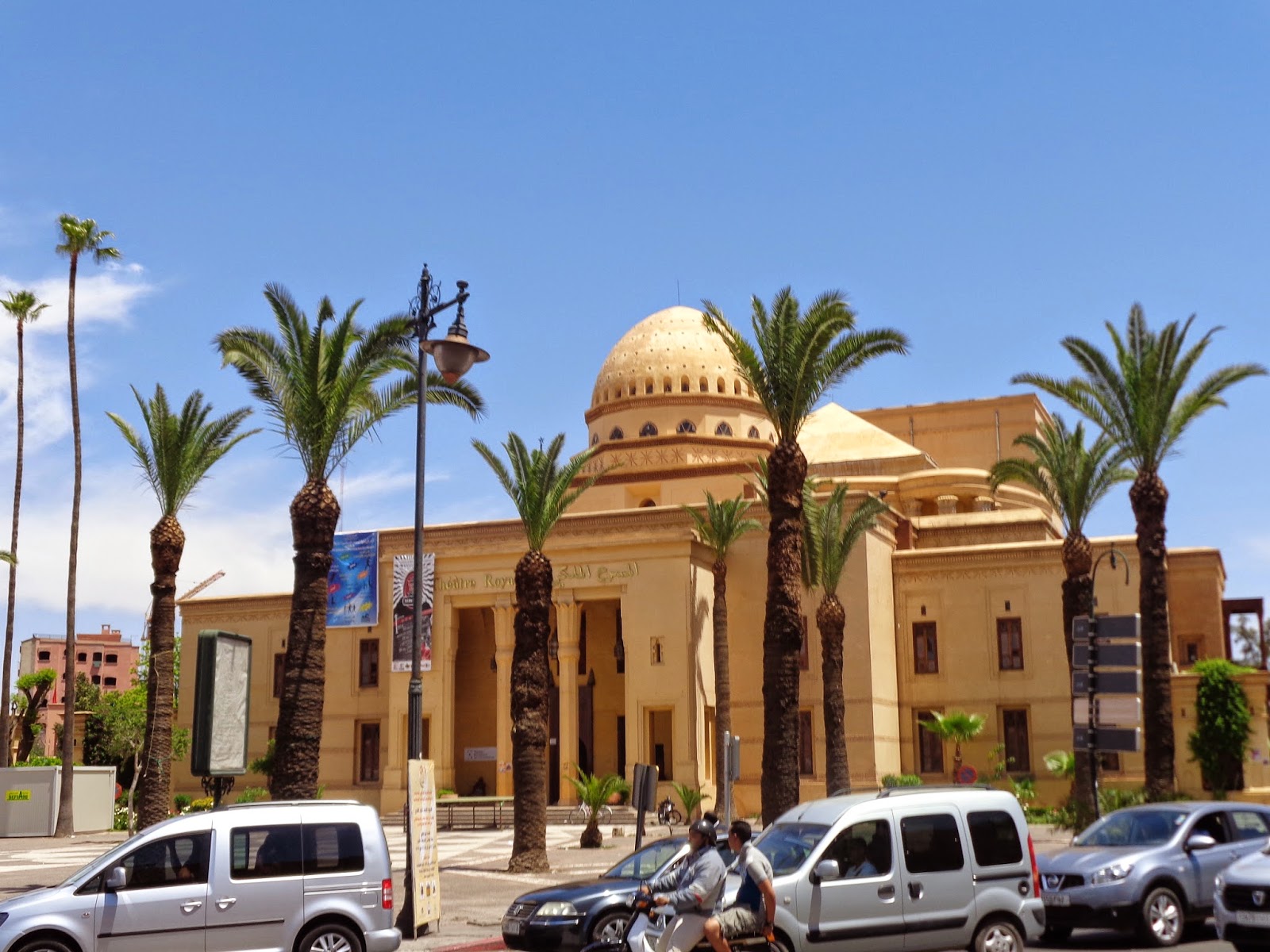 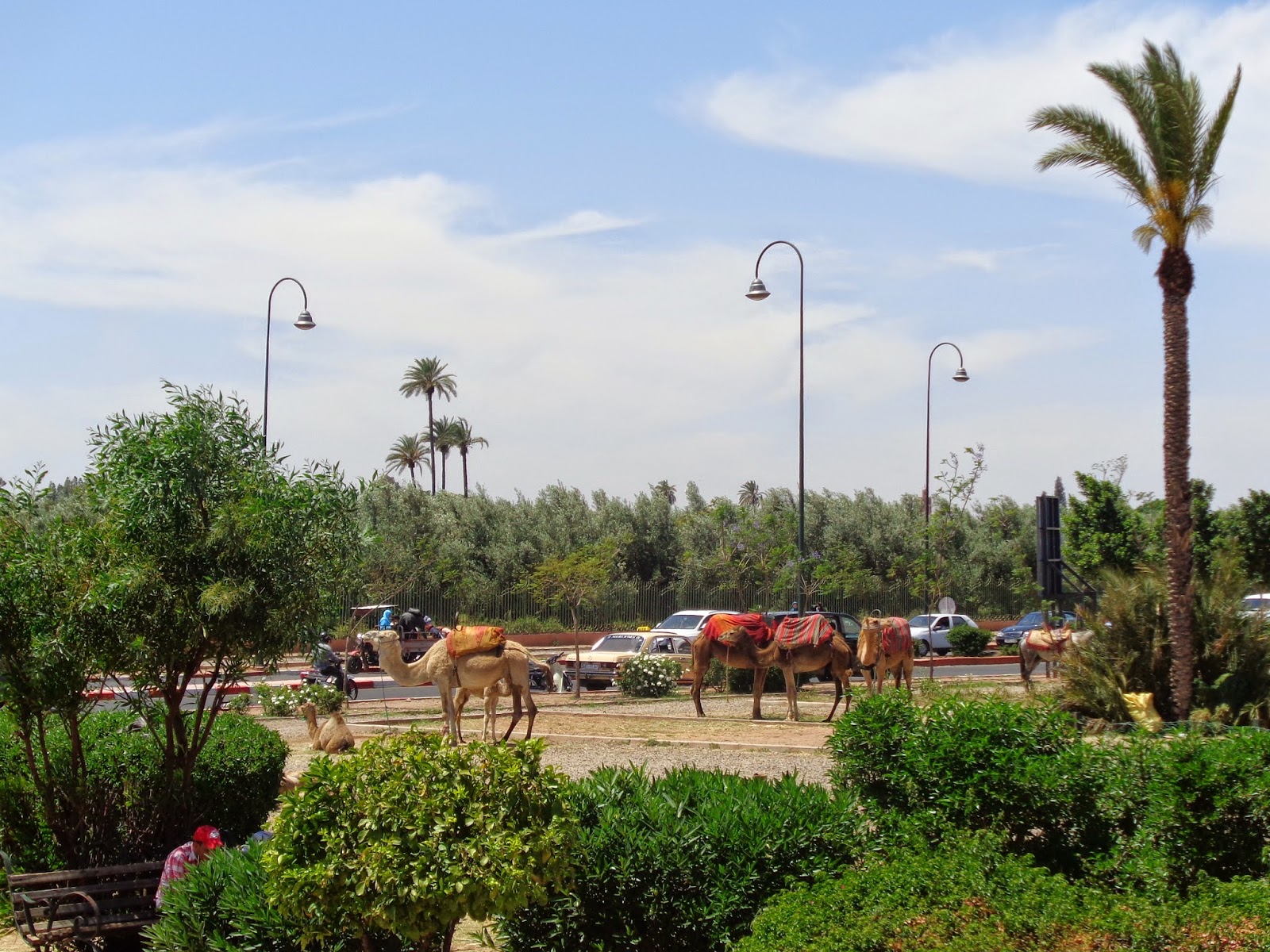 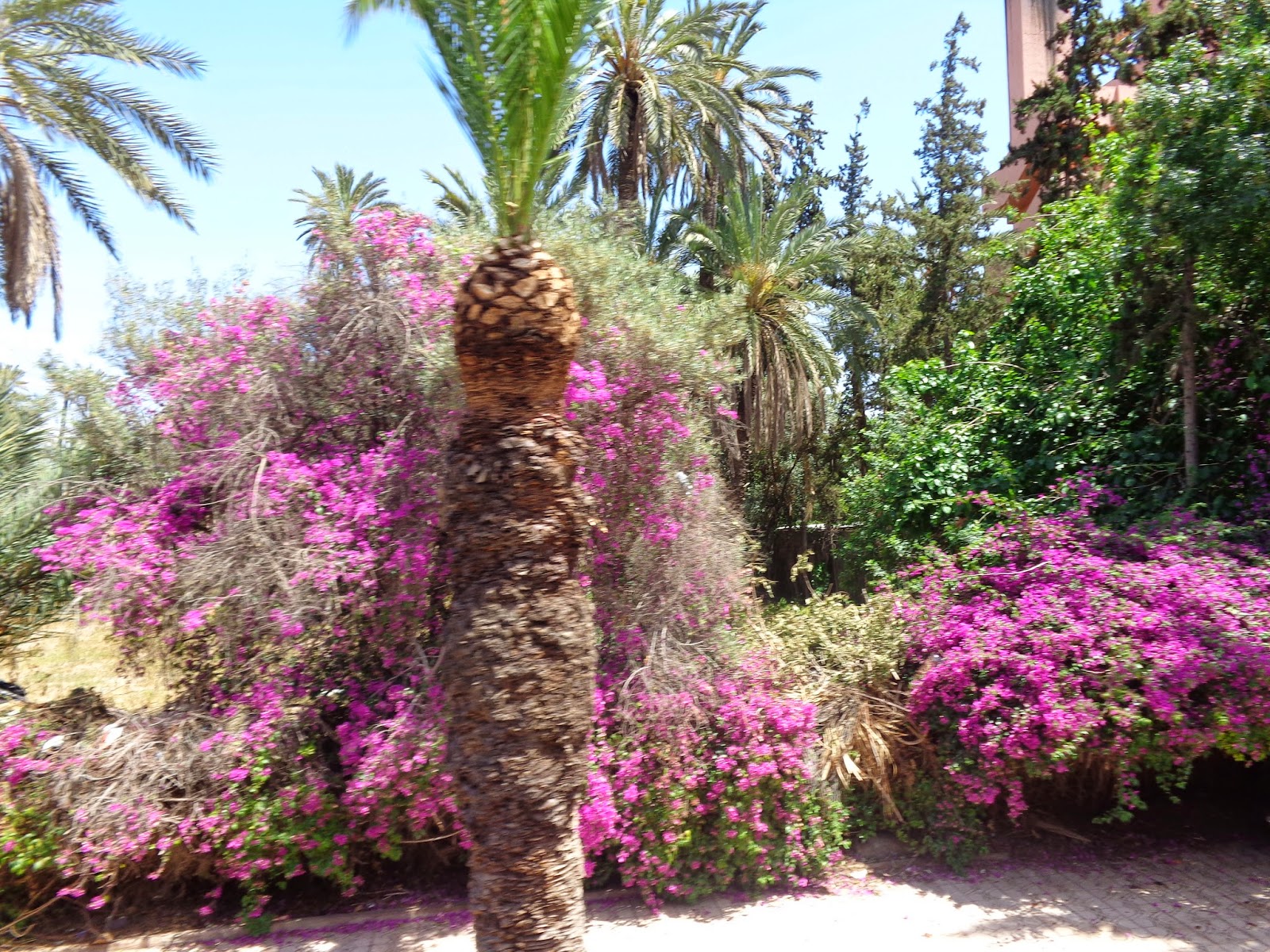 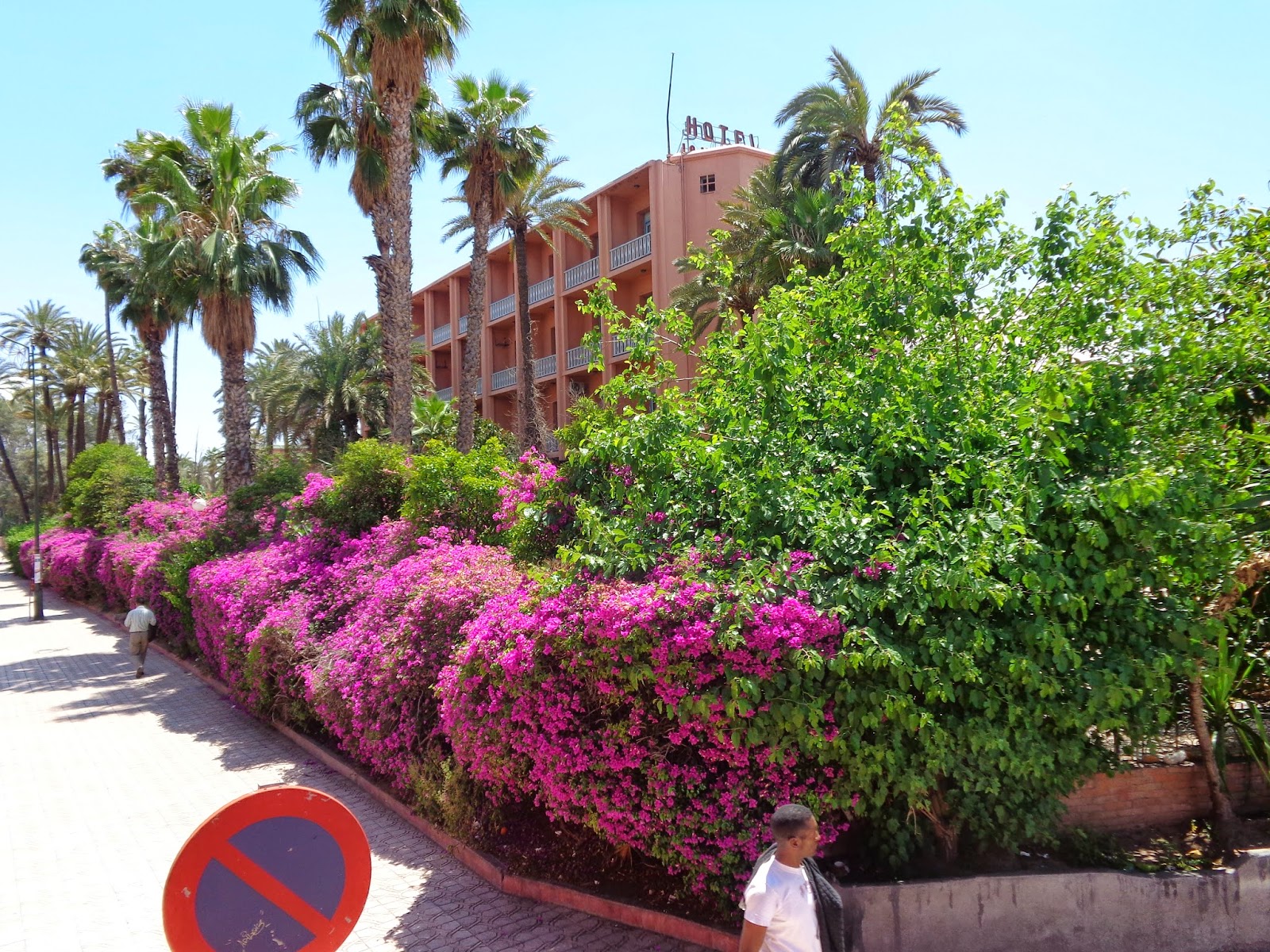 For the past dozen years, I have dreamed of having a part-time home in the Algarve region of Portugal when I retire.  However, I had never been to Lisbon, so this was another of my most anticipated stops. My arrival couldn’t have gone smoother:  the metro station is attached to the airport, so it was a simple transfer to my hotel where I was met by one of the friendliest receptionists in all my travels.  The city was in the throes of two celebrations that evening as it was May Day and Benefica, one of the local soccer teams, was playing it’s semifinal match in the Europa League.  As soon as I checked into the hotel, I headed out for a beautiful evening run with a plan to finish quickly and return to the hotel to watch the second half of the match. 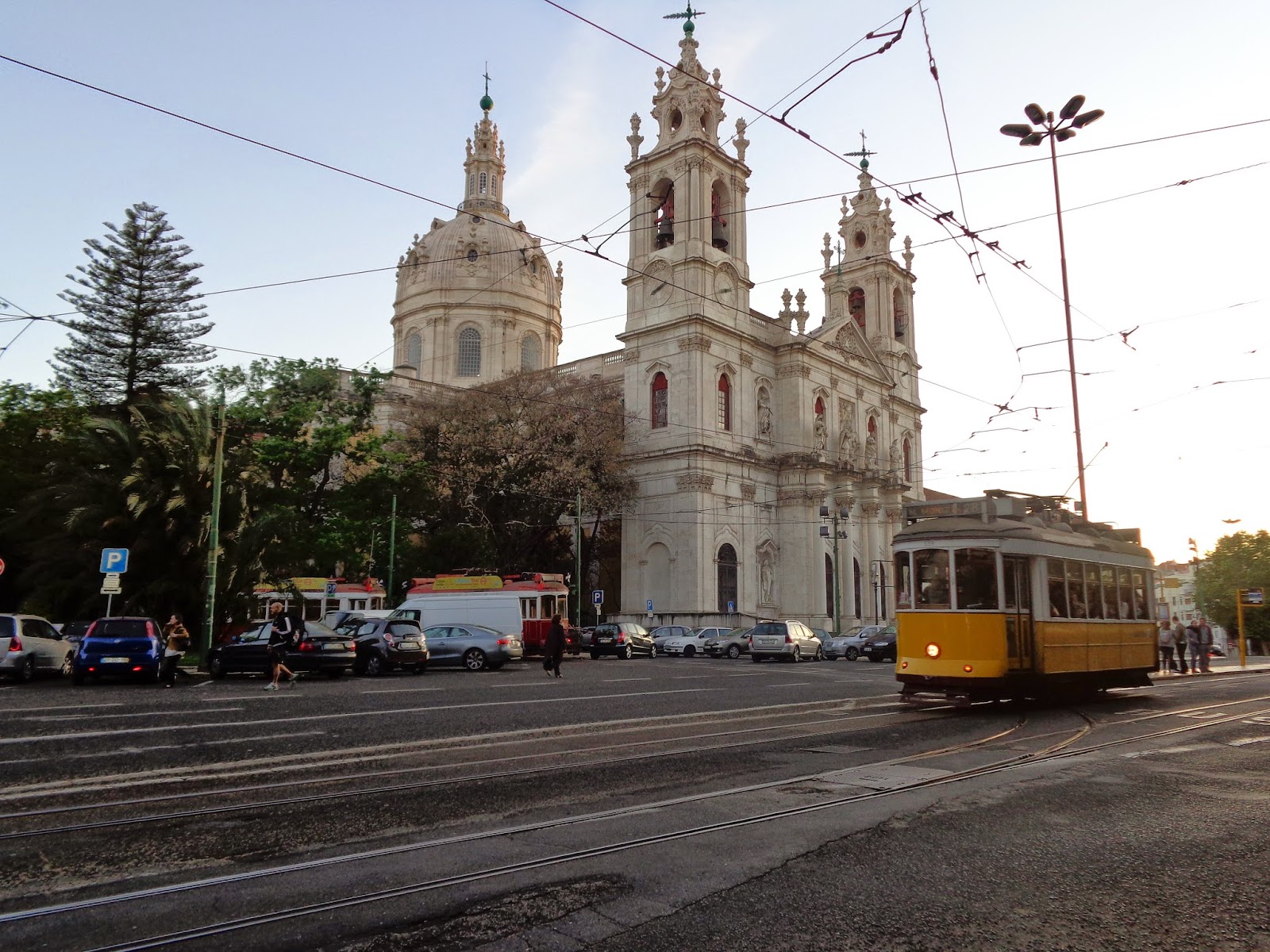 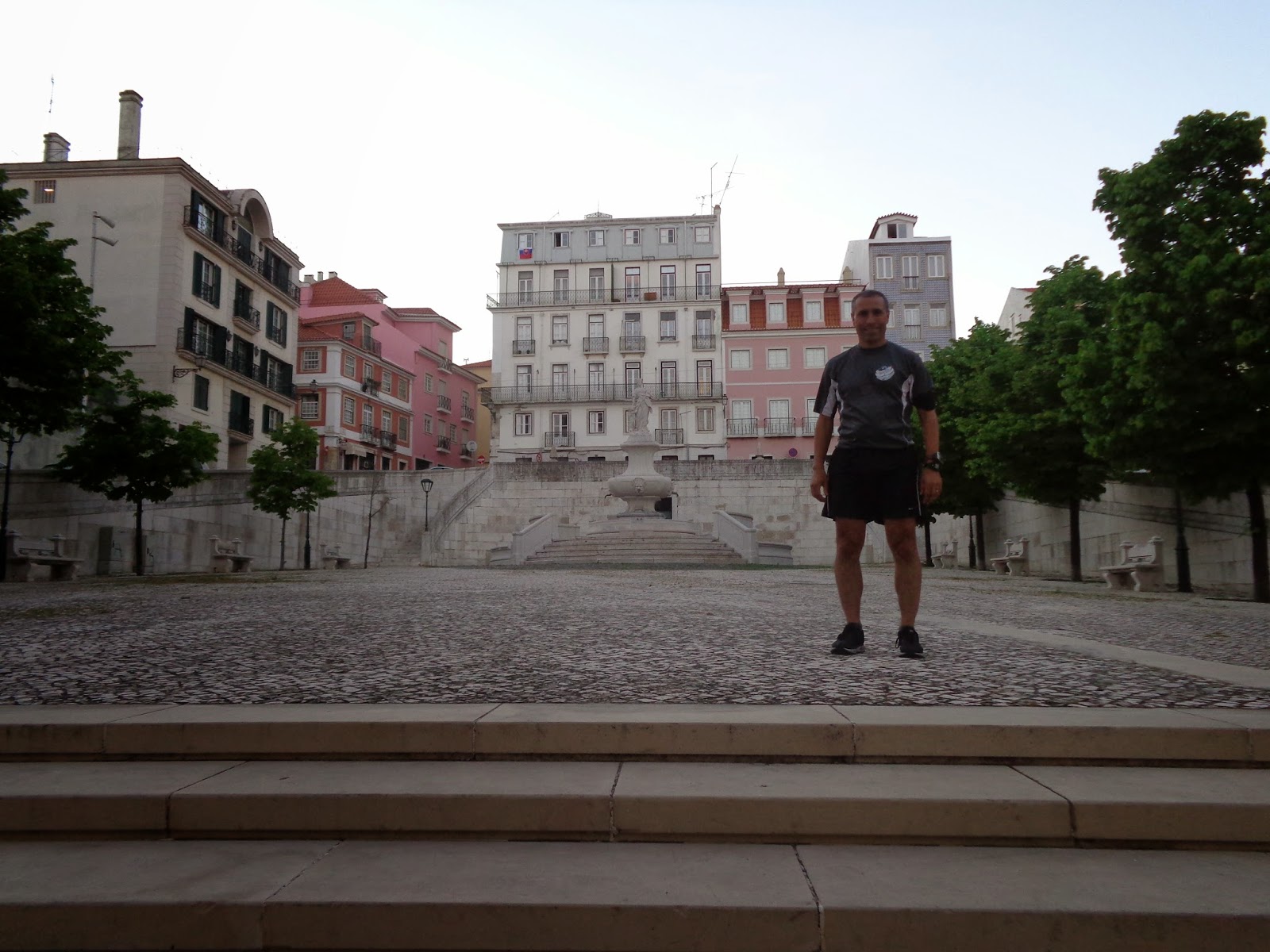 The narrow winding streets, never-ending hills and numerous historic sights – made the city fascinating.  In my case, the numerous sights meant I kept running long after I should have turned back because I kept wanting to see one more sight on my map.  The winding streets meant I got hopelessly lost. The multiple hills meant the 7.5 miles that I covered that night were along one of the most difficult running course. 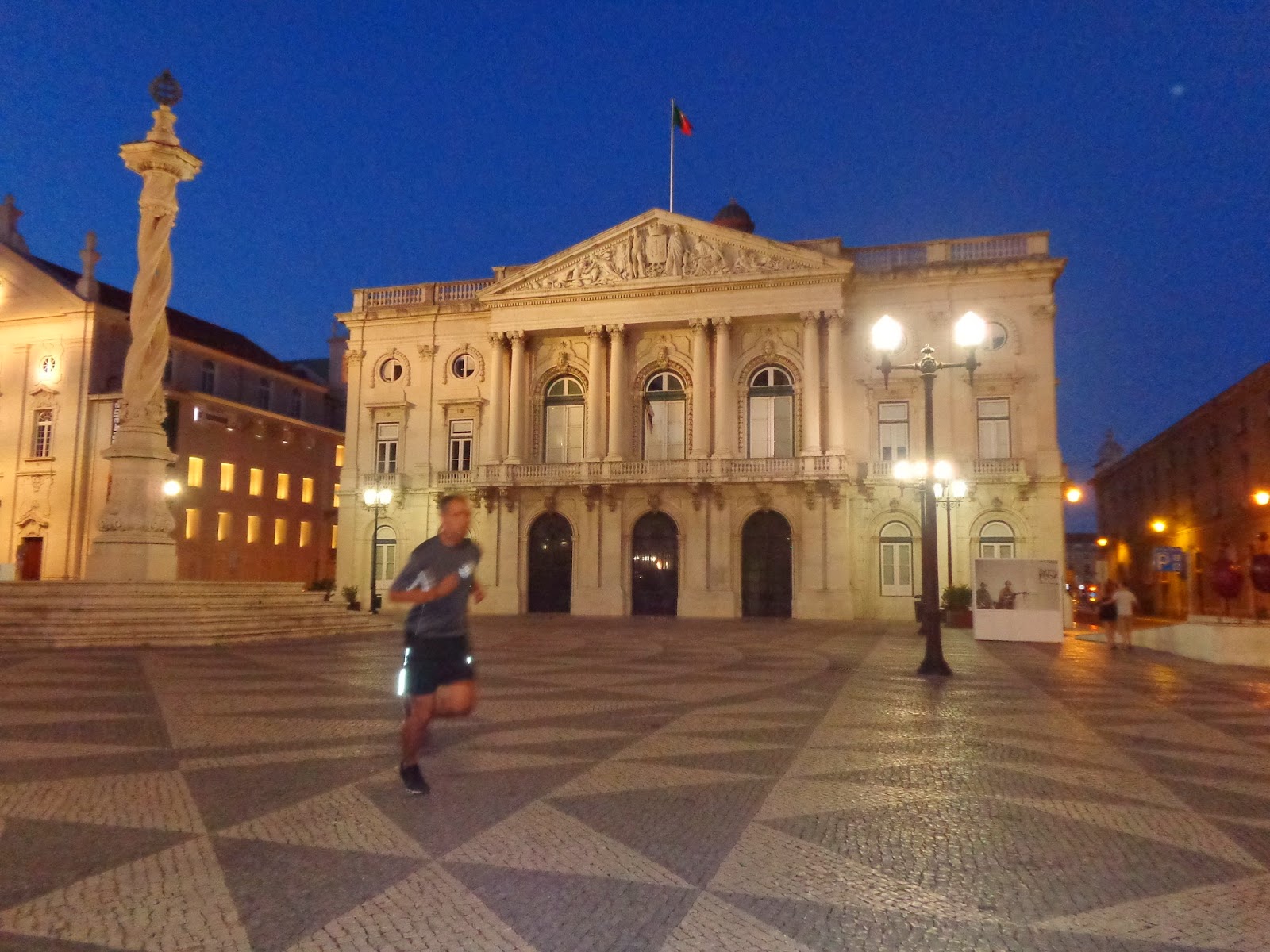 I finally arrived back at the hotel with 2 minutes left in the game and quite exhausted.  However, as with my time in Marrakesh, the frustrations of travel were met with many more joys of travel and I got to see two truly amazing cities that day. 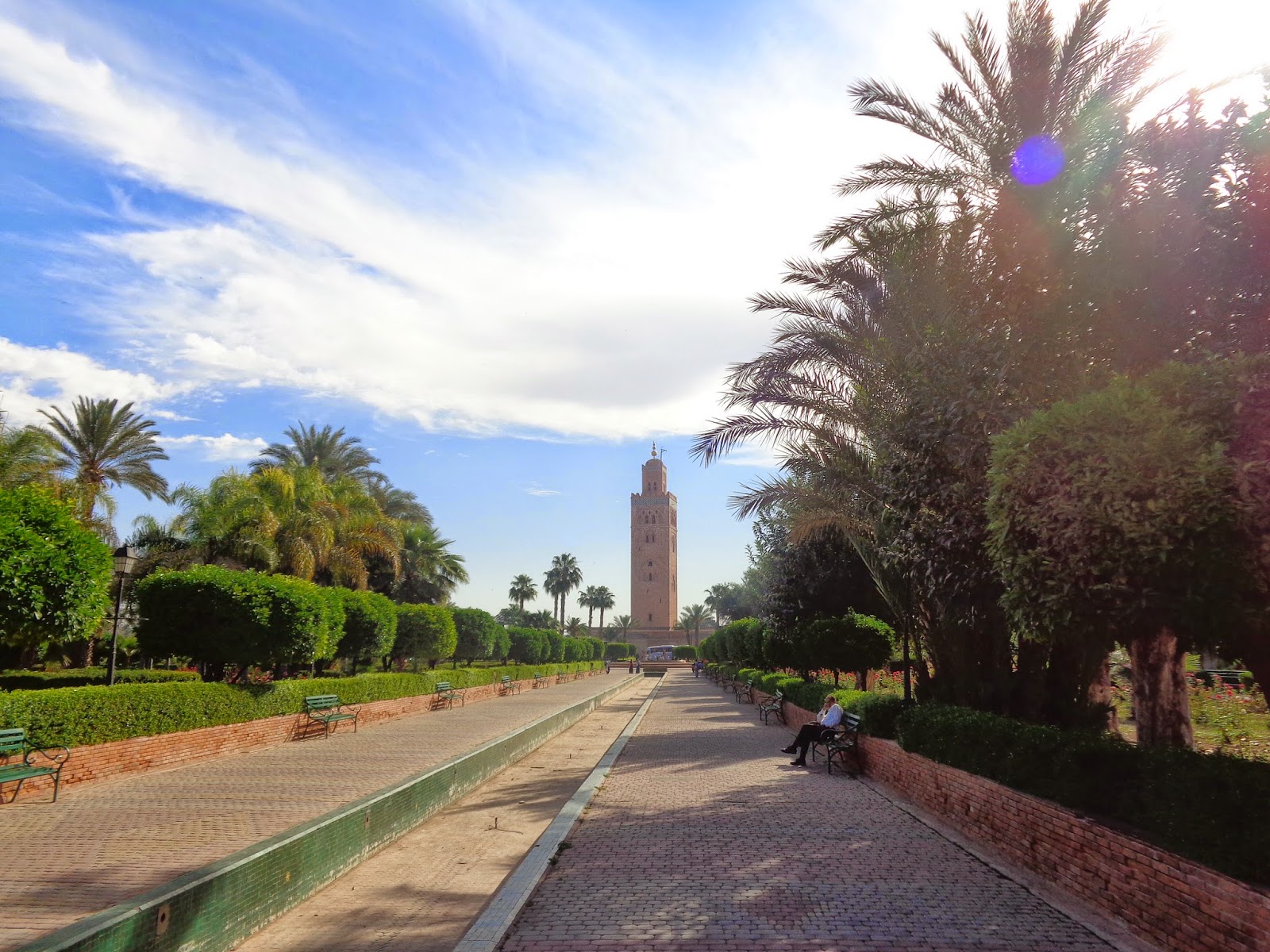 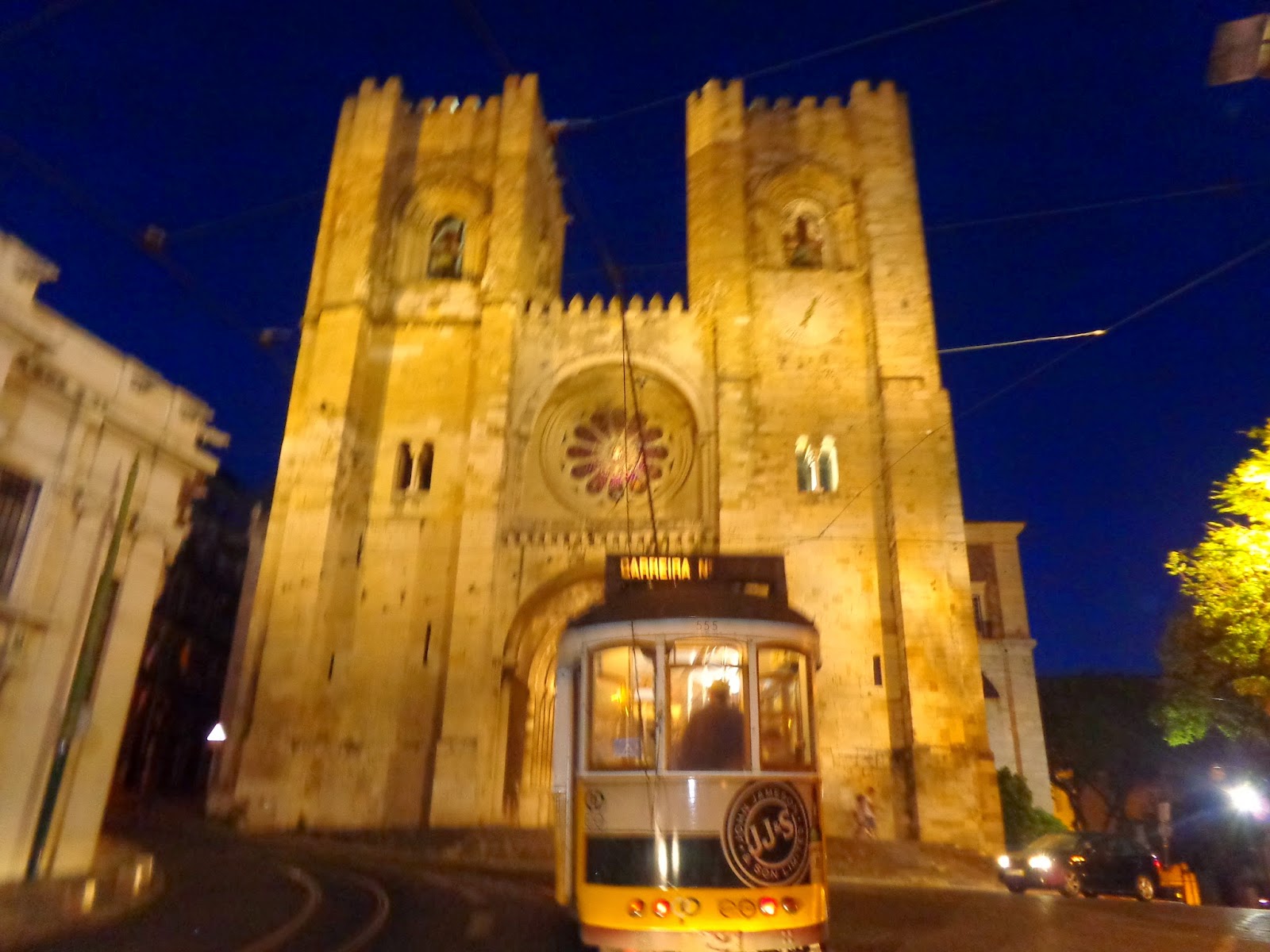 I want to acknowledge the donation of our Country Sponsor for Portugal.  With our many moves in the Air Force, we have been fortunate to make many good friends along the way. Among the best are John and Sue Kang. 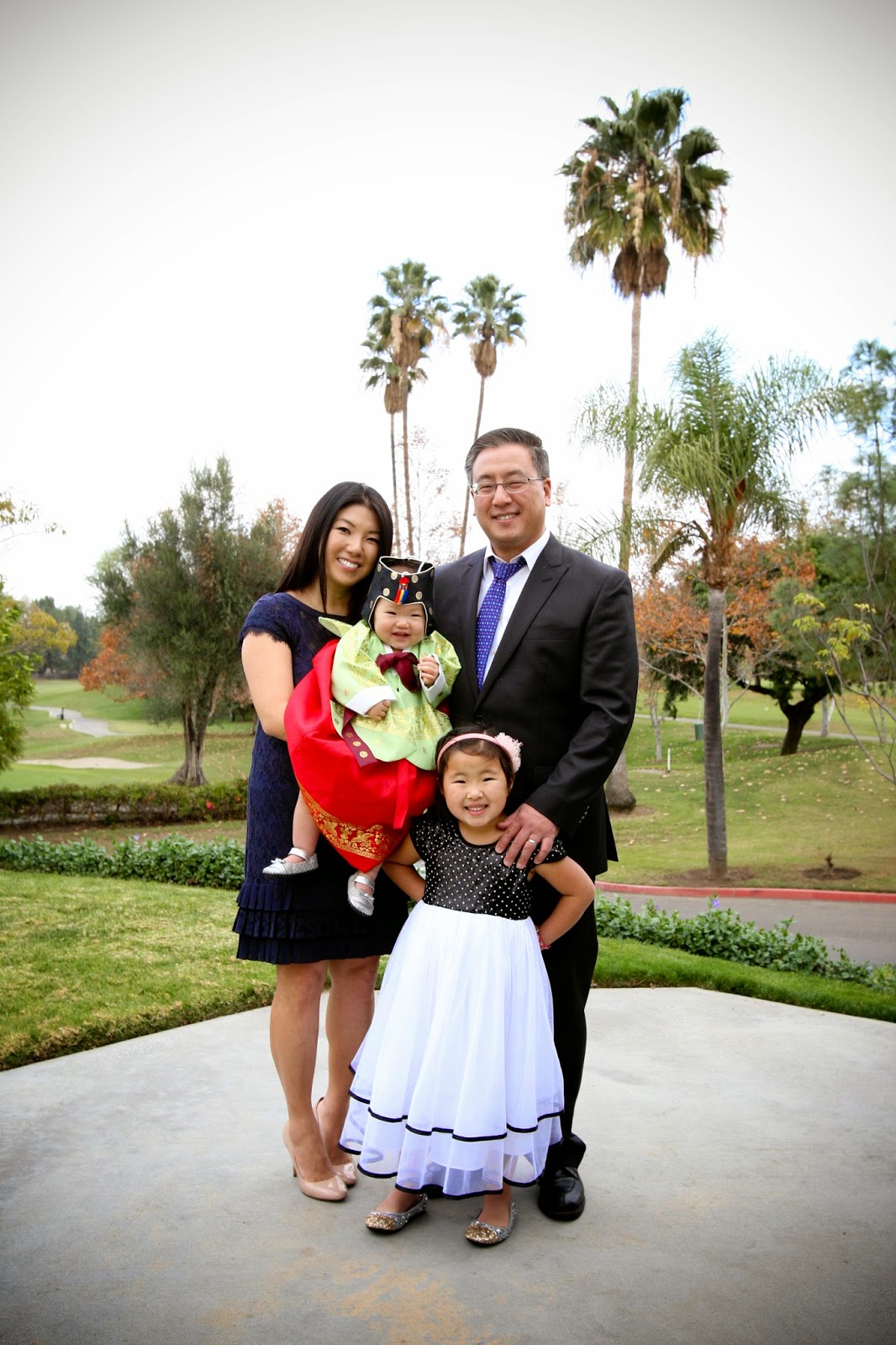 Posted by Marcus Cranston at 7:55 AM