My overnight stop in Oslo was again - very brief.  As I was looking forward to meeting up with my parents the next day in Iceland, my time in Norway seemed even shorter that it was. However, with a lack of major expectations, my night was to include several "successes" that are good examples of the small things that defined my daily success on this crazy journey. 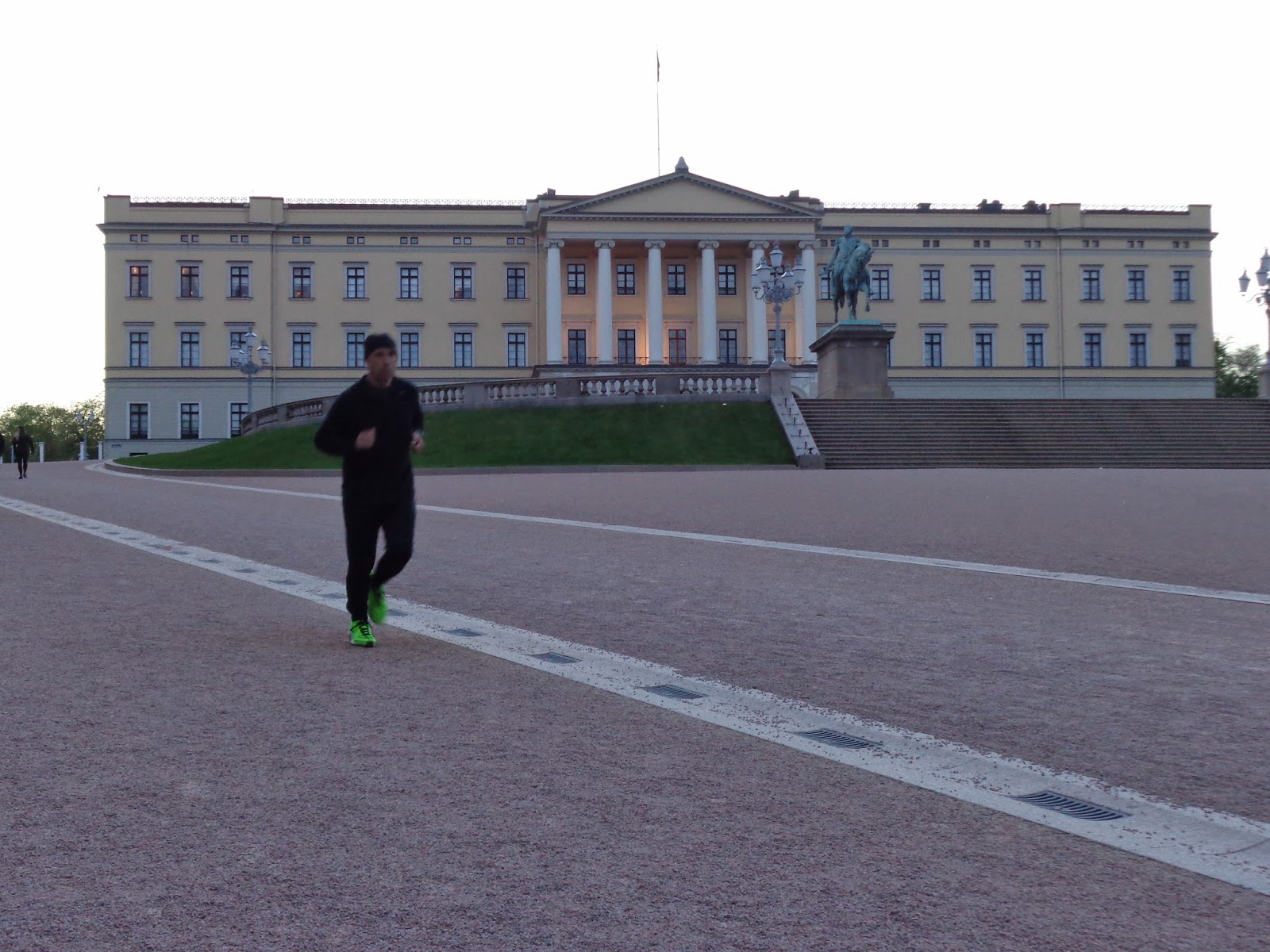 My mother was instrumental in helping me plan the contents of my backpack in the months leading up to my departure.  That included obtaining 3 pairs of socks made out of alpaca wool from her friend that sells them.  Unfortunately, in the week prior I had: lost a pair, burned holes in a pair by leaving them on the lamp to dry, and finally tore a hole in one sock of my final pair on the day I traveled to Norway.  Therefore, I considered it a stroke of good luck and a great opportunity to complete one of priority task for the day when I found a sporting goods store in the Oslo train station with running socks on sale.  Later in the evening (thanks to the late sunset in this northern latitude) I again found good fortune during my run when - in addition to encountering many beautiful building in the Oslo city center - I came across a fabulous tulip garden and another opportunity for photos with the symbol of Parkinson's. 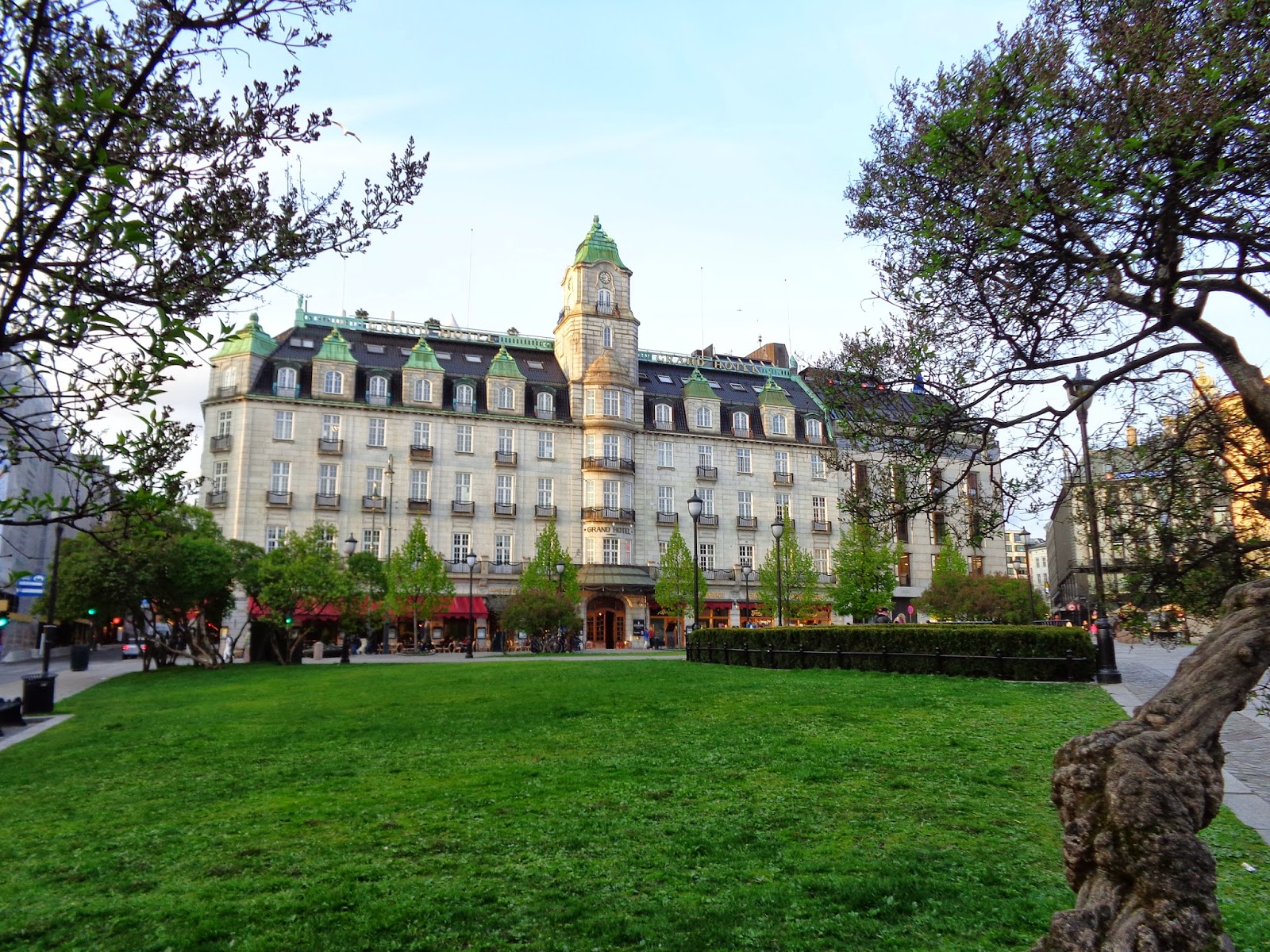 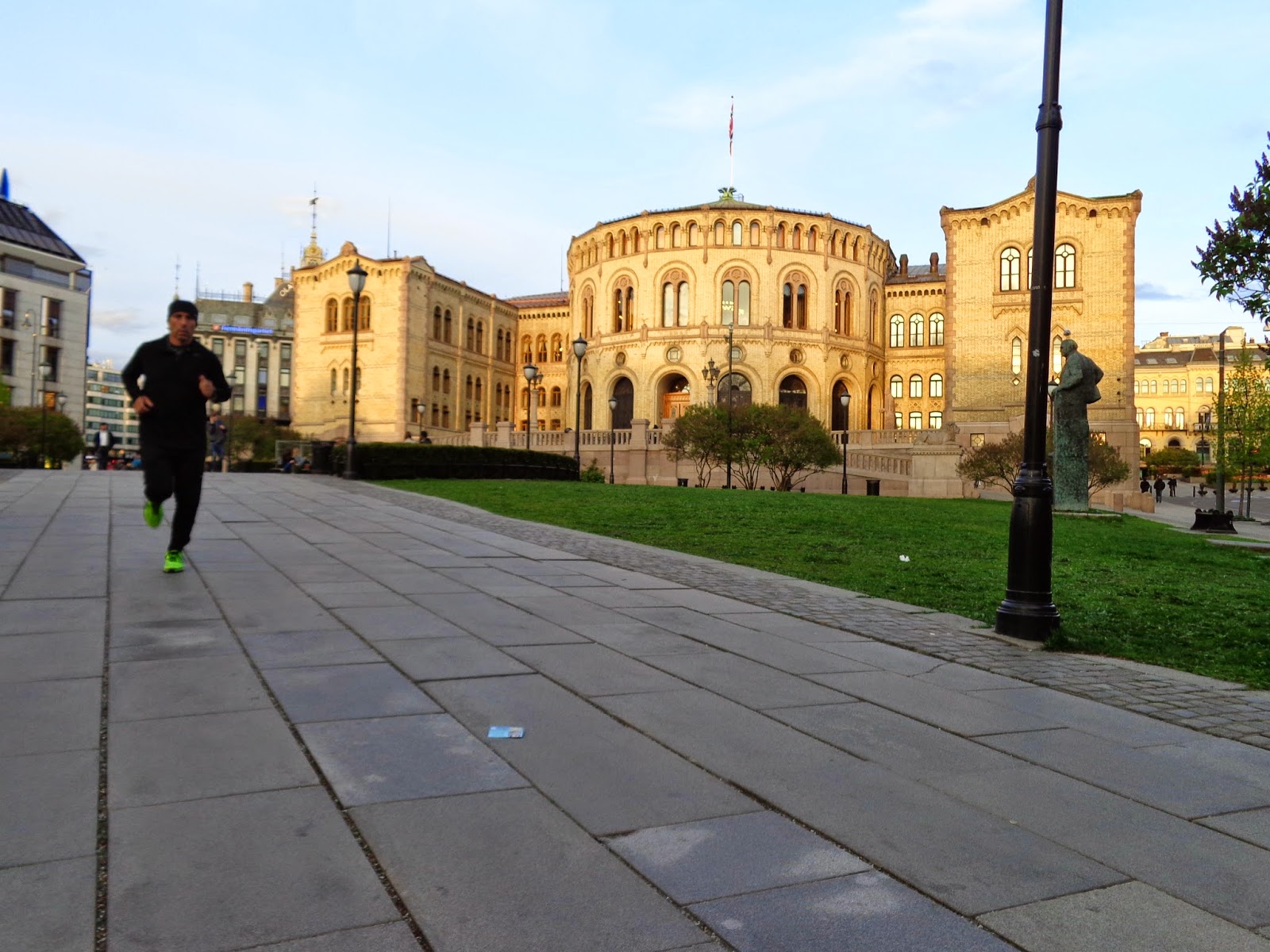 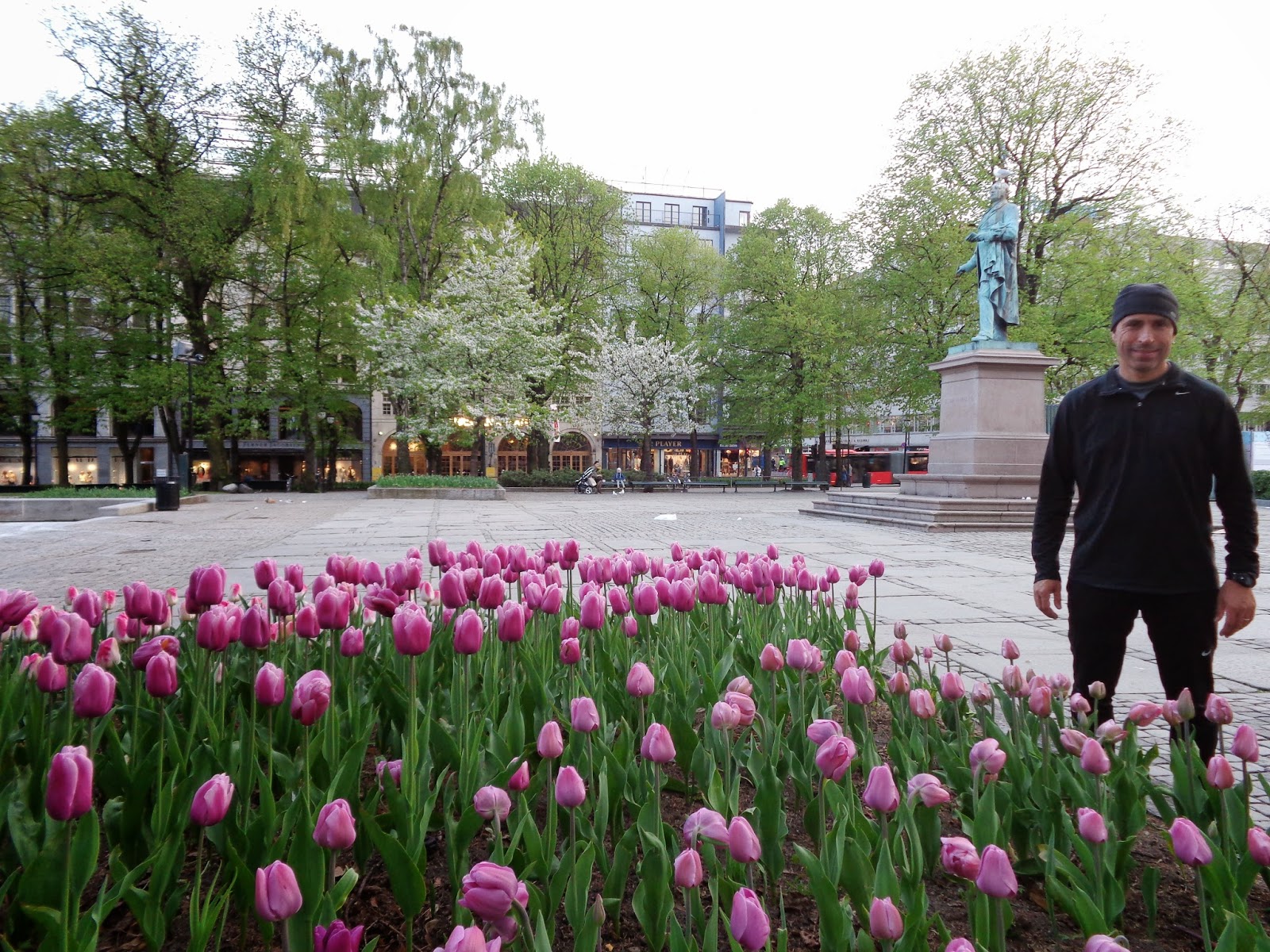 By the time I arrived in Iceland, it had been 3 weeks since I had seen familiar faces/family in Malaysia and a little longer since I had received the surprising email from my parents stating that they would be meeting me in Iceland, so I was full of anticipation when I landed. 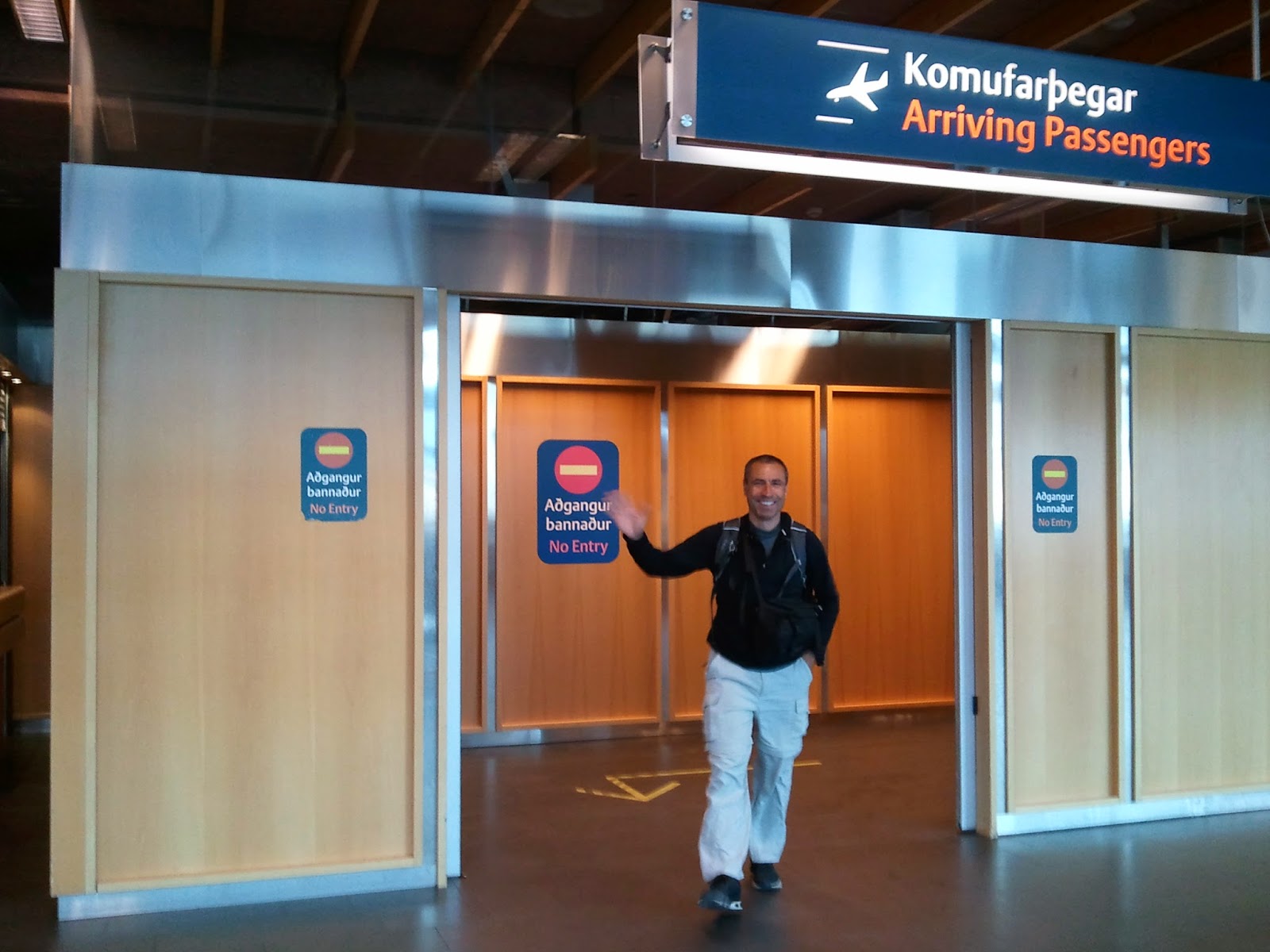 My parents had already been in Iceland for a few days by the time I got there and therefore, had already established a base in and gained a good lay of the land around Reykjavik.  This made it easy to start exploring the natural beauty of the island... 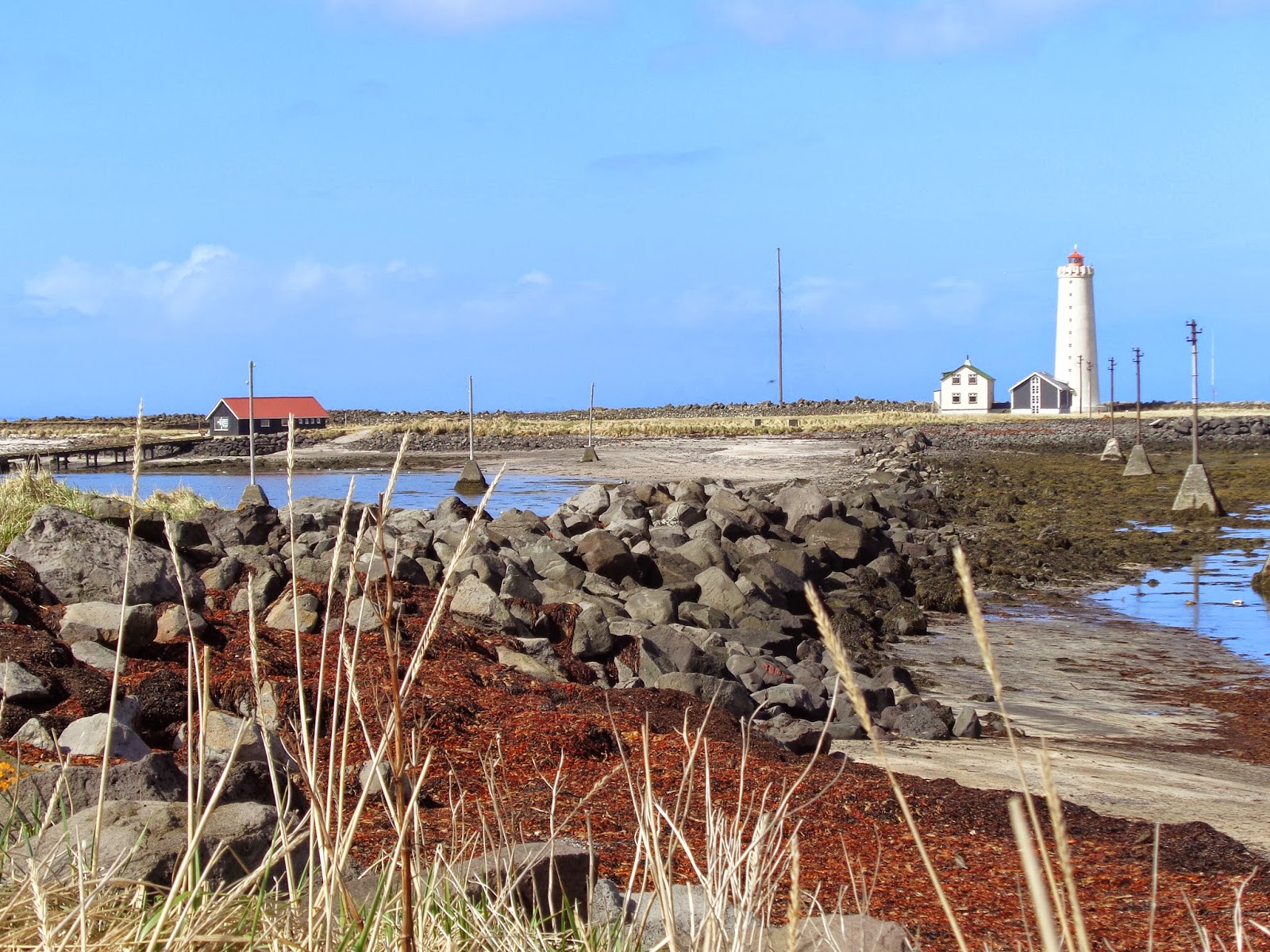 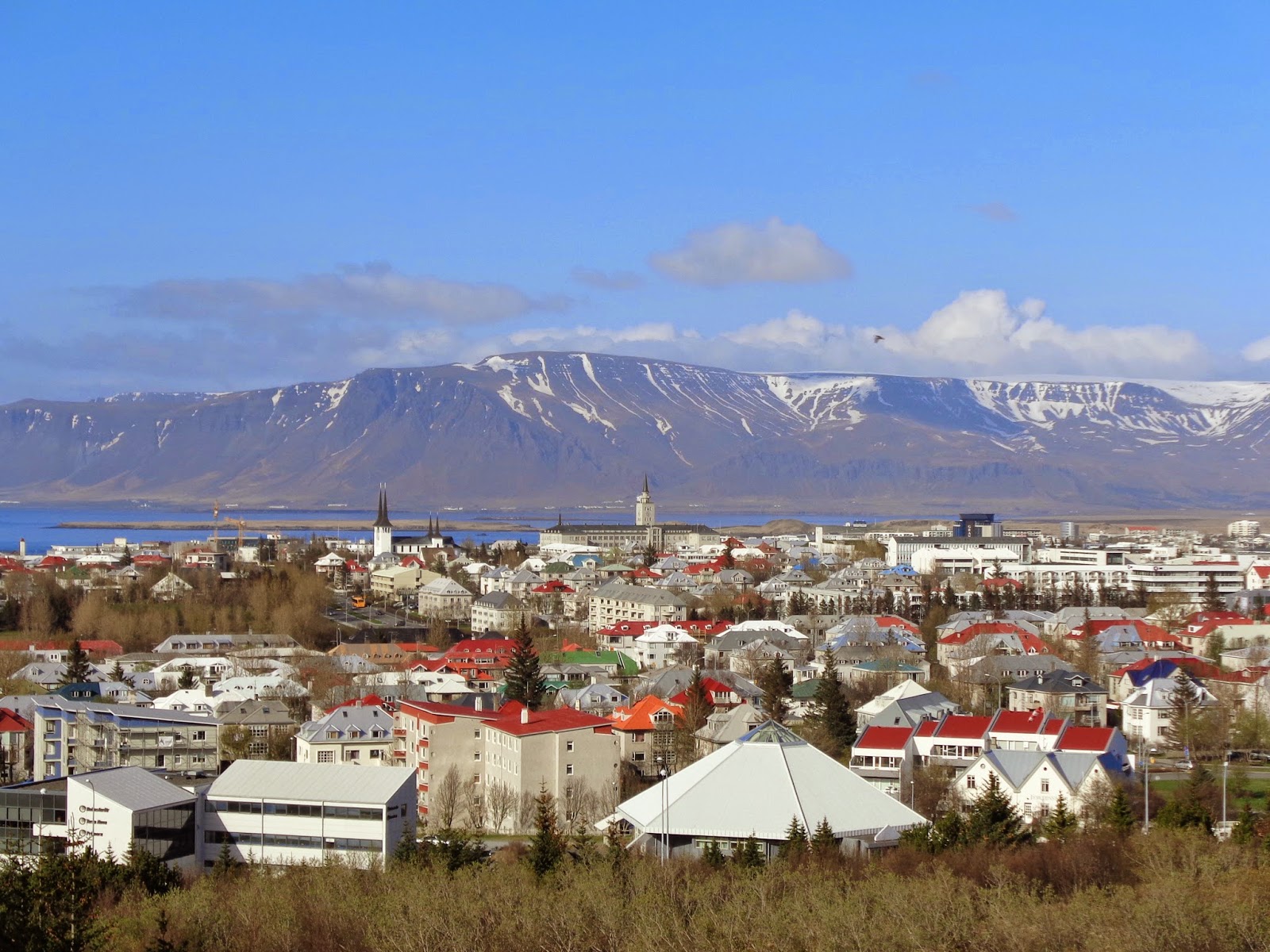 ...and through the generosity of the management at Hotel Laxnes, I had been offered a free room for my 2 nights in Iceland.  Throughout my journey I have been consistently impressed by the friendliness of those I have met and this was just one more example of the wonderful hospitality that encountered.  Hotel Laxnes is in the town of Mosfellsbaer, just minutes from the city center of Reykjavik and with spectacular views of the surronding mountains.  www.hotellaxnes.is 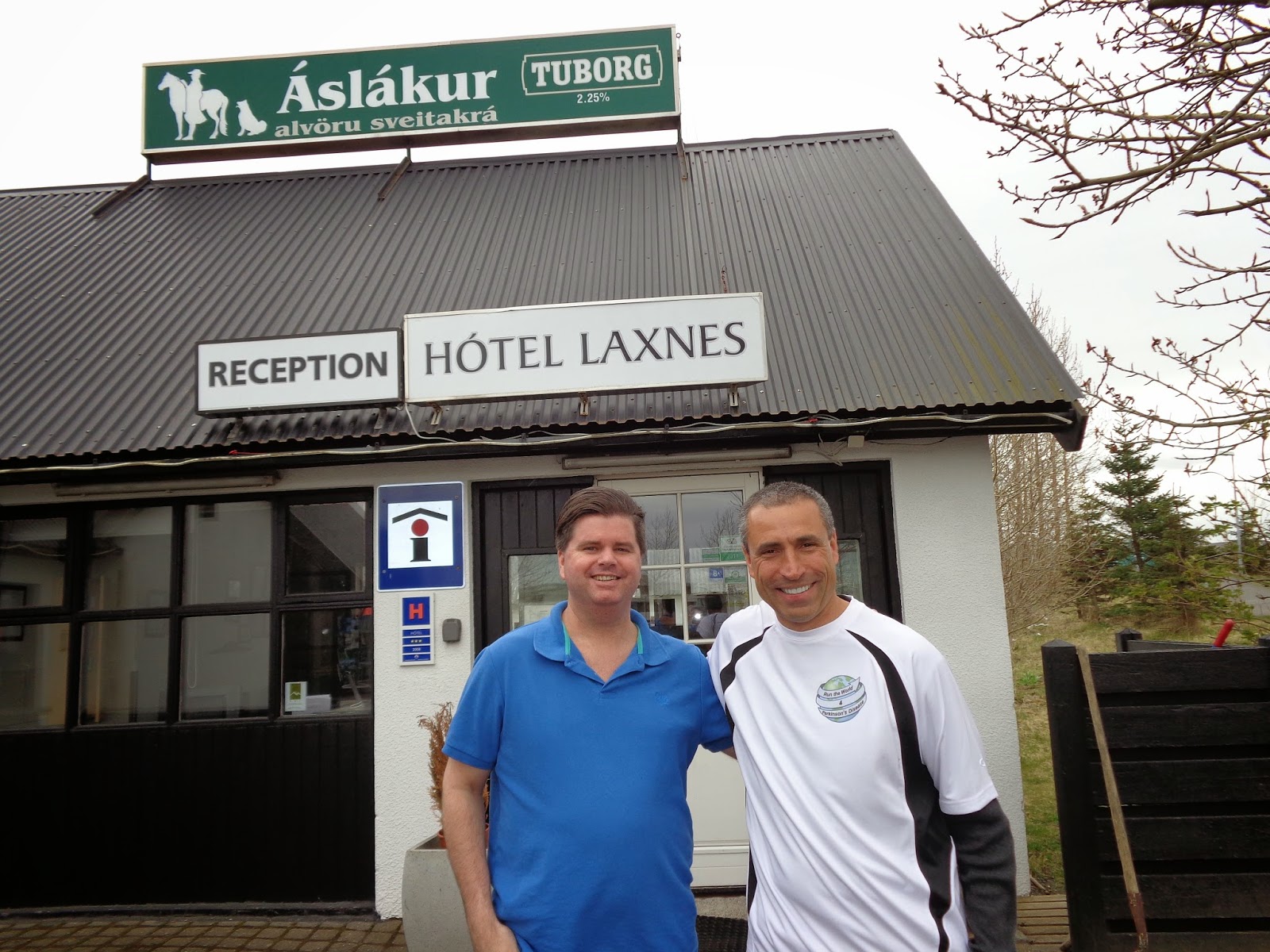 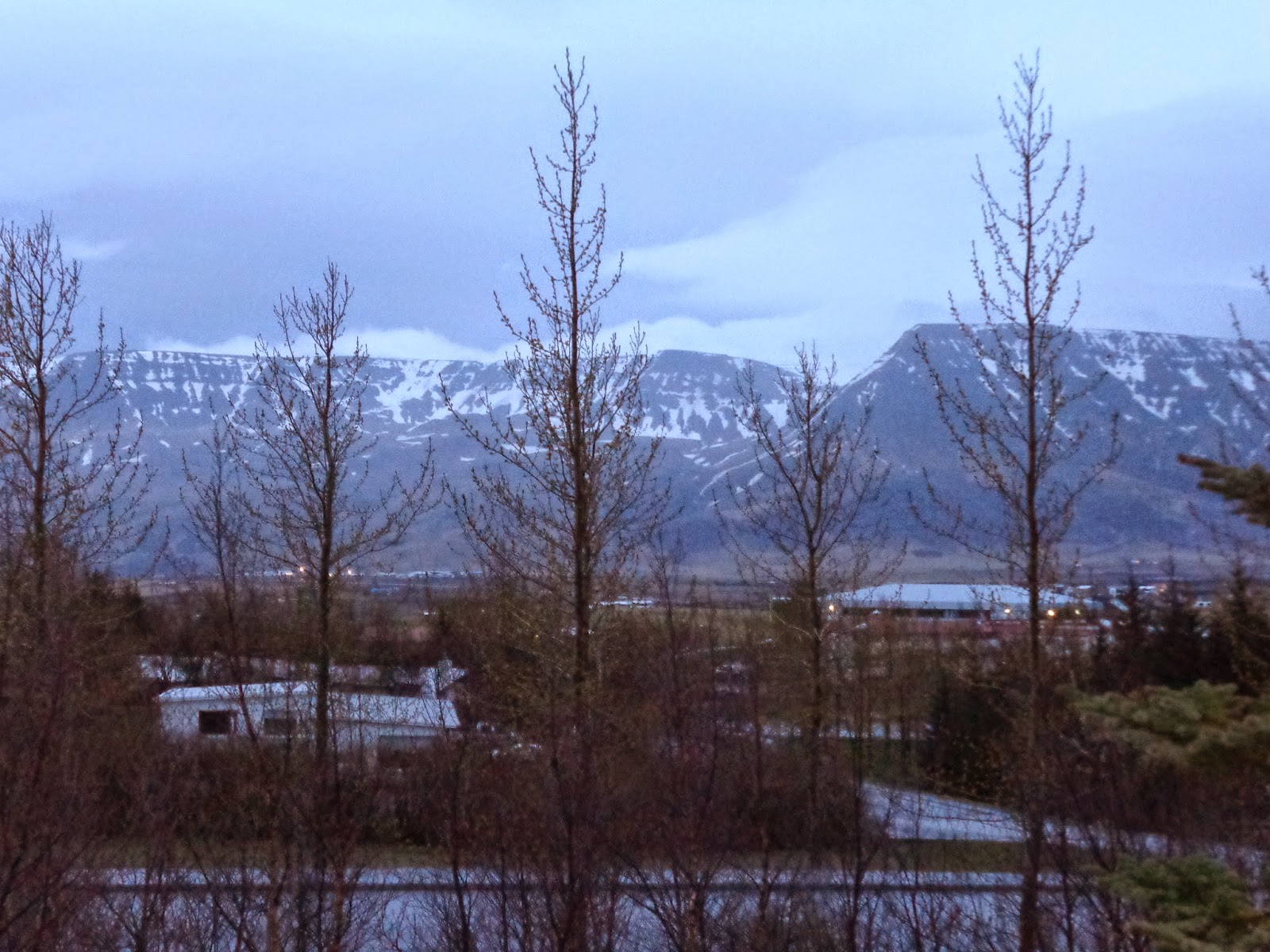 Another example of the wonderful, inspiring people that I met during my travels was Snorri Mar Snorrason.  I made contact with him through the web contact for the Parkinson's support group, Parkinsonsamtokin a islandi.  He had cycled around Iceland in 2012 (1400 km) and was planning another tour for July 2014 in the western part of Iceland (800 km). He has been a strong advocate for those with Parkinson's and very active with the support group.  While in Iceland Snorri Mar took us on a tour of the city, helped to arrange a meeting with members of Parkinsonsamtokin a islandi and rode his bike along with me on my run.  I am truly indebted to Snorri Mar and all the people like him that helped me along the way. 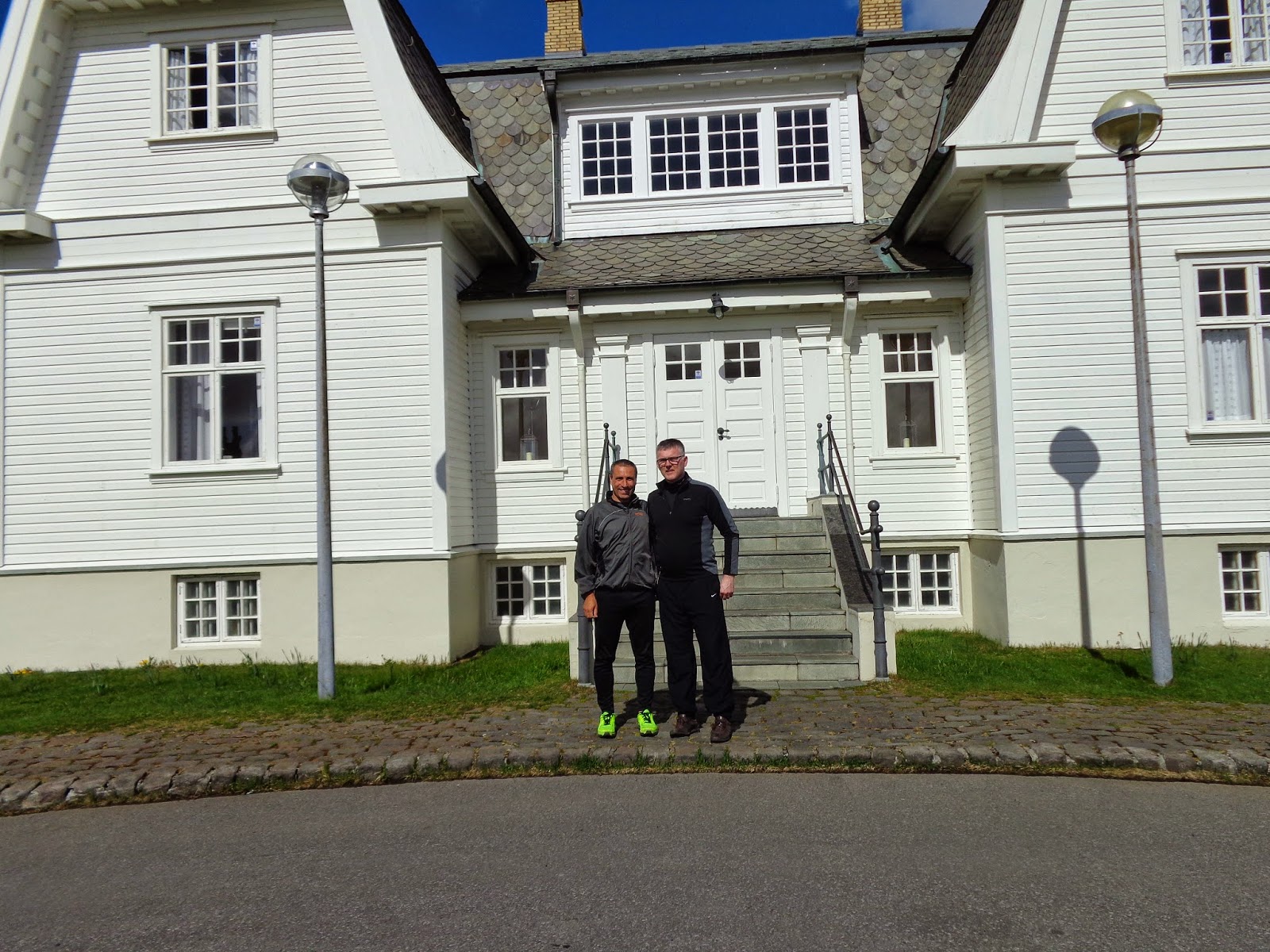 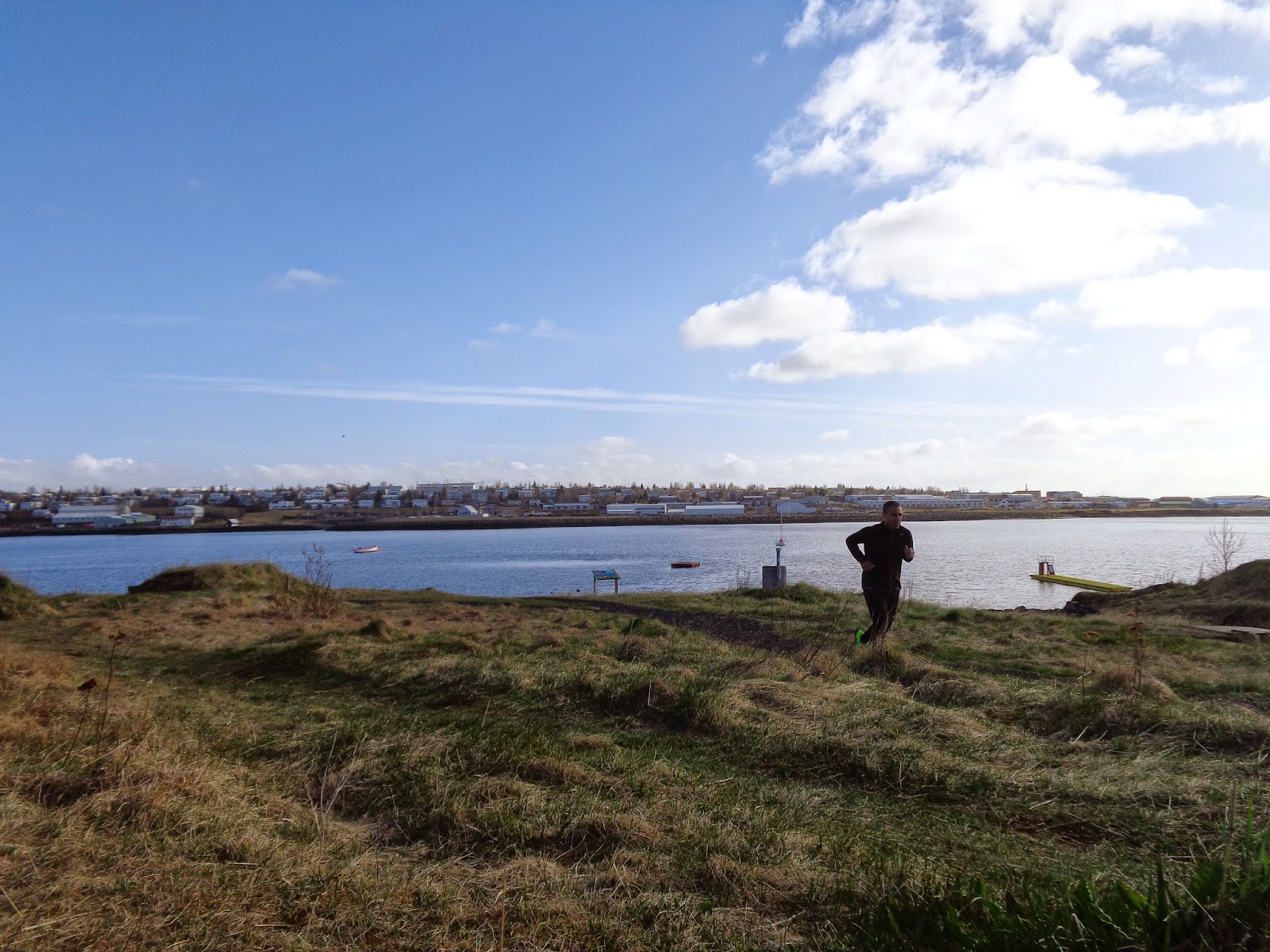 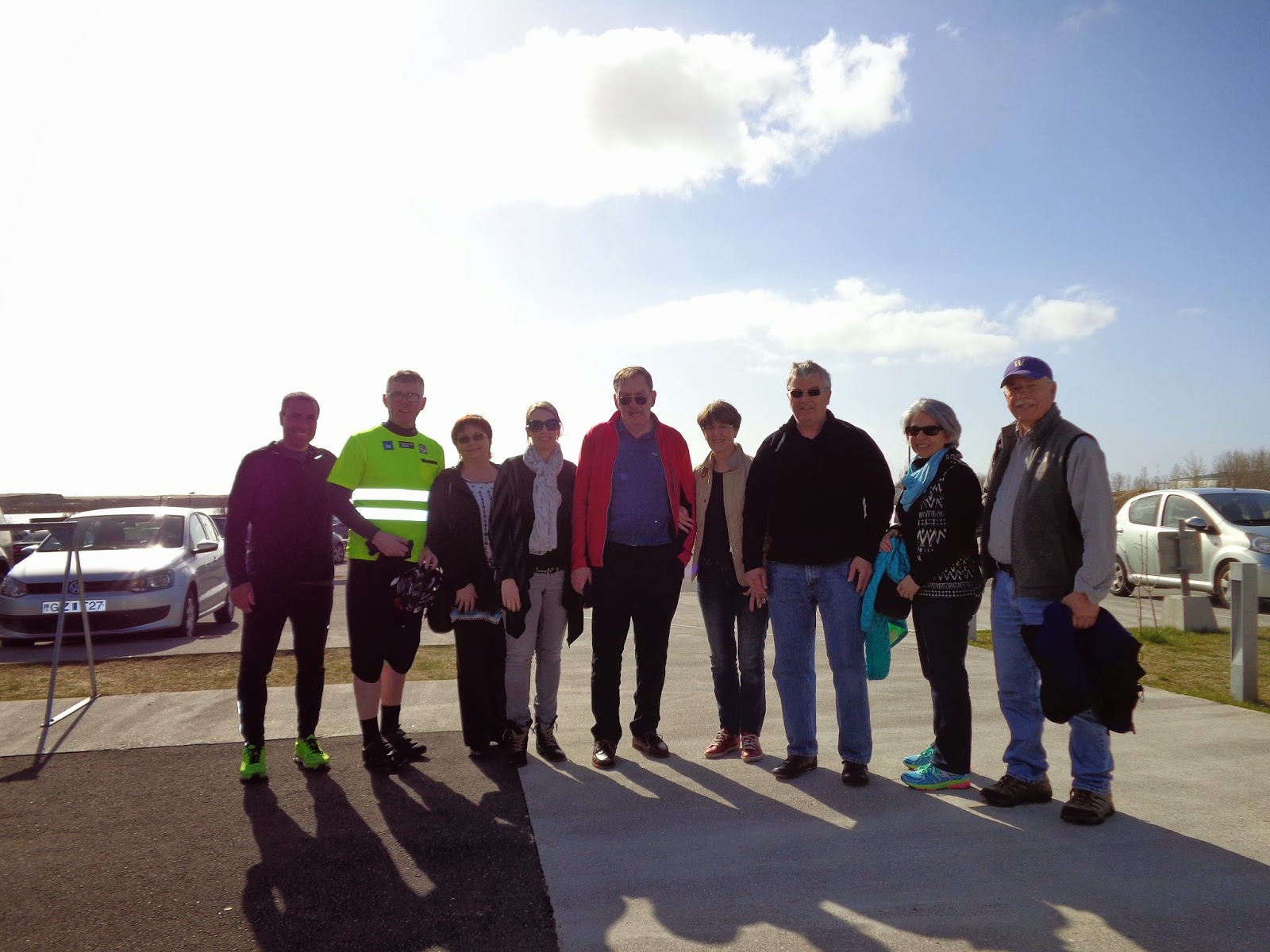 In closing I want to acknowledge those with the largest influence on who I am - my parents. Their hard work, sacrifices, teaching and love provided me with a wonderful childhood and all the support I could ever wish for to help me accomplish the things I've done in my life, including "Run-the-World".  Therefore, it was very special to be able to share a couple days of my 4 week/4day adventure with them. 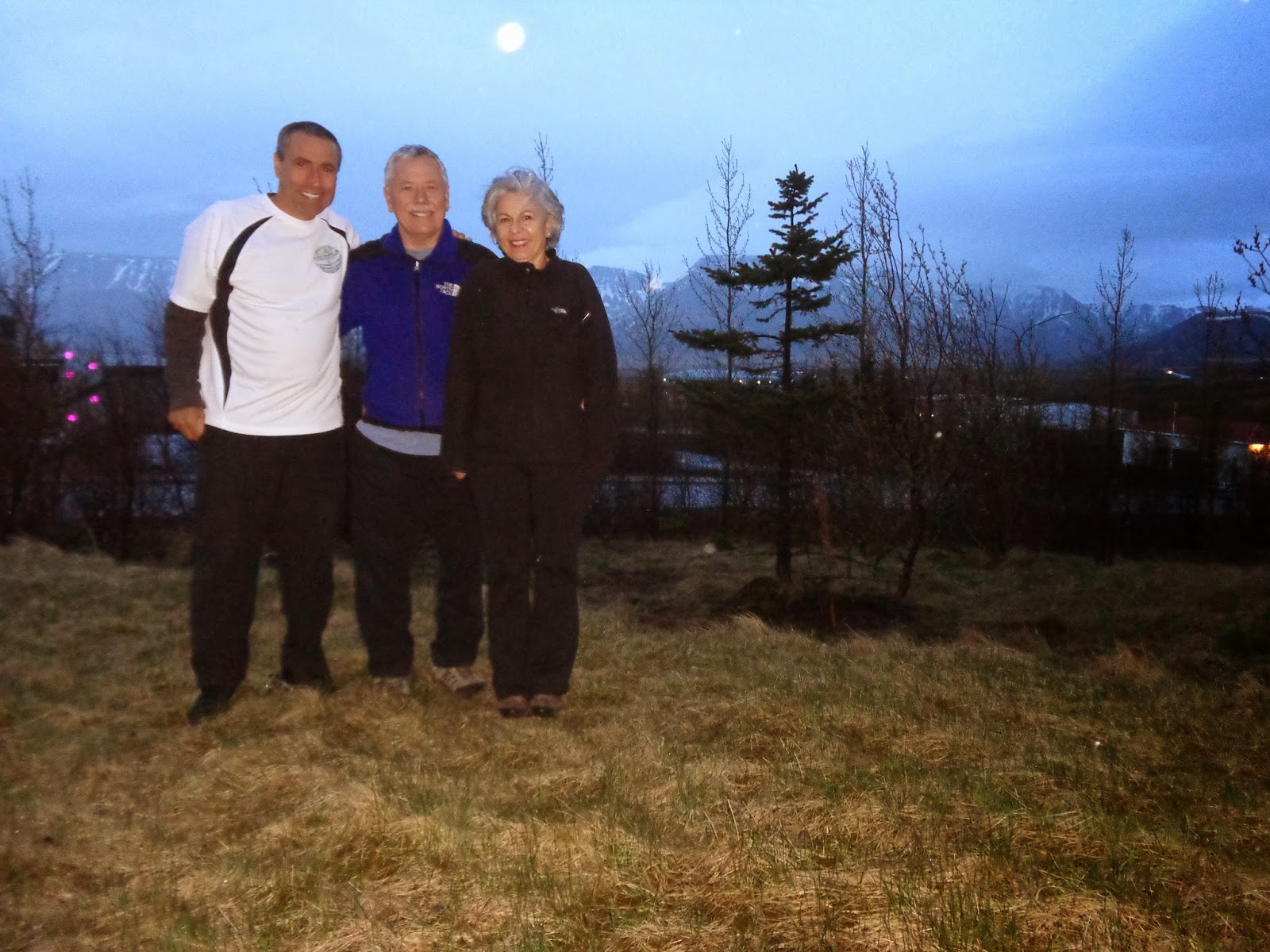 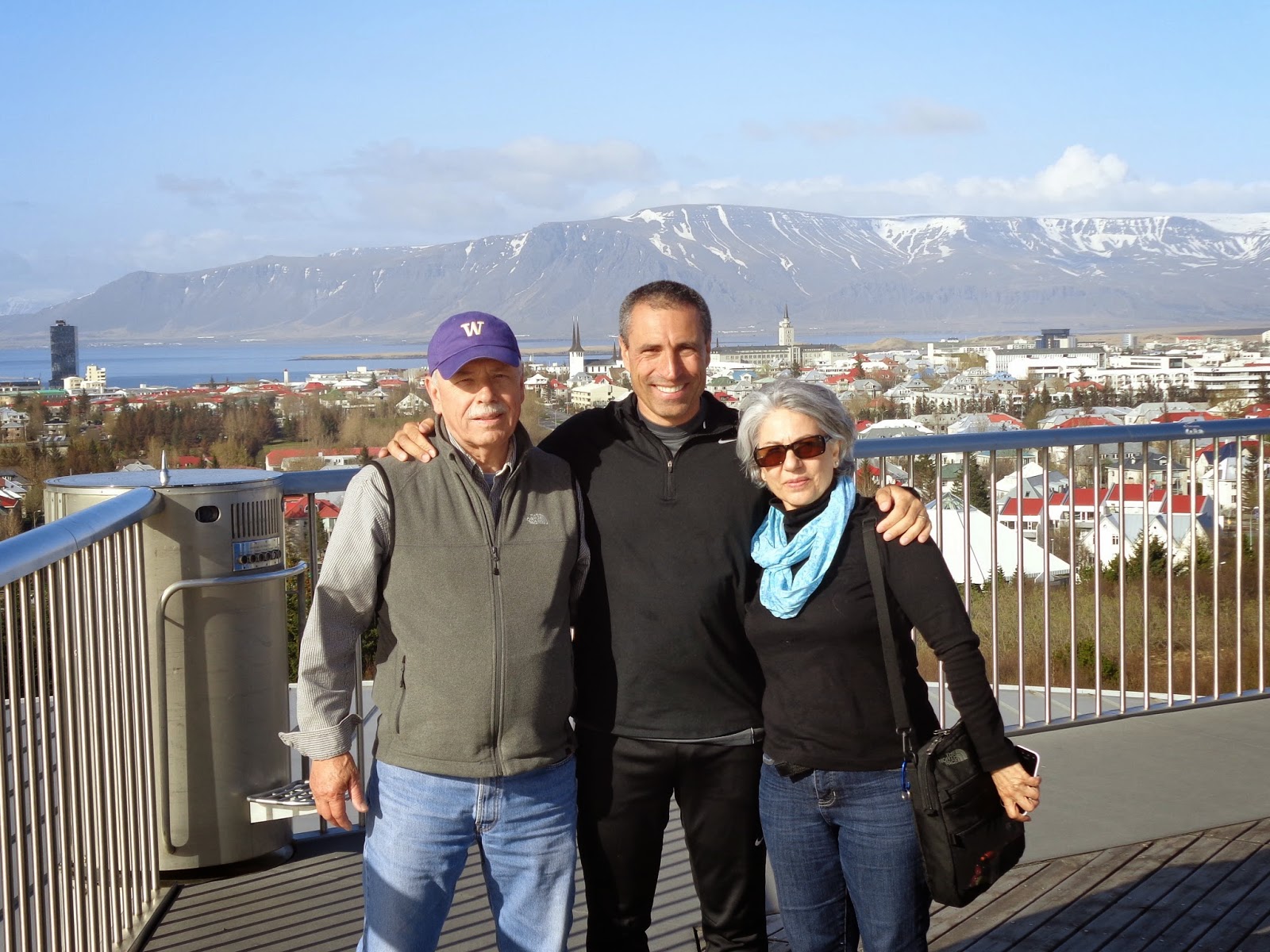 I want to acknowledge the donation and more importantly the friendship of our Country Sponsor for Norway.  From the time I announced my plans for Run-the-World my friends have been overwhelmingly supportive - none more than my college buddy, Clay Underwood. My only regret is that Clay didn't accompany me on the trek and write the stories. Anyone who has received an Underwood Christmas letter knows, Clay is an amazingly talented writer with a great ability to make every story hilarious. On the bright side - I get to post this family photo with the gorgeous Orange and Black of the Oregon State Beavers. 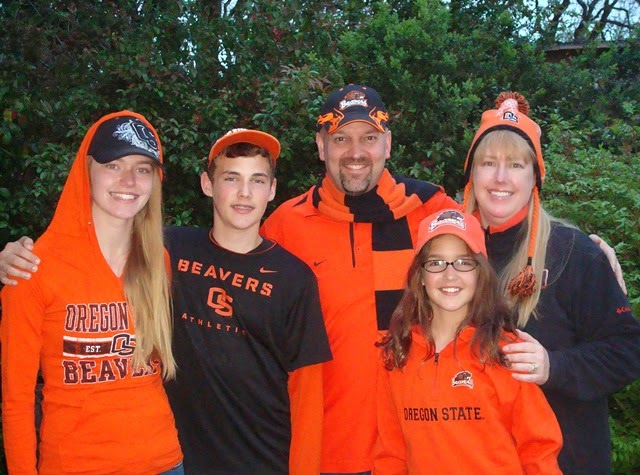 Posted by Marcus Cranston at 2:18 PM