I don't profess to have an understanding of Israel and Middle East politics, comparative religion, or the origins of nationalism.  However, the initial and lasting images of my stop in Israel  are all related to dividing lines, both visible and invisible. 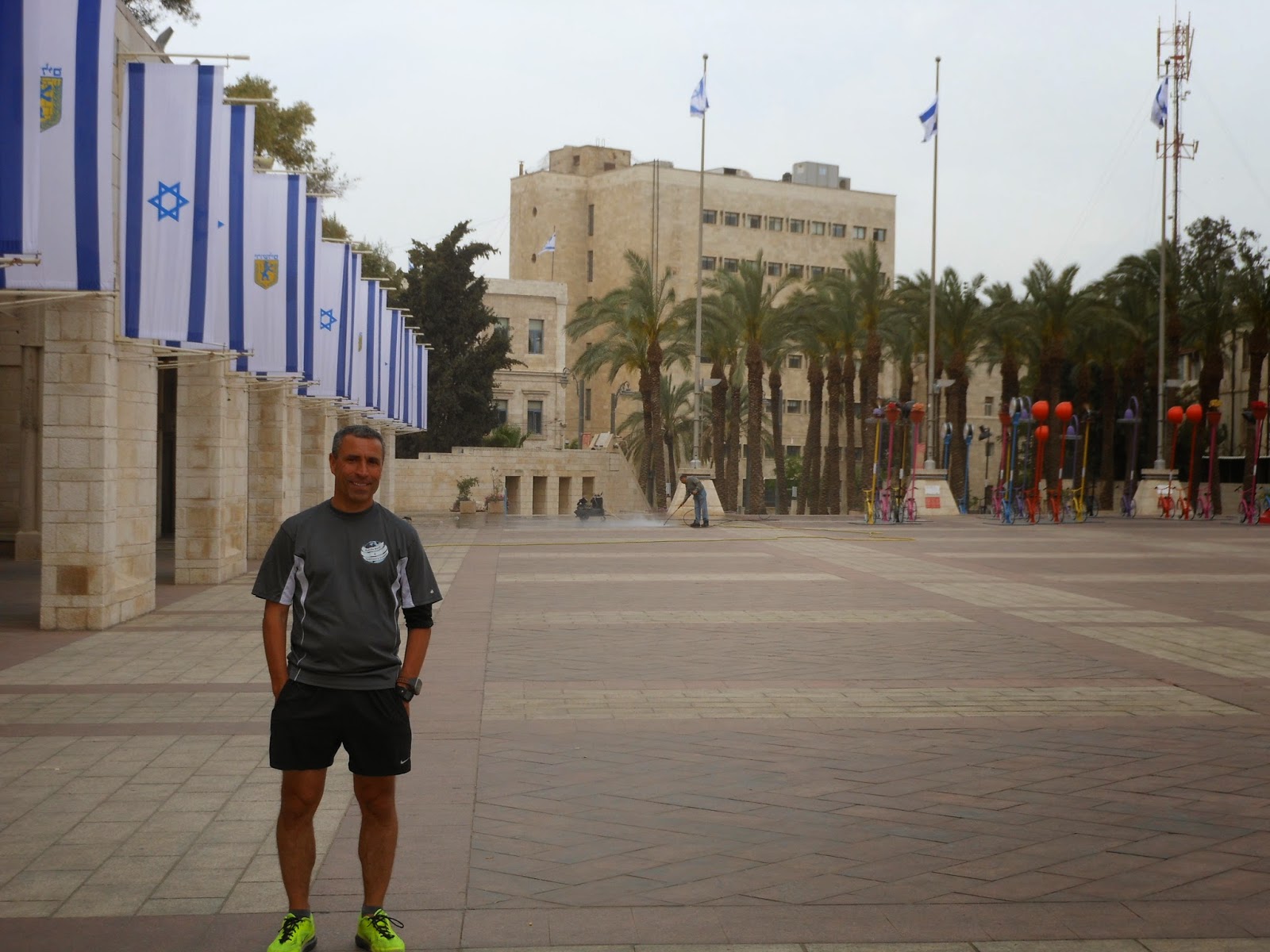 After leaving Amman for the Ben Gurion Bridge border crossing, at first the the drive was very similar to the drive south to Petra the day prior.  However, within a few miles of the border the landscape suddenly changes.  The rolling hills and agricultural land of Jordan is replaced by large mounds with fortifications and lookouts. 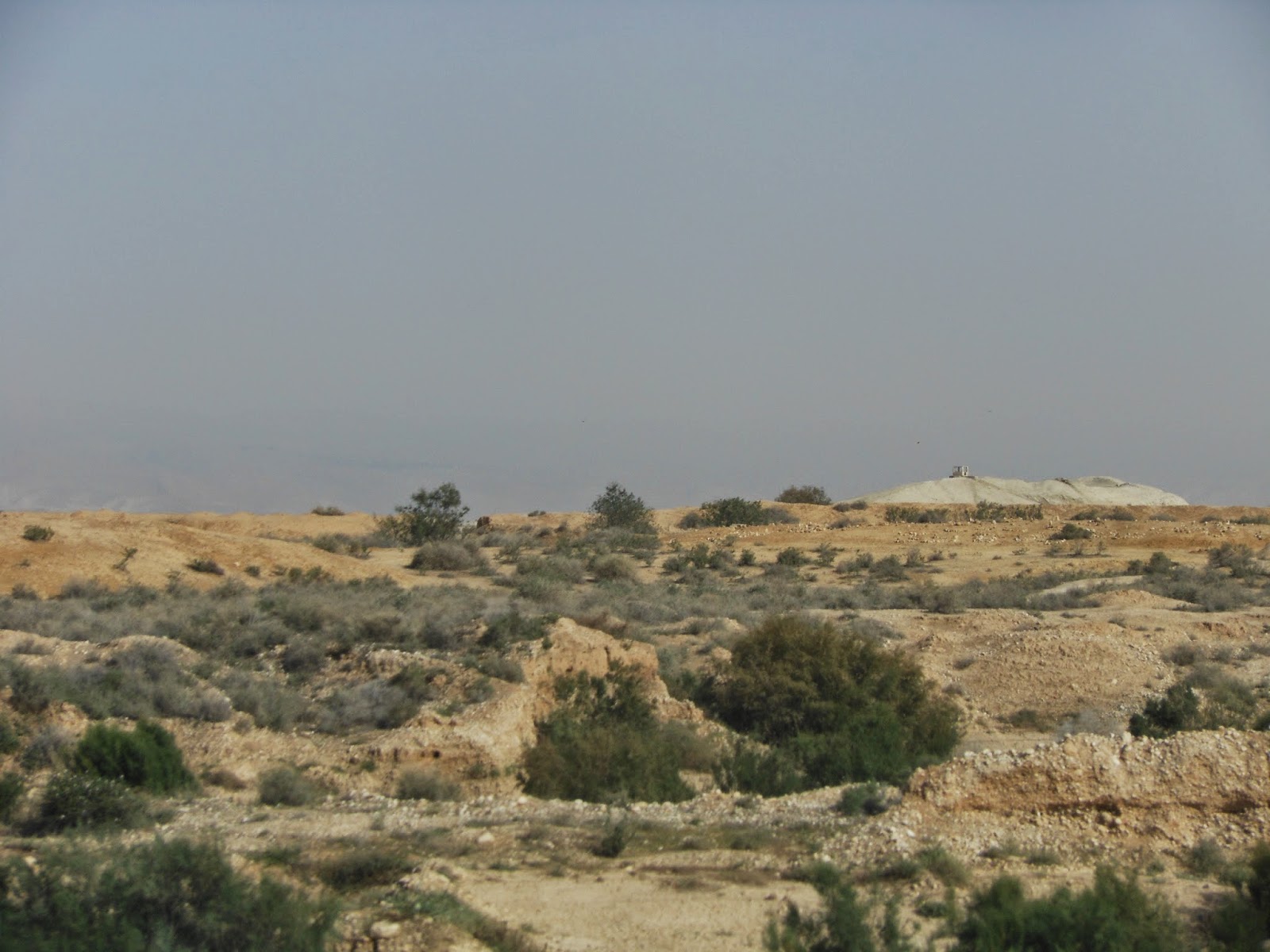 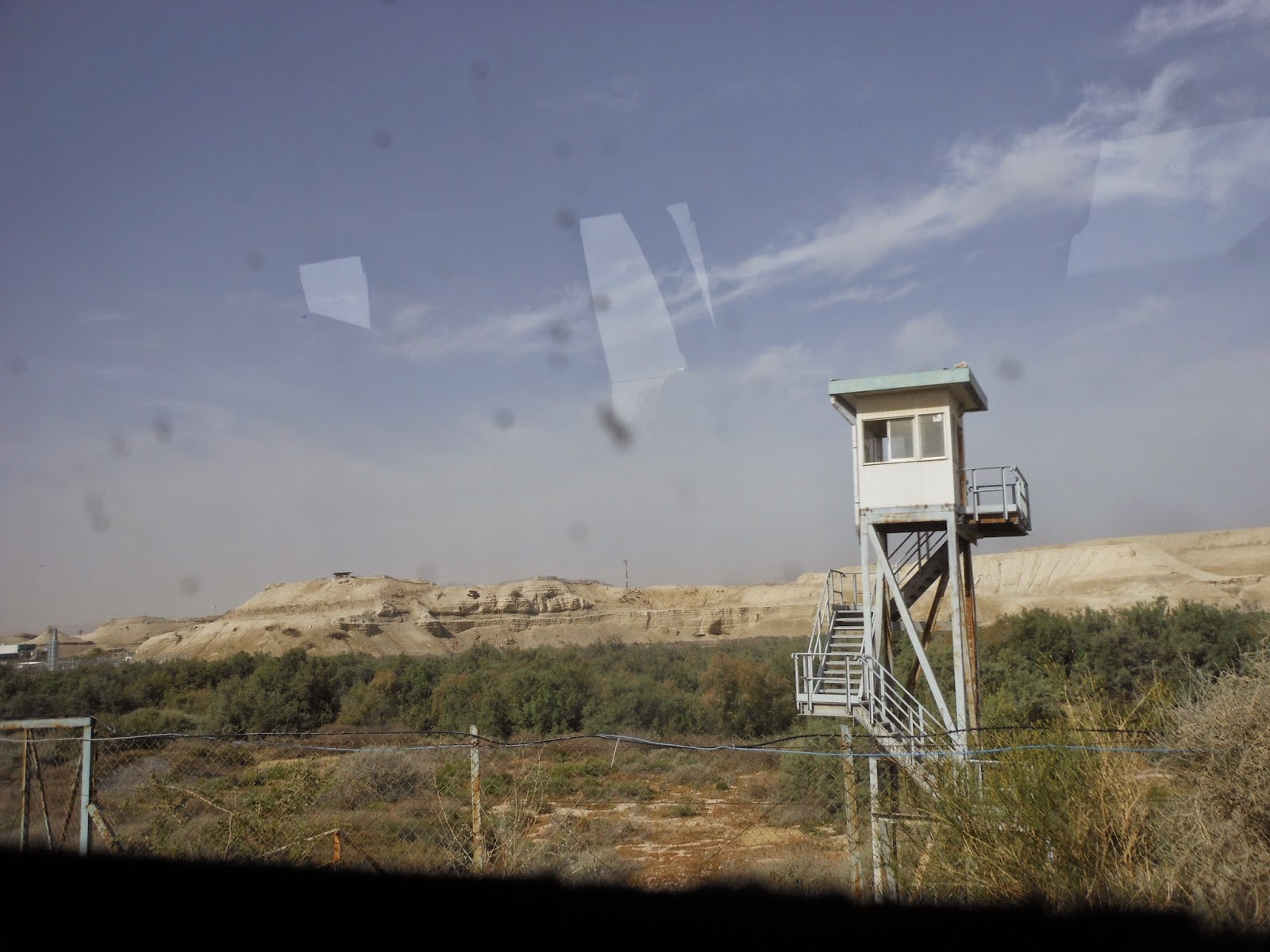 The border crossing itself is tedious and it took over 3 hours in all.
- Get out of taxi on the Jordan side
- Walk 100 yards to Jordan passport control
- Purchase exit coupon
- Wait for 20 minutes for immigration windows to open
- Once clearing immigration, board a bus and wait 30 minutes for the bus to fill and start the short trip across the bridge - again an obviously highly secure area. 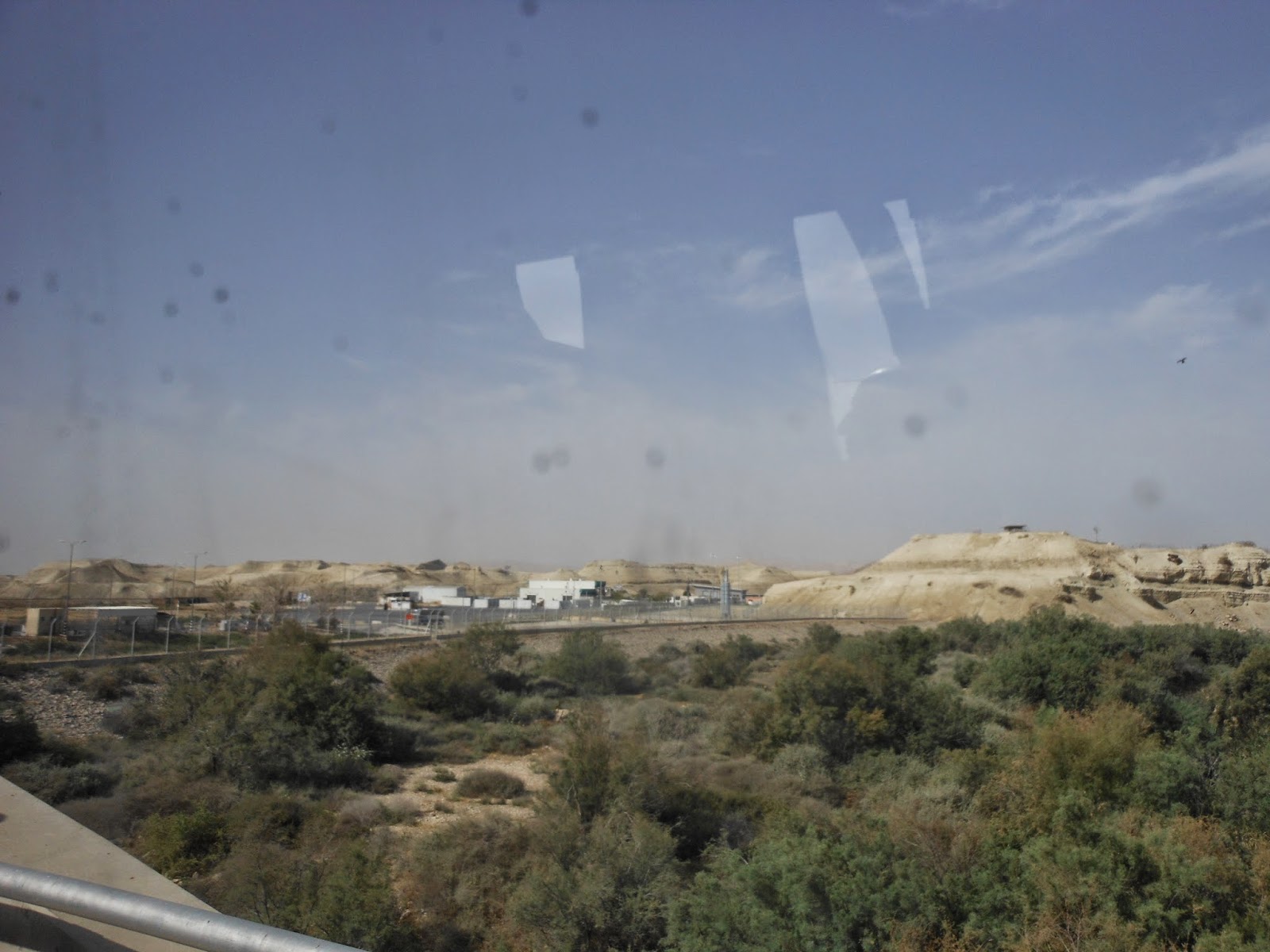 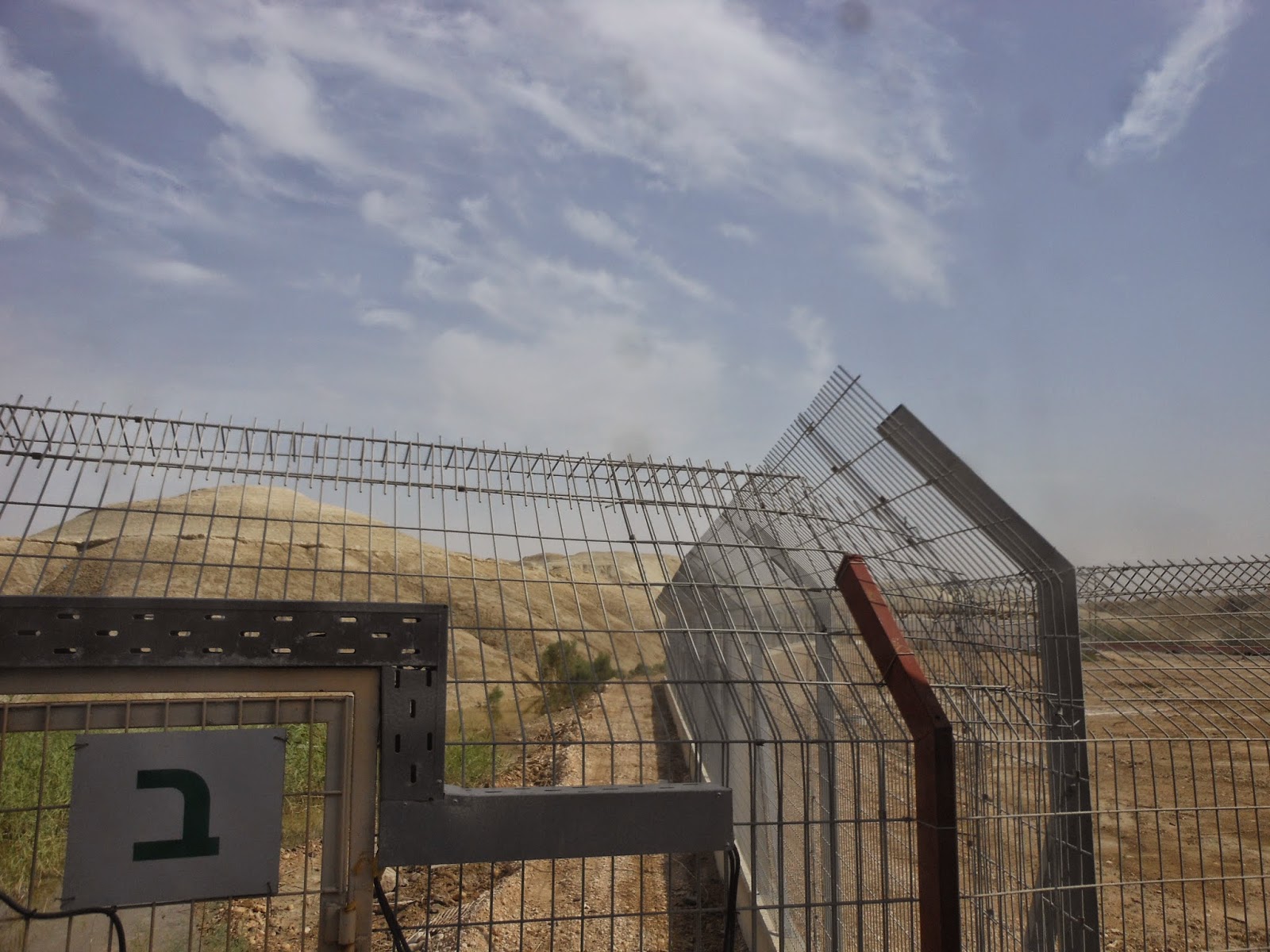 - Remain on the bus for approximately 45 minutes while bus slowly drives across bridge, go through initial check point and wait for our turn to be unloaded into the lines at immigration and customs. 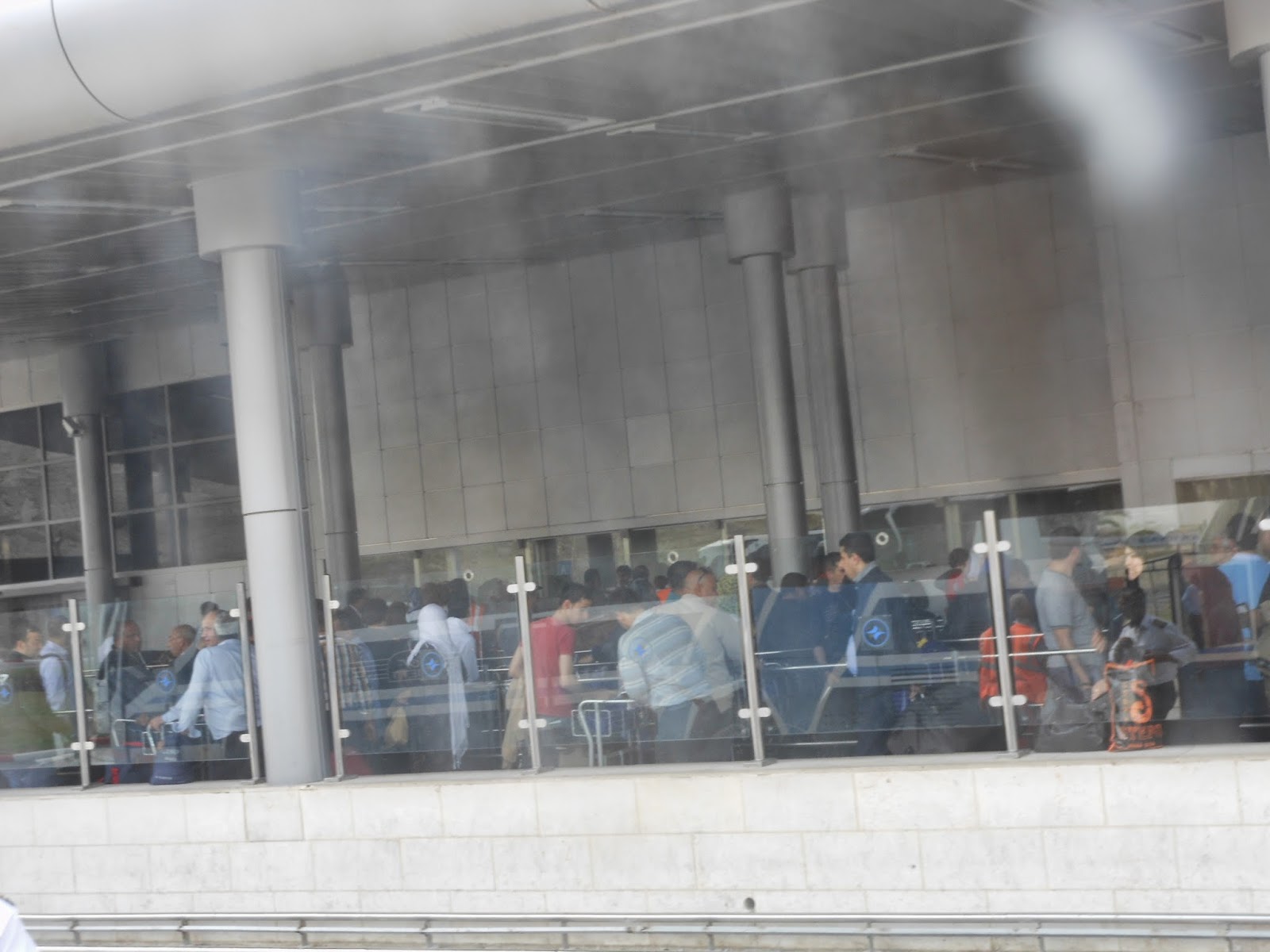 - Once in the line it takes another 45 minutes to have your passport checked, bags screened, passport checked again and bags screened again. In the end you are left with a yellow sticker on the outside of your passport and a border control pass. On exit from Israel you receive and Exit Permit.  Thus avoiding the passport stamp that will exclude you from entry into several countries around the world.  (I will add that these photos above were taken with great attention to being certain that I wasn't detected taking them - detection would have certainly meant giving up my memory card, if not the camera itself). 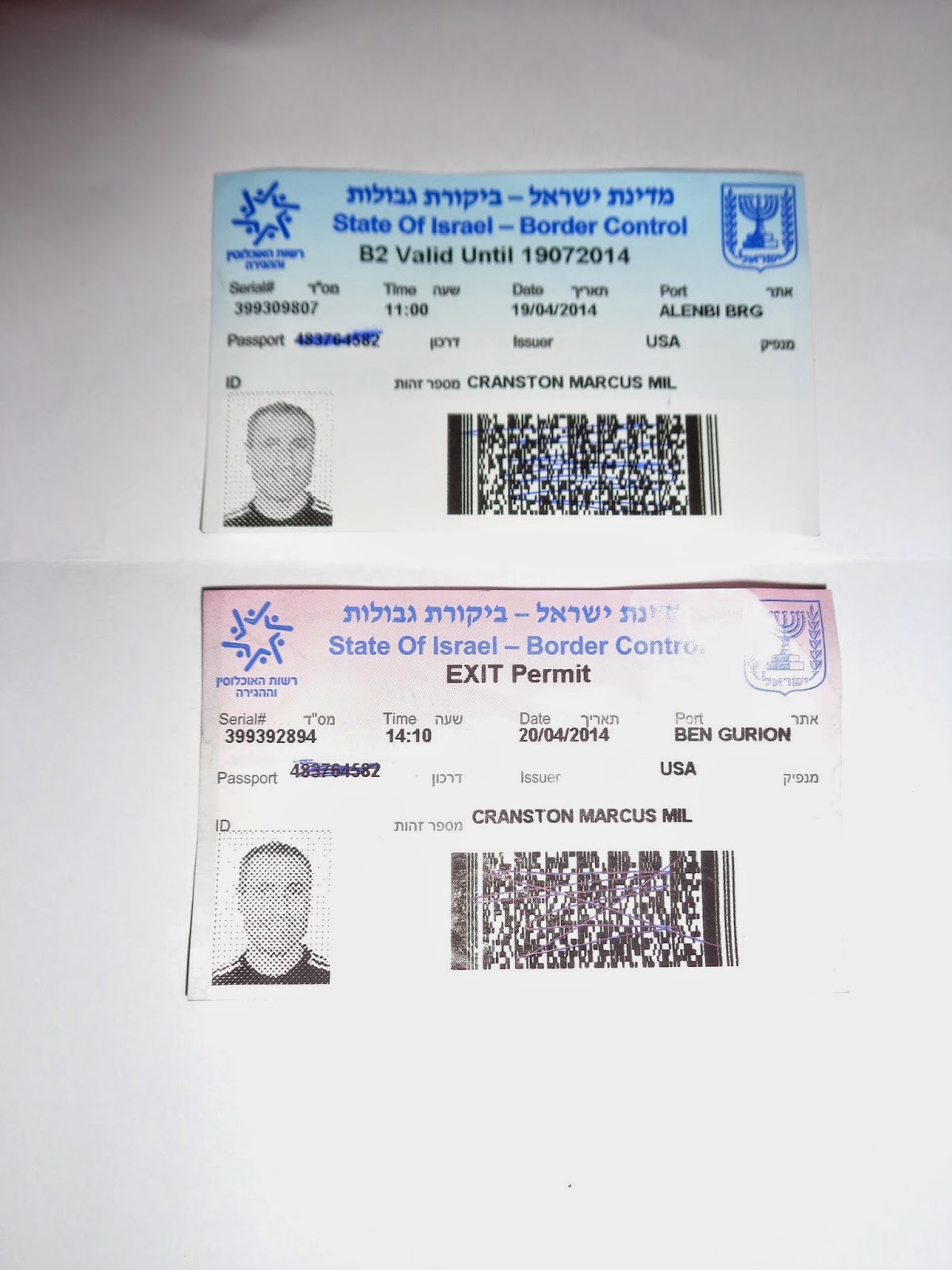 The drive from the border to Jerusalem was marked by two distinct memories. First, the pictures of economic division.  It seemed as though there were only two forms of housing  Hilltop modern building, usually with security fencing or rambling shacks seemingly made of any leftover building materials available that sit at the base of the hills.  Second is the stunning first views of the old city. 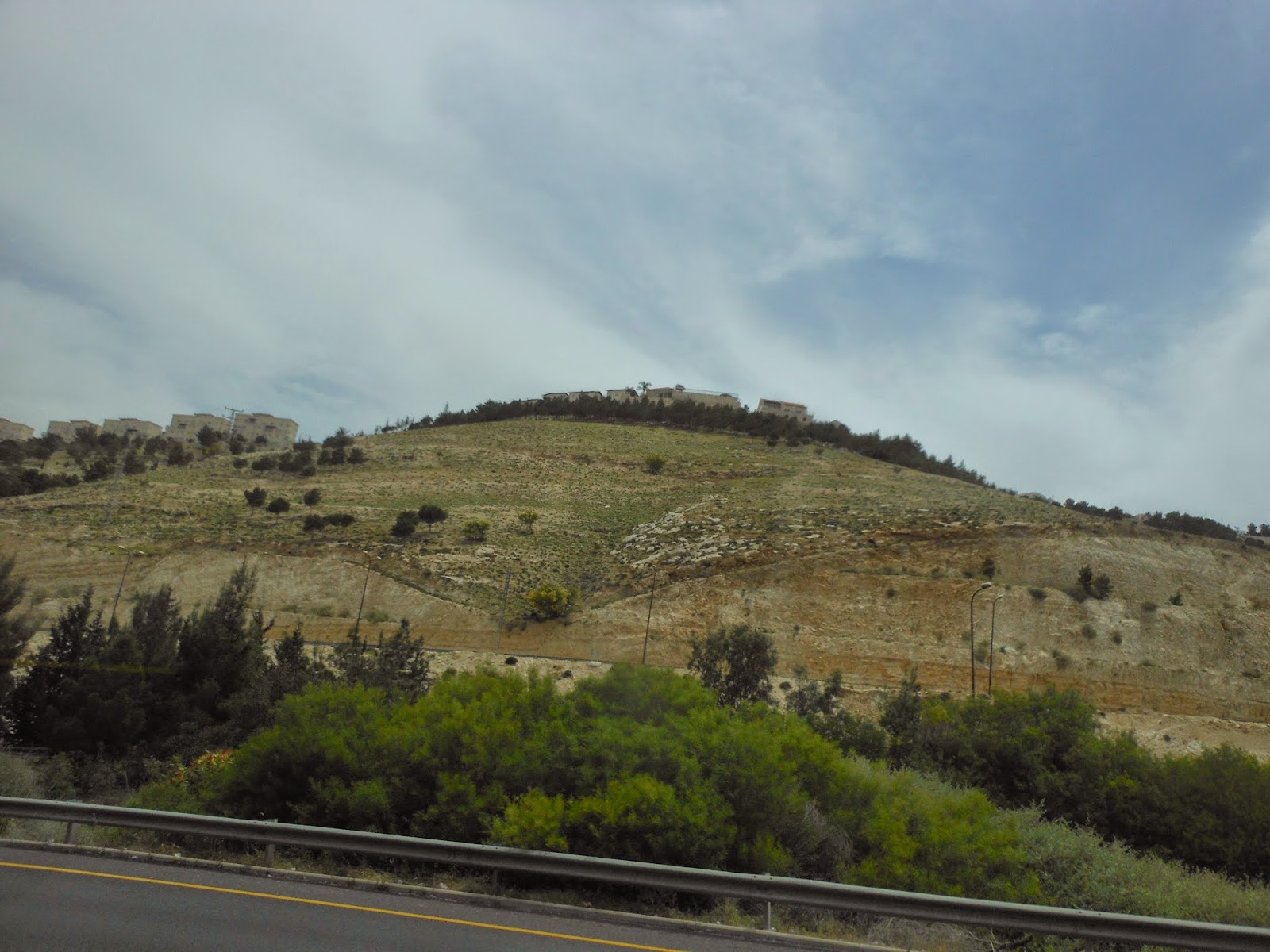 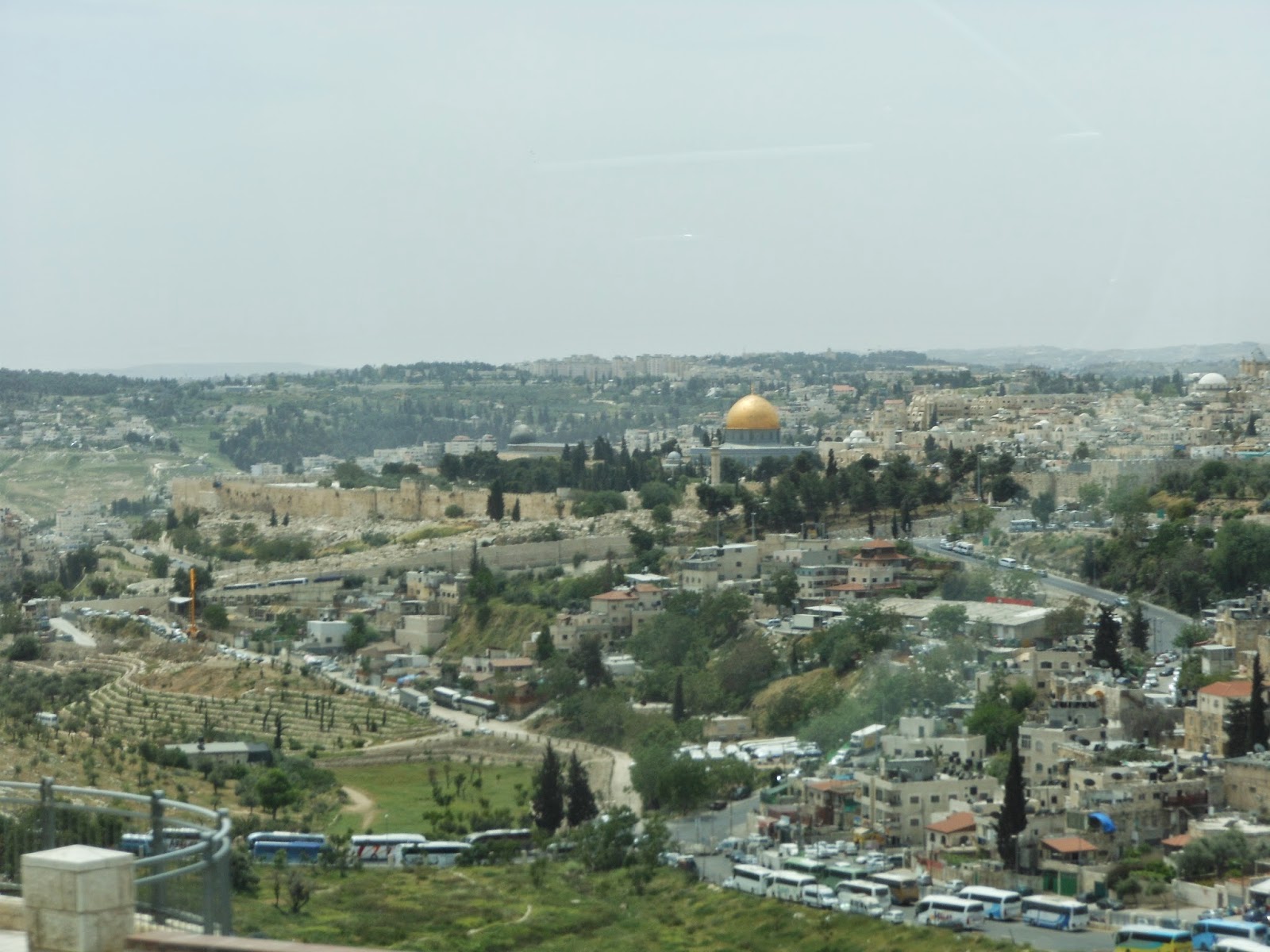 Once in the city I was excited to feel the atmosphere of such a historic city, but soon I was face-to-face with lines of division again.  I had to wait 2 hours to get to my hotel because it was in an area blocked off for religious celebrations.  This blockade was not just an inconvenience for those of us unsuspecting tourists. The security detail struggled to maintain the barrier against agitated locals. 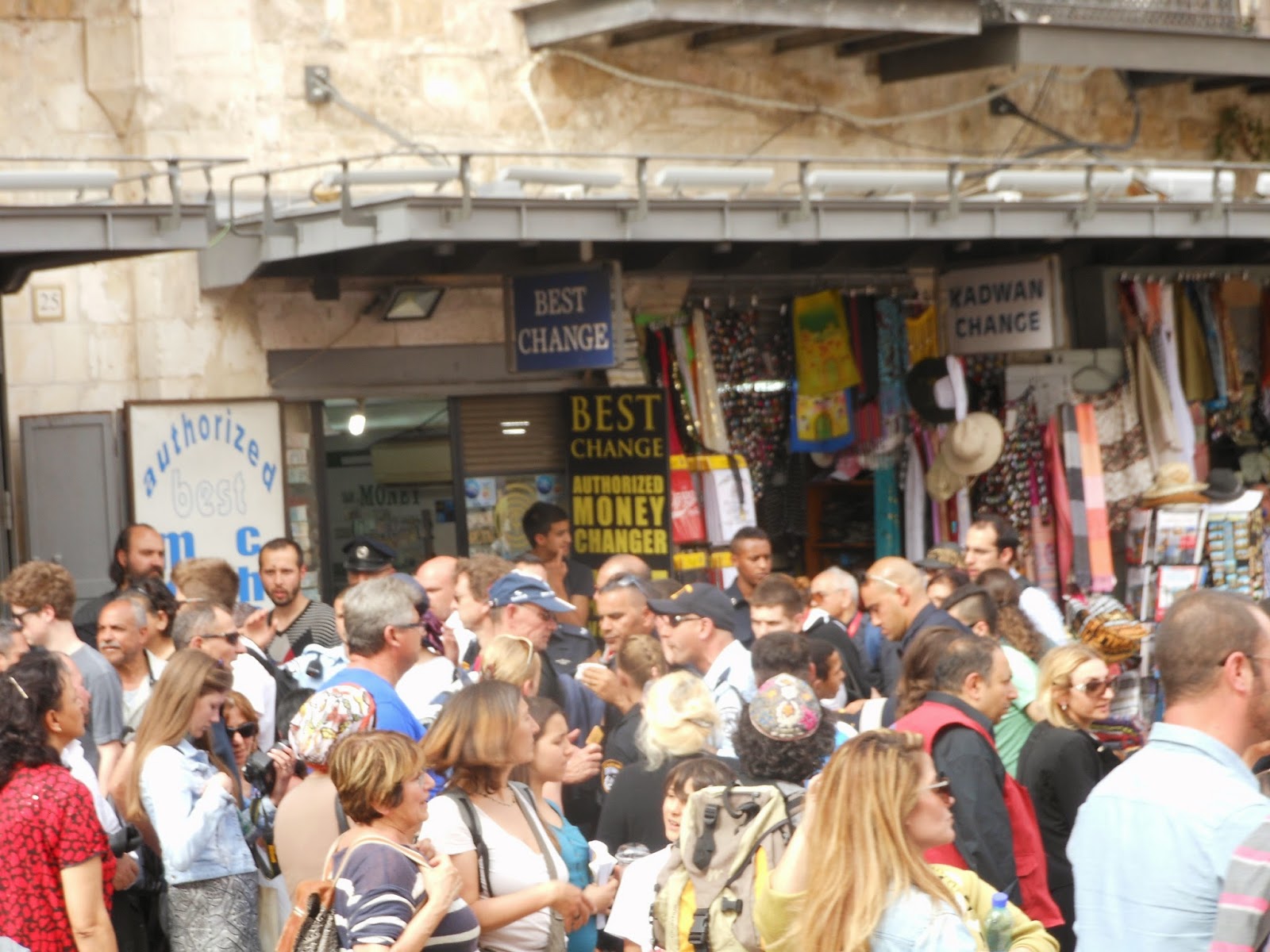 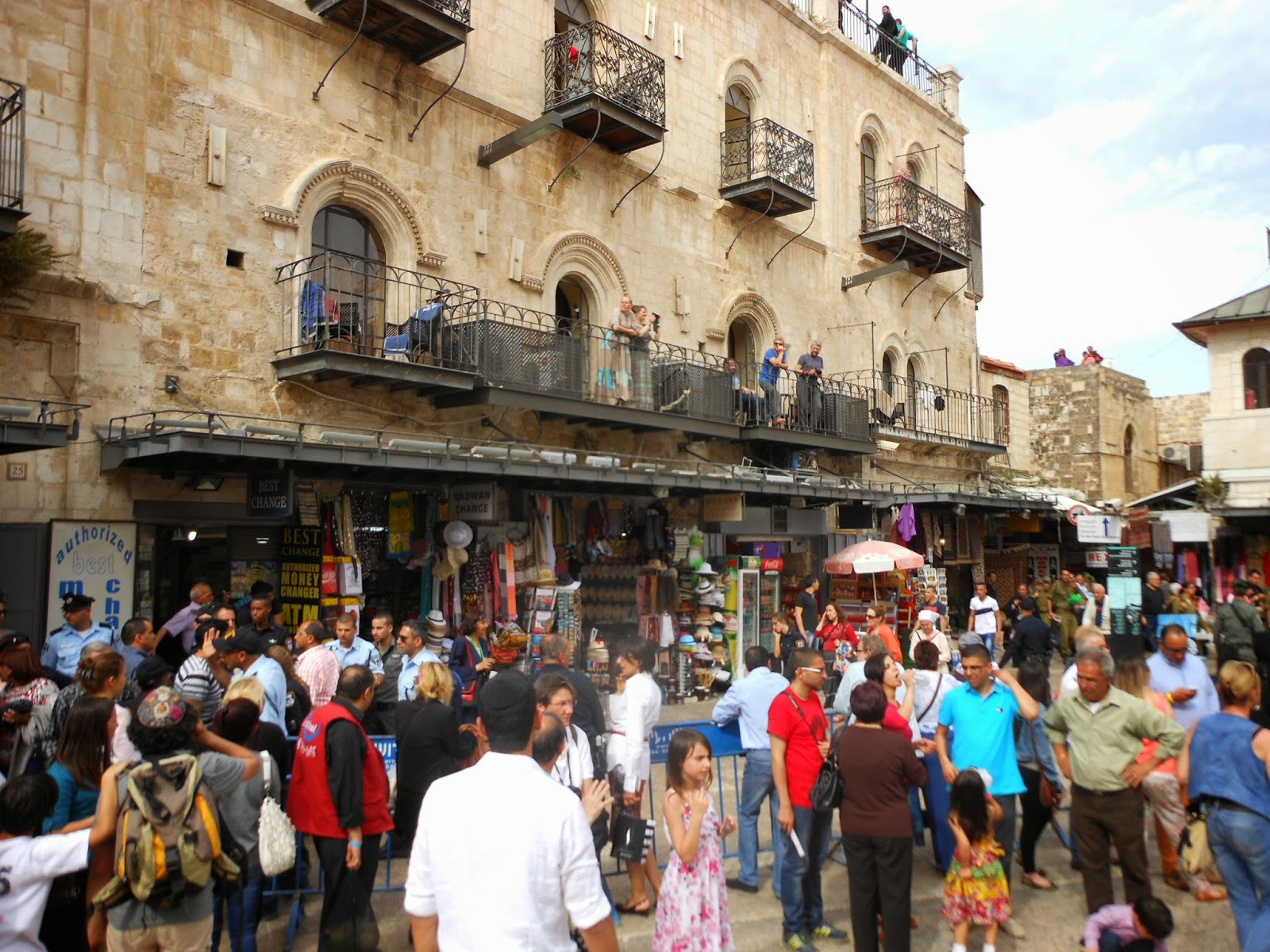 The next morning, it was great to be able to run through the narrow alleys of old Jerusalem , especially on Easter Sunday. 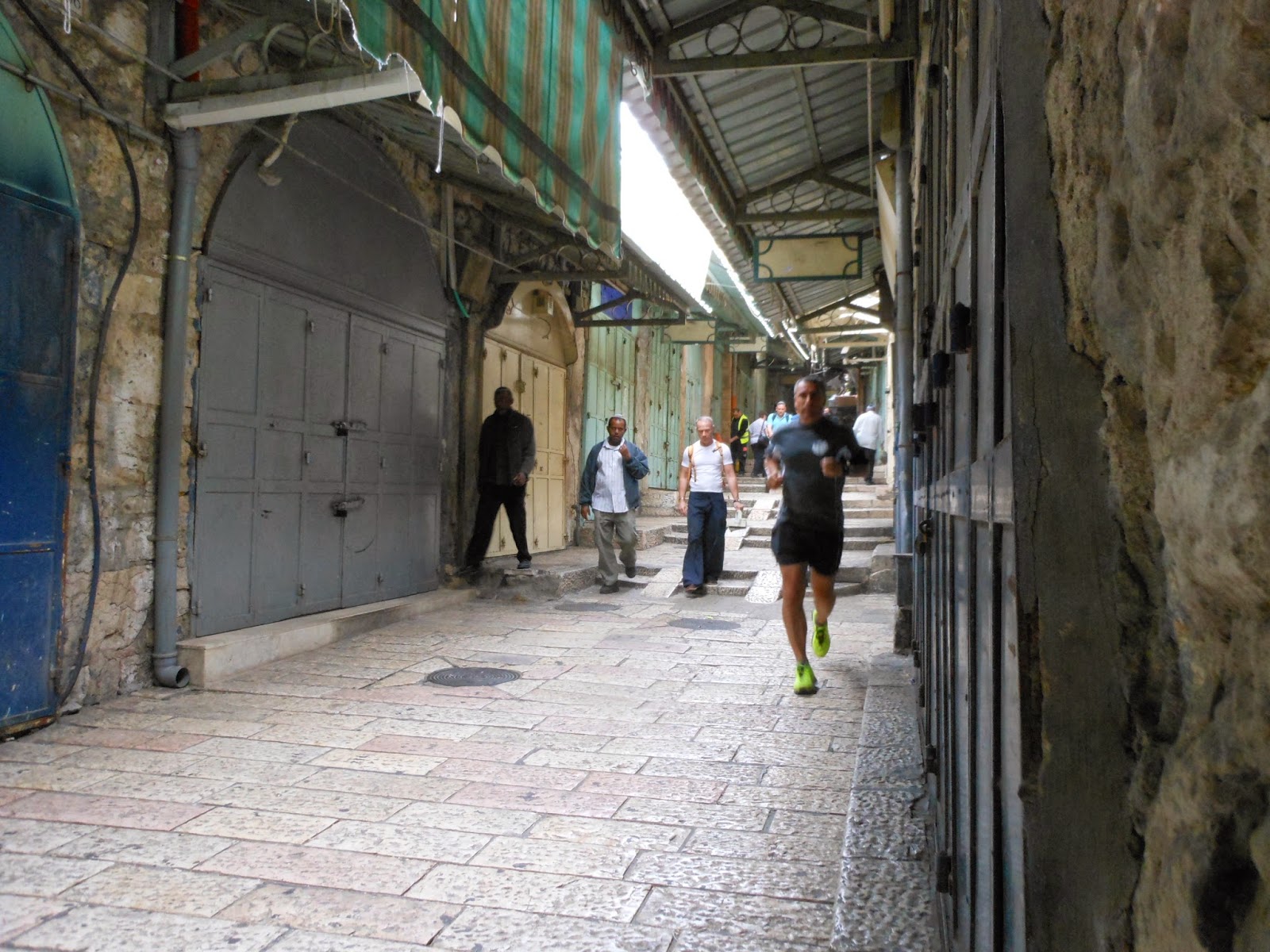 However, just as I was taking videos and photos of the Temple Mount there were a couple dozen explosions? gun fire? celebrations?  It wasn't clear what the source of explosions was and locals seemed to go about their business without concern, but it was unnerving to see armed forces running along the city walls in the direction of the sounds and a reminder of what the explosions could represent.


Although the divisions may be more evident in Israel and Old Jerusalem, divisions exist everywhere in life.  When it comes to Parkinson's one of the divisions that has struck me as I move from the perspective of the physician to that of the patient is the dividing lines between patient and physicians.  Most commonly physicians and patient spend their time in two separate spheres only meeting where the circles intersect - the exam room.  Those patients that are supported best and those patient support groups with the greatest impact seem to be those in which the patients and physicians have opportunities to interact in multiple settings.

In closing, I would like to emphasize that despite any inconvenience that might be present, being in Jerusalem on Easter morning was a special experience.  In addition, I would like to thank Ilana and Dan for taking the time to meet me for a brief discussion regarding Parkinson's, particularly as it applies to those living in Israel.
-Mark Posted by Marcus Cranston at 9:23 AM