Earlier on in my planning – there were a handful of groups and individuals the displayed an interest in my project and provided me the motivation to push forward with my plans and even expand my goals.  Timo Montonen and the members of the Finish Parkinson Association are among those that played this vital role in making “Run-the-World” what it has become for me and those that have been involved.  Therefore, I was particularly excited to see friendly faces waiting for me when my ferry arrived at the terminal in Helsinki 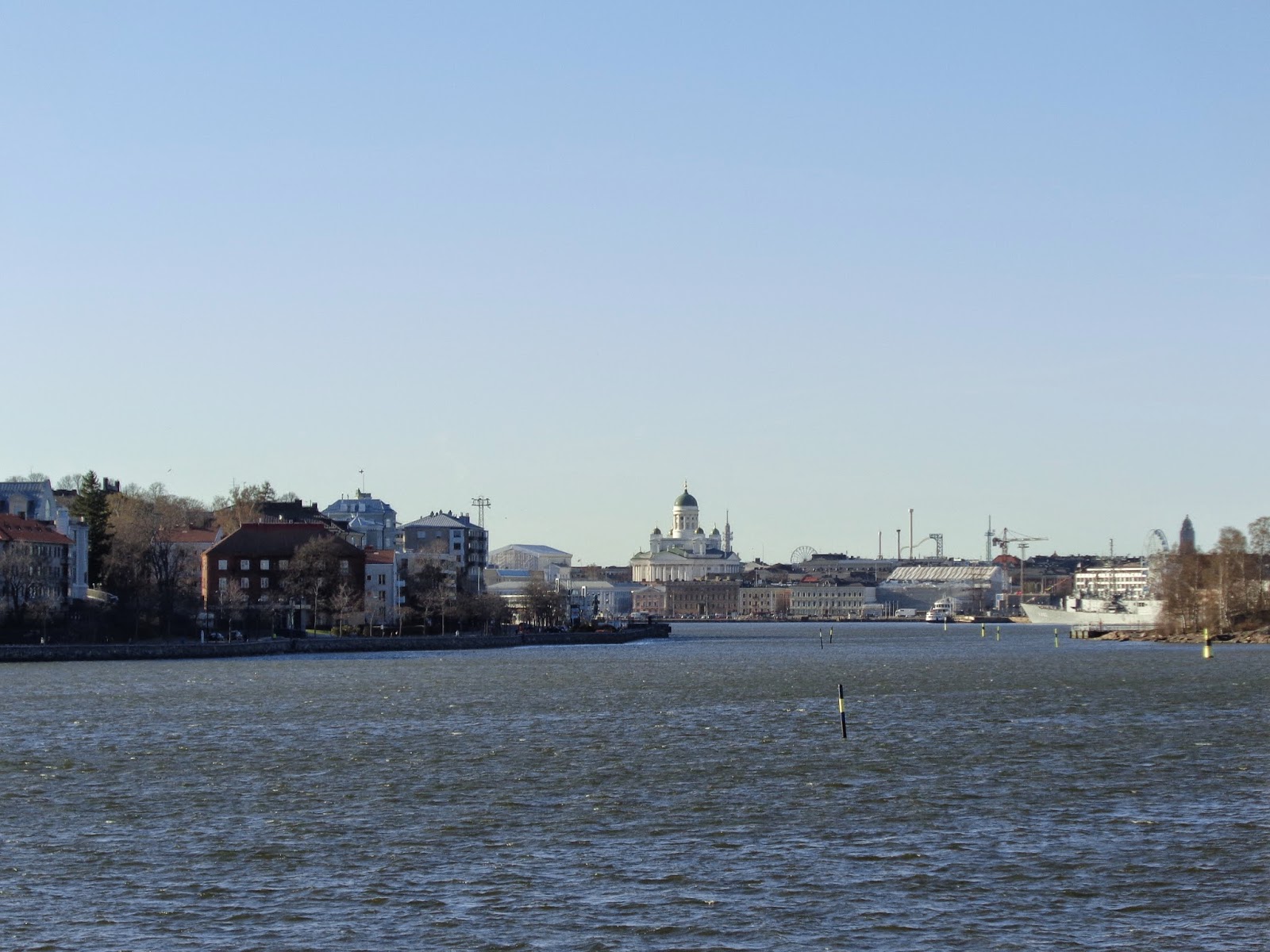 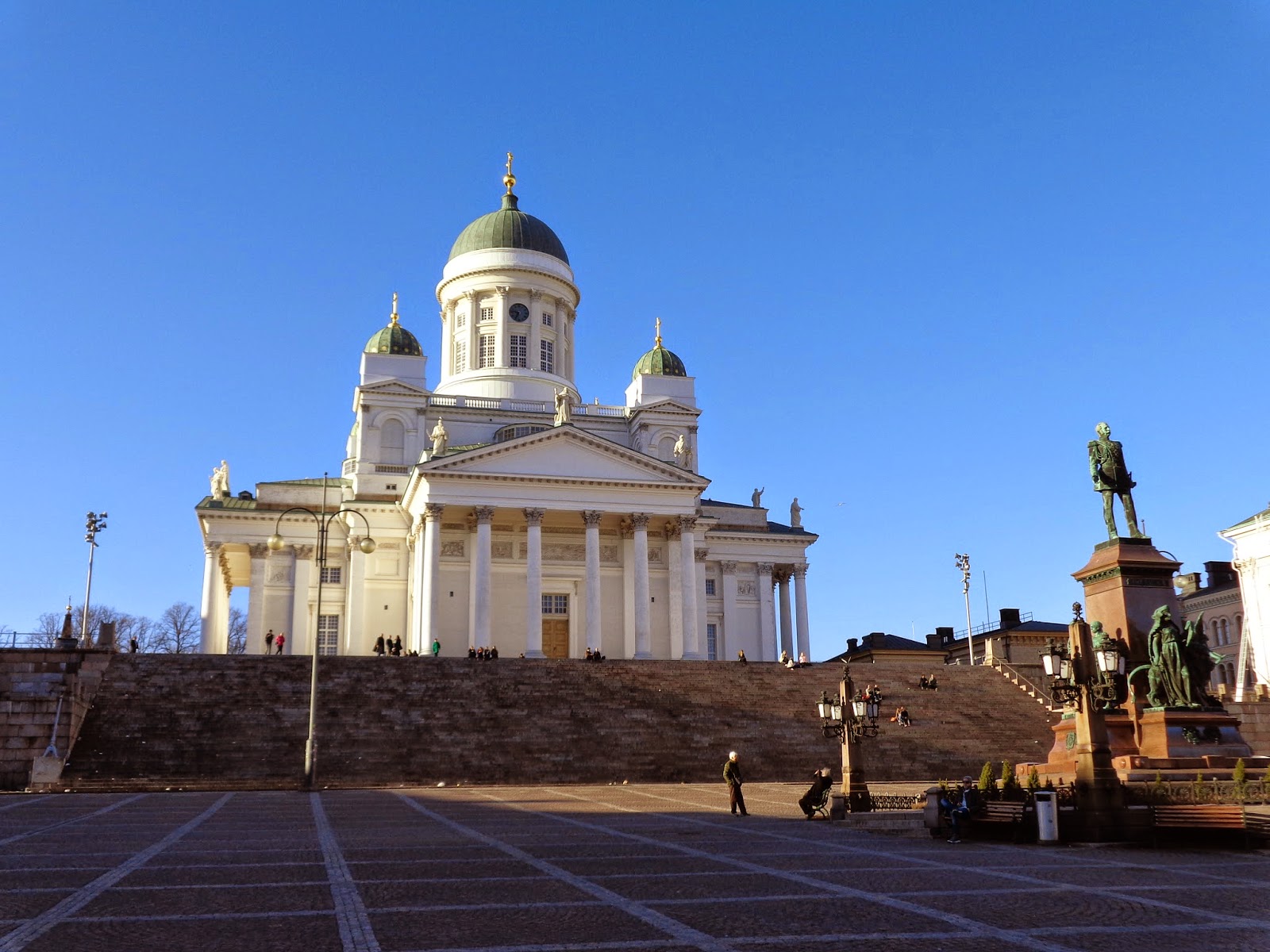 As usual, I was on a tight schedule after arriving in Tallinn, Estonia from Riga, Latvia that afternoon.  I was able to squeeze in my 4 mile run in Tallinn and still get to the ferry terminal 20 minute before the scheduled departure of the ferry I planned to take to Helsinki.  What I didn’t know is that I needed to check in 20 minutes before departure and when I got to the ticket counter it was 18 minutes before departure.  Given that I had very limited time in Helsinki, I was immediately hit with a sense of panic. There are multiple ferry companies operating the route between Tallinn and Helsinki, but they each operate from different terminals and there is no central booking office.  I switched to survival mode, logged onto the internet and luckily the first company I found had a high-speed crossing that departed 30 minutes later than the ship I planned to take.  I scrambled, caught a taxi, bought my ticket 5 minutes before they closed and a little later our smaller passenger-only catamaran was passing the huge car ferry that I was supposed to be on. 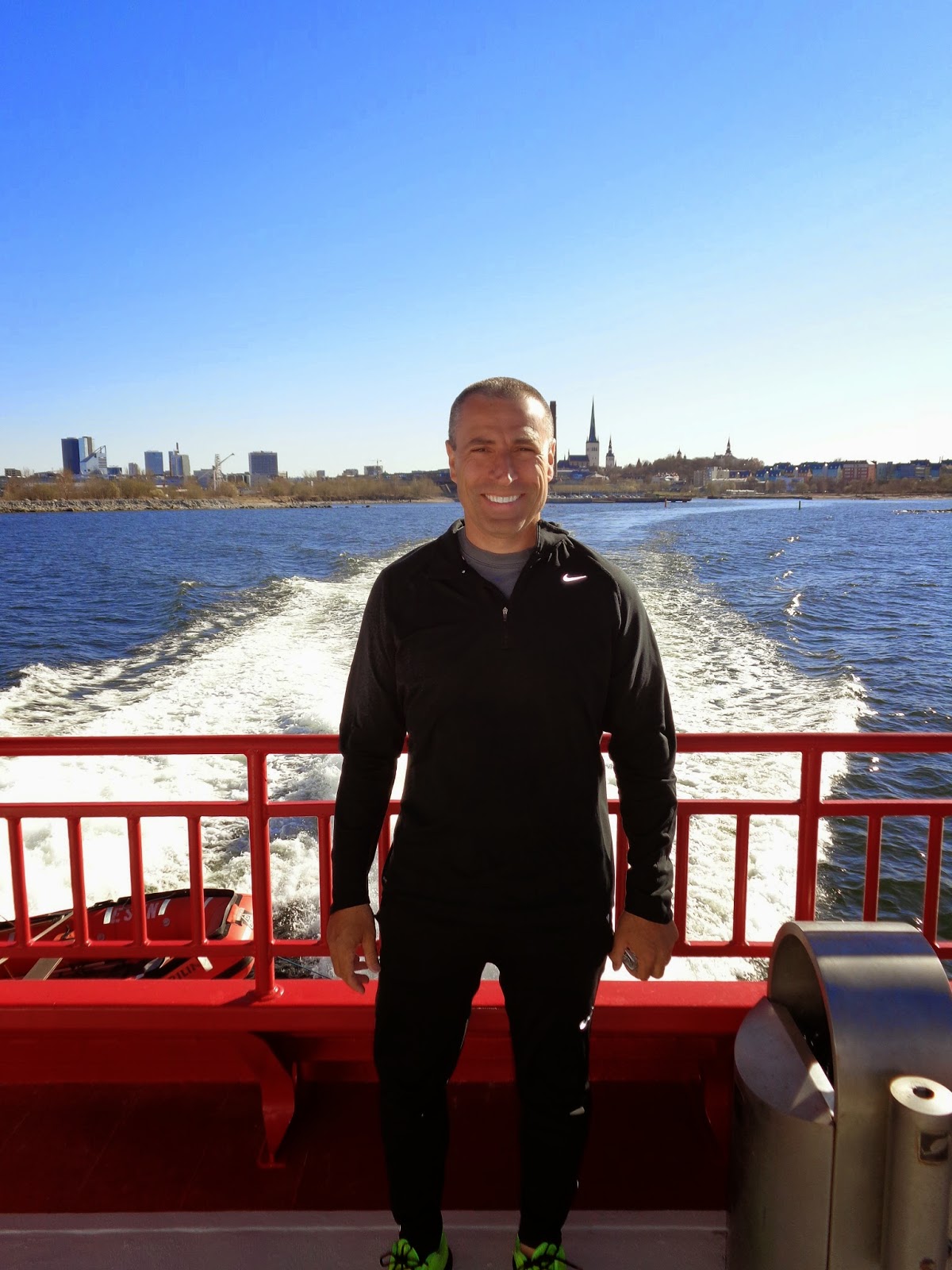 The patient support group in Helsinki was very inspiring.  The have established a strong social group and their work to increase Parkinson’s awareness is impressive.  As an example, to address workplace difficulties for those with Parkinson’s, they have a campaign to increase the understanding of those that employ people with Parkinson’s.  This campaign has included creating handbooks to educate the employers. 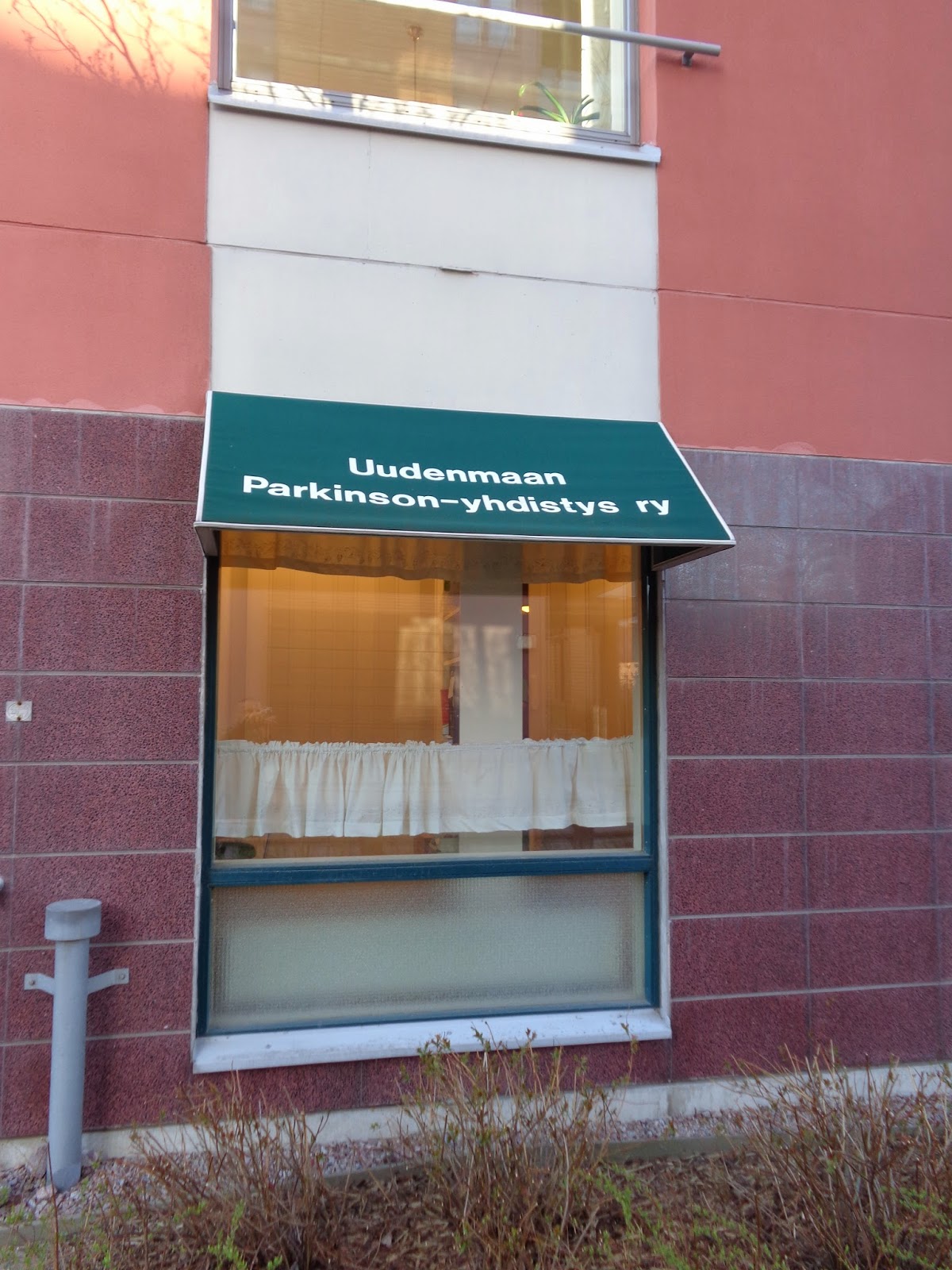 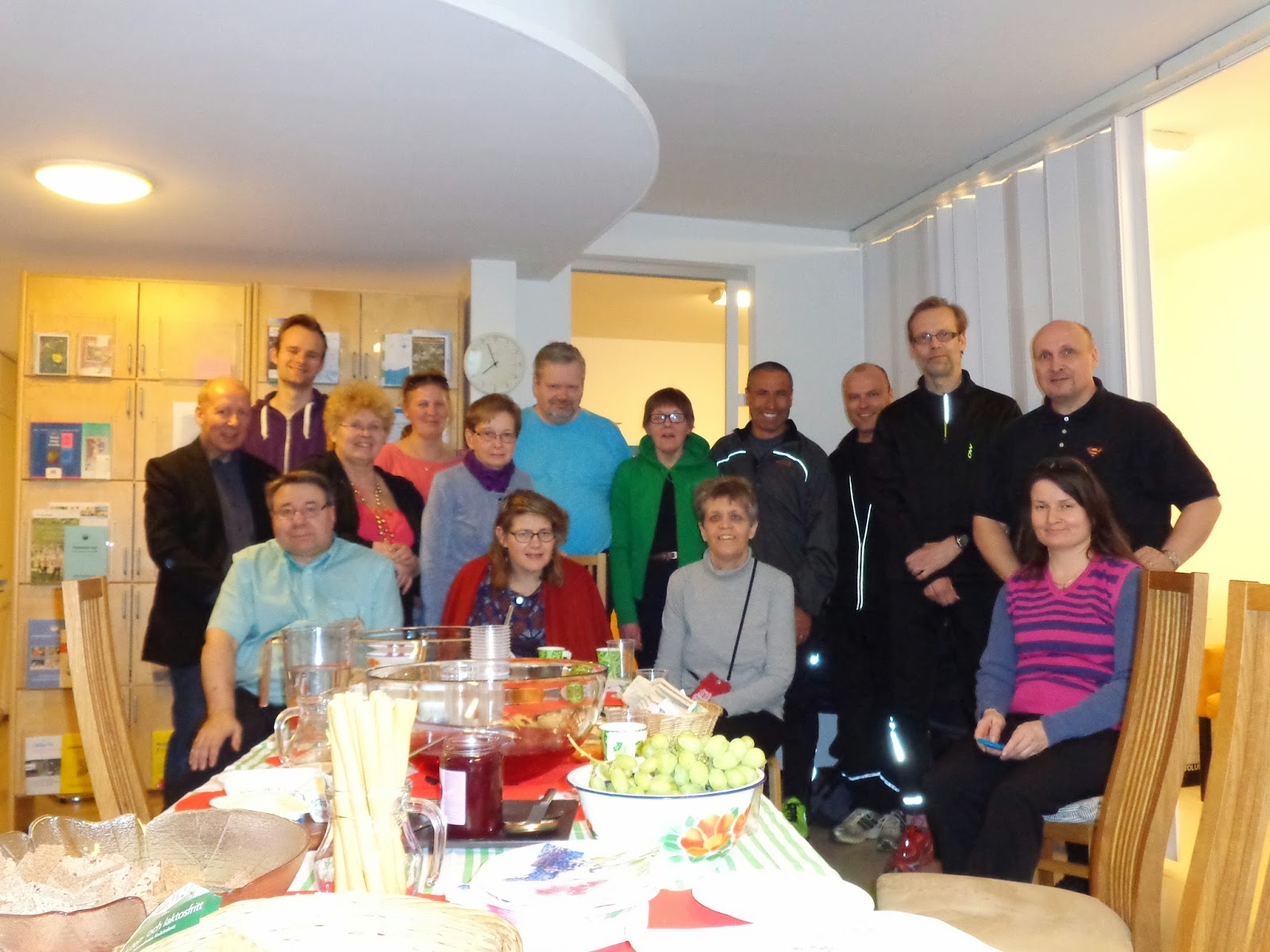 My run in Finland was great.  The route had been carefully planned to take me to some special sites in Helsinki and it was a great opportunity for conversation with my fellow runners, Timo and Petri.

Thanks the choices of some particular landmarks monuments to include in the route and the discussions with my running partners, I was able to learn a lit bit about some of Finland heroes. One was the Finnish composer, Jean Sibelius (1865-1957).  The Sibelius monument was particularly beautiful given the natural setting and the fortune of seeing it near sunset. 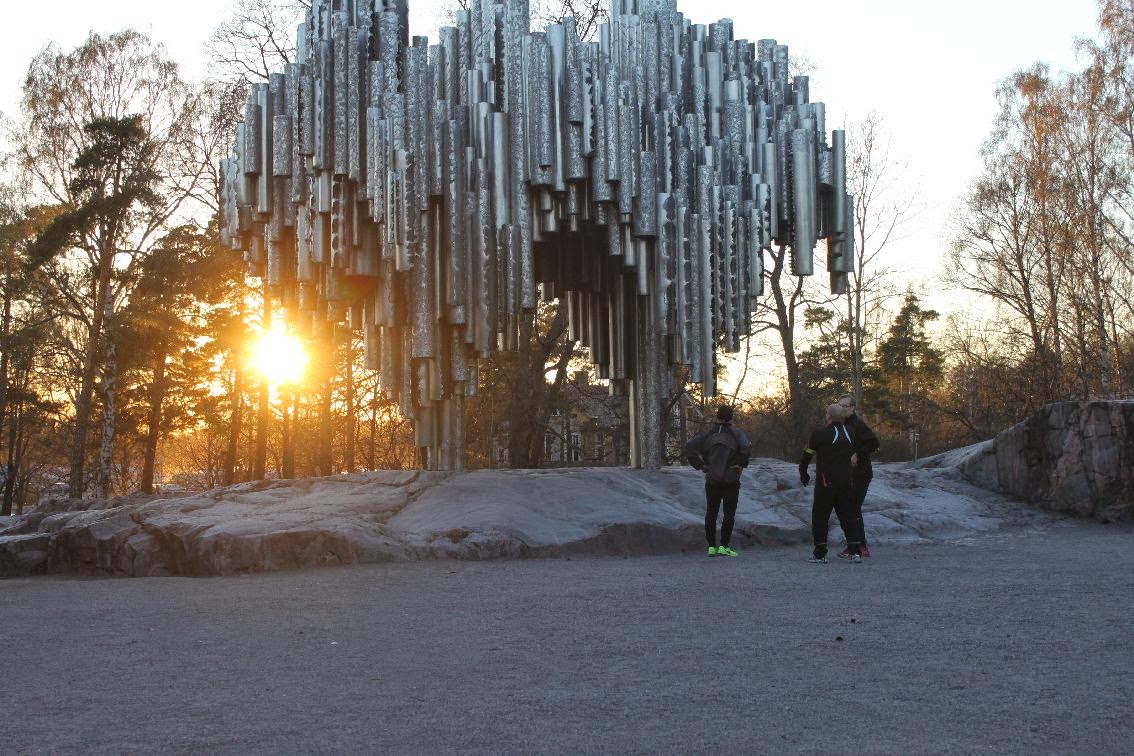 Given my fascination for the Olympics, I had requested that we include the stadium from the Helsinki Olympics in 1952 on the running route and it was great to run around the old stadium and the surrounding park. It also gave me the opportunity to see the statue of another Finnish hero, Paavo Nurmi (1897-1973). The Flying Fin set 22 word records and won 9 Olympic gold medals in middle and long distance running. 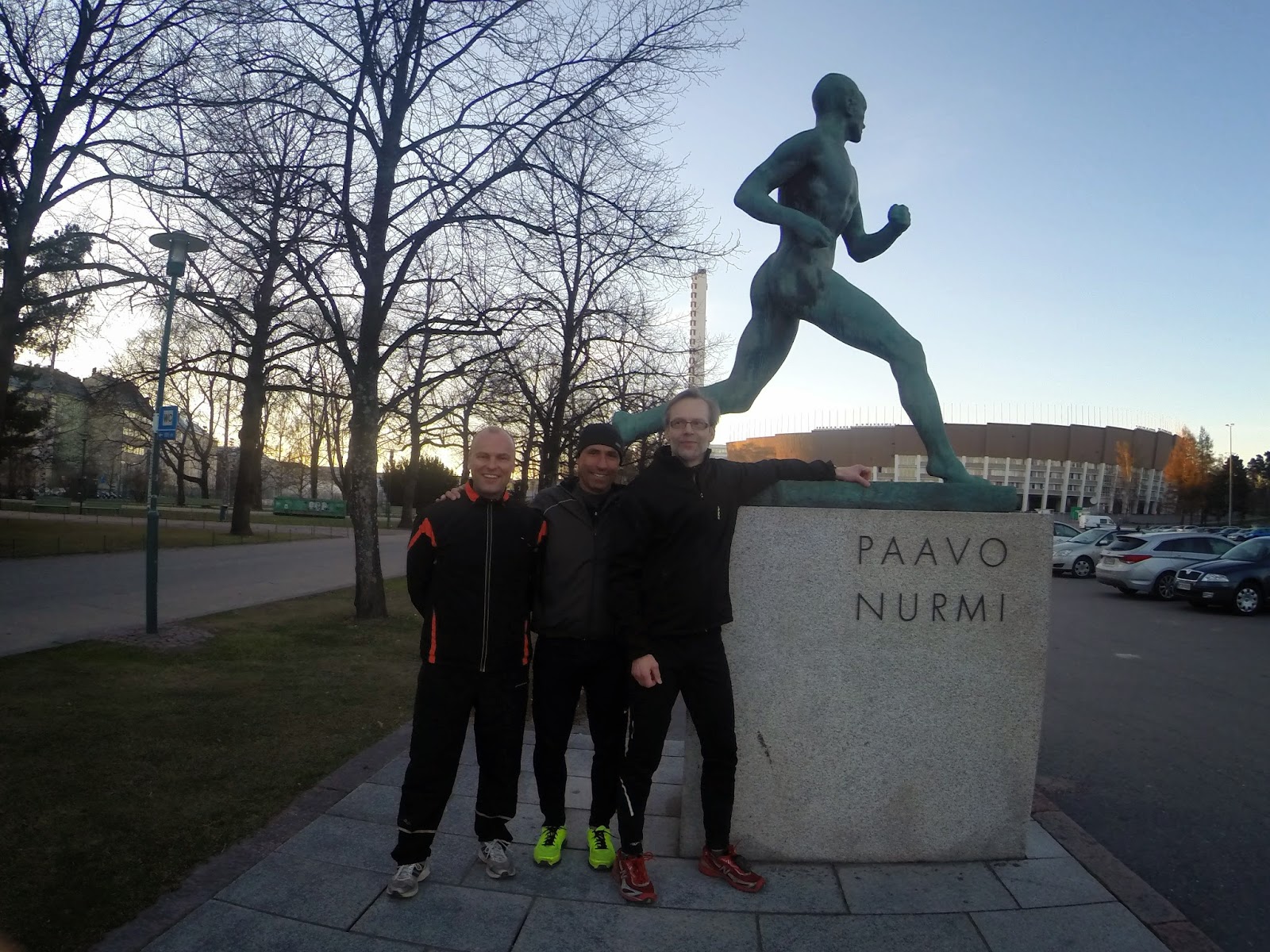 In the world of Parkinson’s we have many who are considered heroes, as well.  Most were public figures prior to their diagnosis, such as Michael J. Fox.  The list also includes many athletes: Muhammad Ali, John Walker, Davis Phinney, Ben Petrick and Ray Kennedy to name a few.  However, through my travels I have met many people working on the local level that I would consider heroes and who clearly don’t get enough credit for what they are doing.  These are people who have dedicated their time to help those with Parkinson’s.  They are people with Parkinson’s, their spouses and their children.  Not recognized by awards and statues, but hopefully they know how important they are to bettering the lives of those with Parkinson’s.
-Mark

In addition to being great hosts, I would like to thank OIVA (support group for working age people with Parkinson's) for their generous donation to Team Fox to advance research to find a cure for Parkinson's. 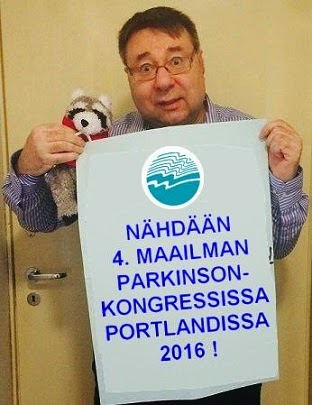 Posted by Marcus Cranston at 5:28 PM