The first of my three goals for my “Run-the-World” project is to overcome a personal challenge.   Not only for my own satisfaction, but also to show others what people with Parkinson’s can do, especially early on in the course of the disorder.  My trip to Nepal was all about overcoming challenges. 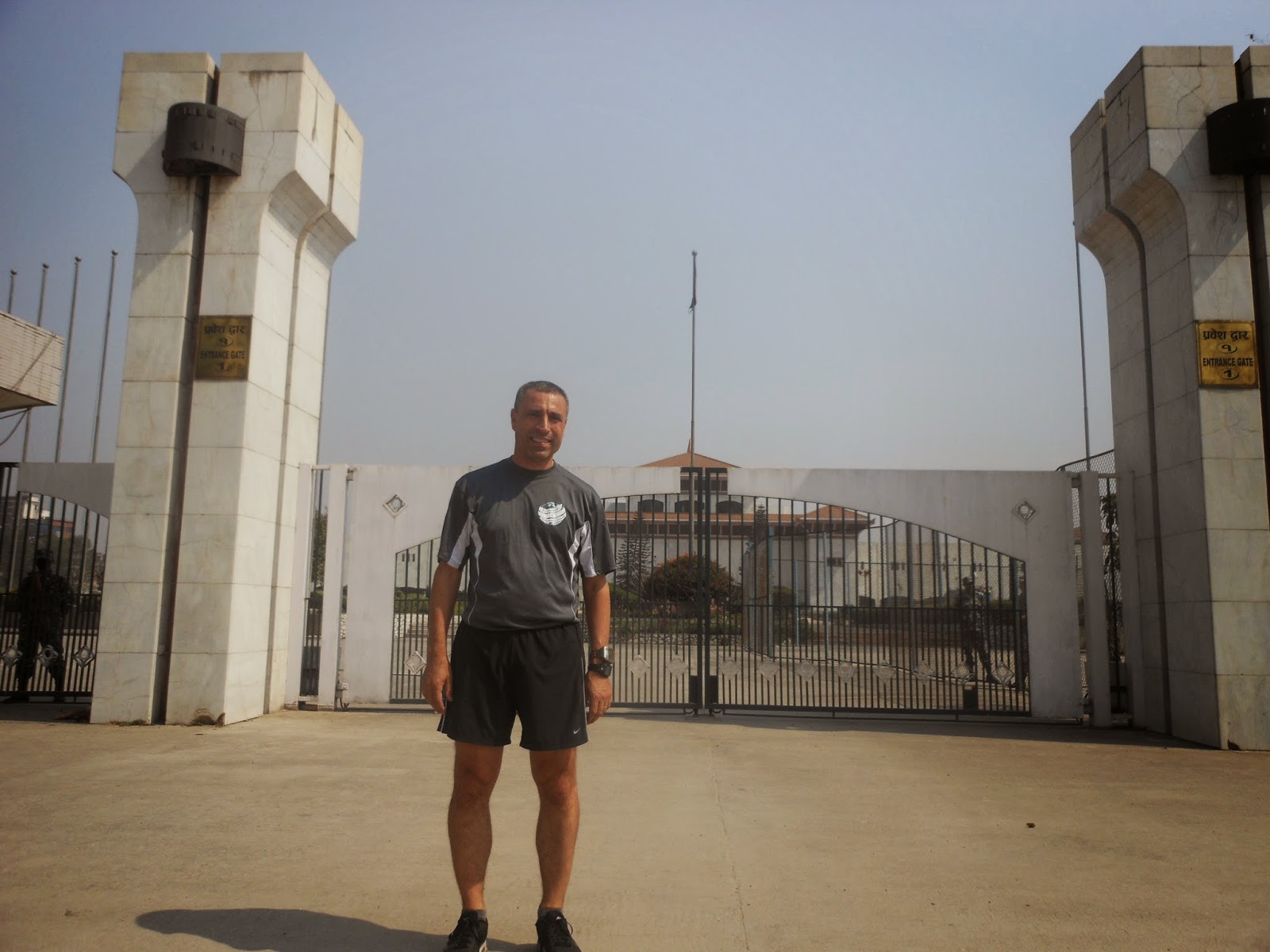 I met Hom Lal Shrestha during the poster session at the World Parkinson Congress last year in Montreal.  When I introduced myself and my thoughts about my project, he mentioned that the Nepal Geriatric Society was hoping to organize the first World Parkinson's Day event in Nepal in 2014.  When I looked at my schedule and saw that I would actually be in Kathmandu on World Parkinson's Day, it all seemed too good to be true, and it almost was. 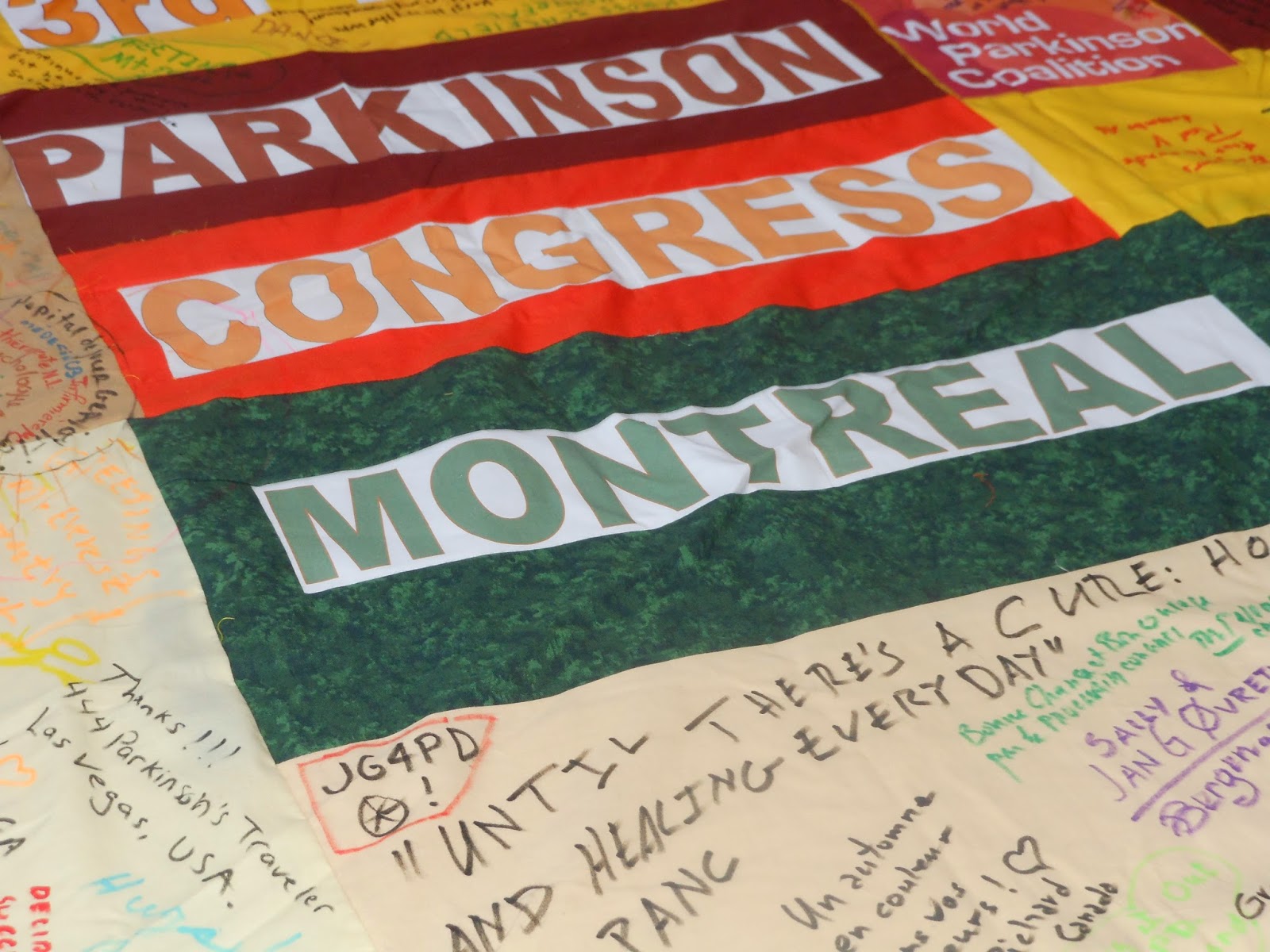 A few months prior to my visit, Air Asia wrote to say they no longer would be flying the Kuala Lumpur to Kathmandu route on the day of the week that I was scheduled.  Fortunately, I found a flight on Bangladesh Biman Airlines for that day and the bonus was that it had a short stop-over in Dhaka.  Again, it seemed too good to be true.  Over the next couple months, my flight time was changed four times.  When I arrived for my 1:00 PM flight, it again changed and was now a 3:00 PM flight that arrived in Kathmandu at 4:30 - half an hour after the World Parkinson's Day conference was to start and right in the middle of the time allotted for my talk. It was particularly frustrating because I had no internet access to send an email to the group meeting in Nepal, which included the prominent cardiologist, Dr. Mrigendra Raj Pandey. 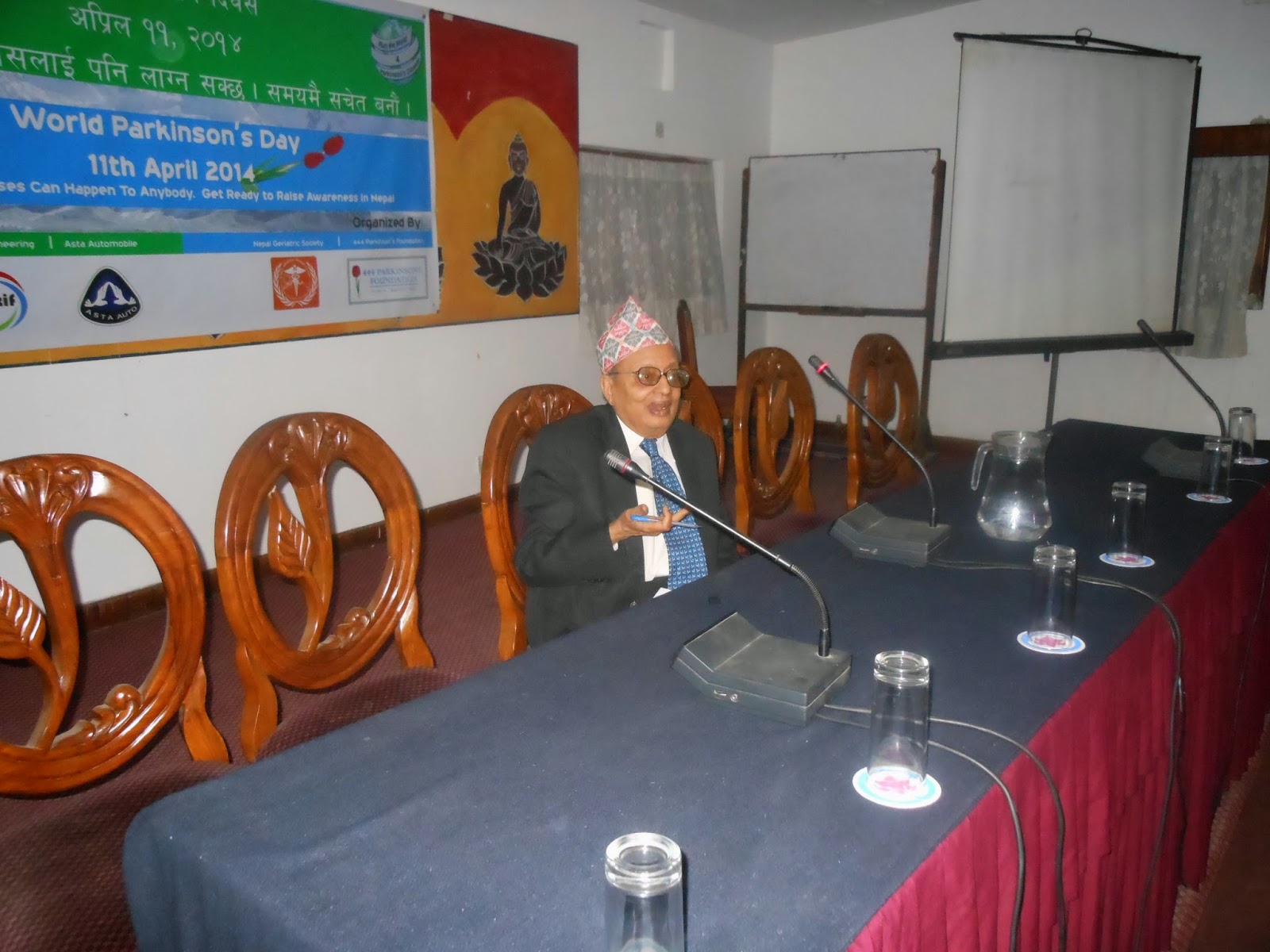 I finally got to the Kathmandu airport, at the time reserved for the Q&A portion of the meeting. My hope for a speedy trip through immigration was thwarted by not having a photo for my visa, my getting a quick photo was thwarted by not yet having Nepalese rupees'  Once I did make it through immigration. Sudarshan Rajbhandari was there to guide me to the waiting car and rush me to the conference.  My speaking time was limited, both by my late arrival and also the fact that their laptop battery had only 20 minutes left and there was no power cord. 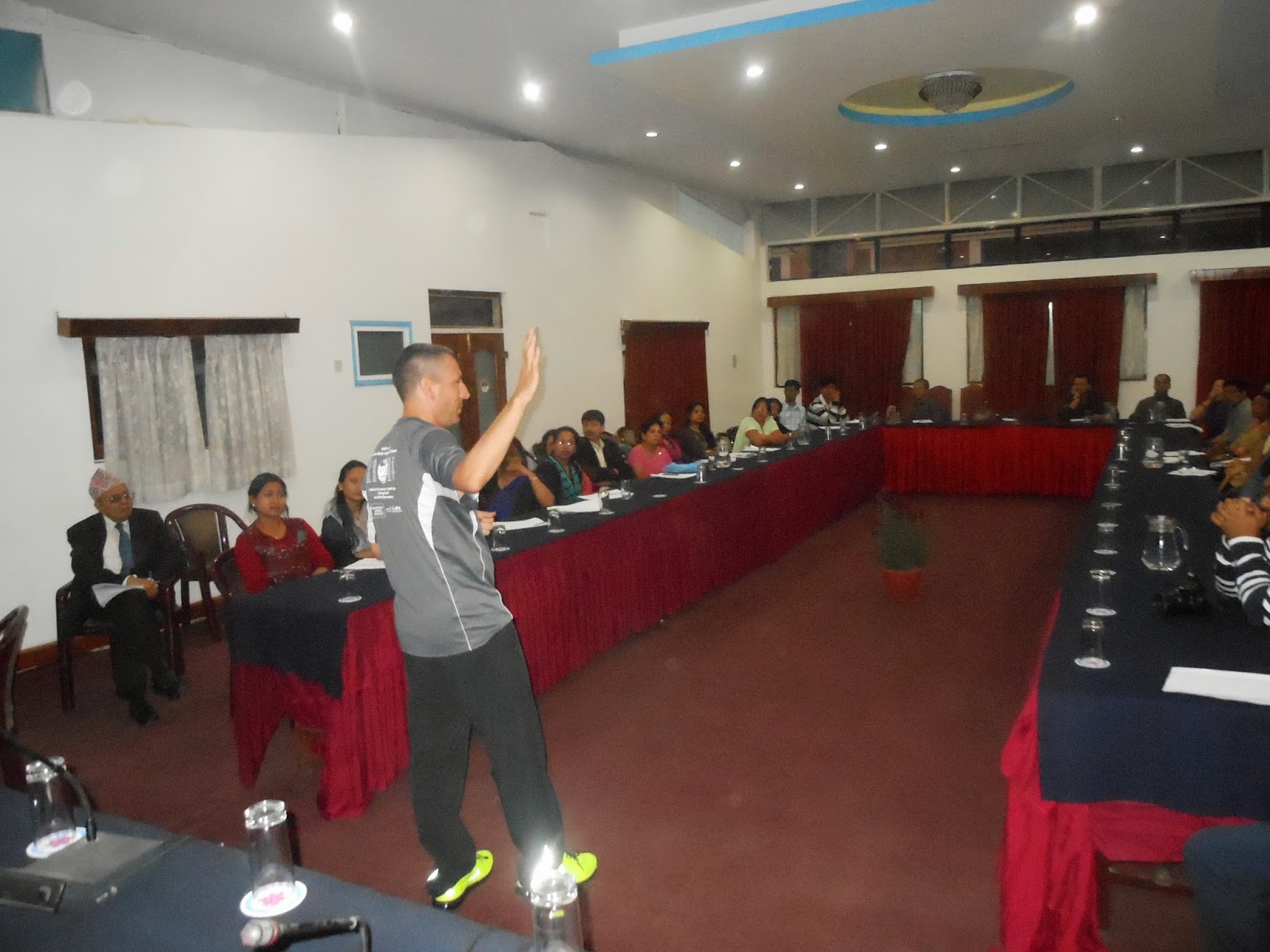 Despite the difficulties we were able to highlight a few issues important to those with Parkinson’s, including the role of the physical therapist. As with my prior meetings, the physical therapists had a significant presence and vital input into the discussion surrounding support for PwP. 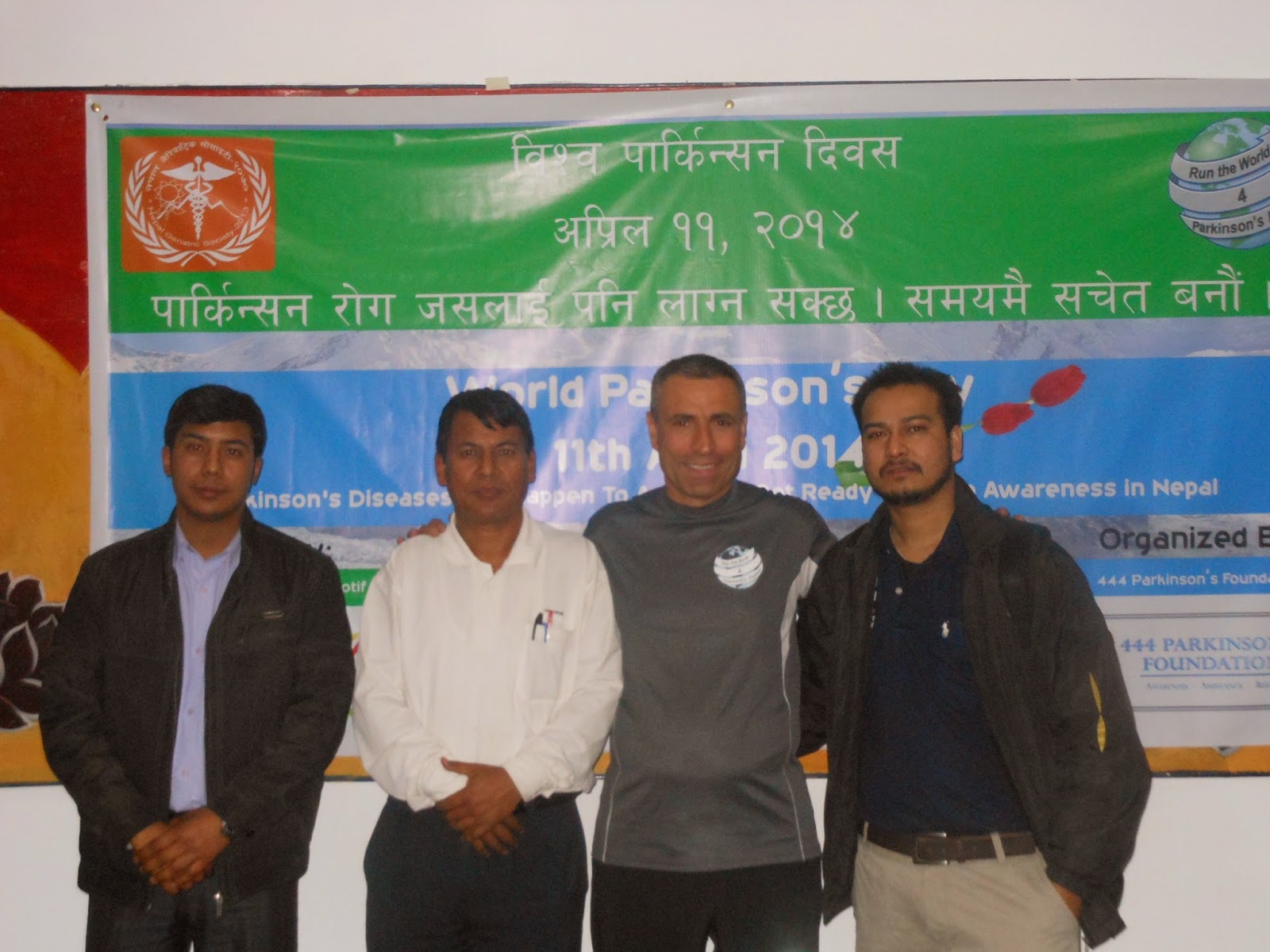 On my trek around the world, there are a few tourist activities that I hoped to participate in, including a “mountain flight” in Nepal.  Due to some confusion I did not have a reservation in place when I arrive, but Sudarshan was able to call a contact in a tour company that night and get a tentative reservation for a 7:00 AM flight the next morning.  We parted ways with a plan to meet at 6:30 the next morning, so I was surprised the next morning to have a knock on my door at 6:00.  Apparently, the flight available was the 6:30 flight and the hotel staff had not forwarded the information about the pick up time to me - so we headed on a mad motorcycle ride to the airport. 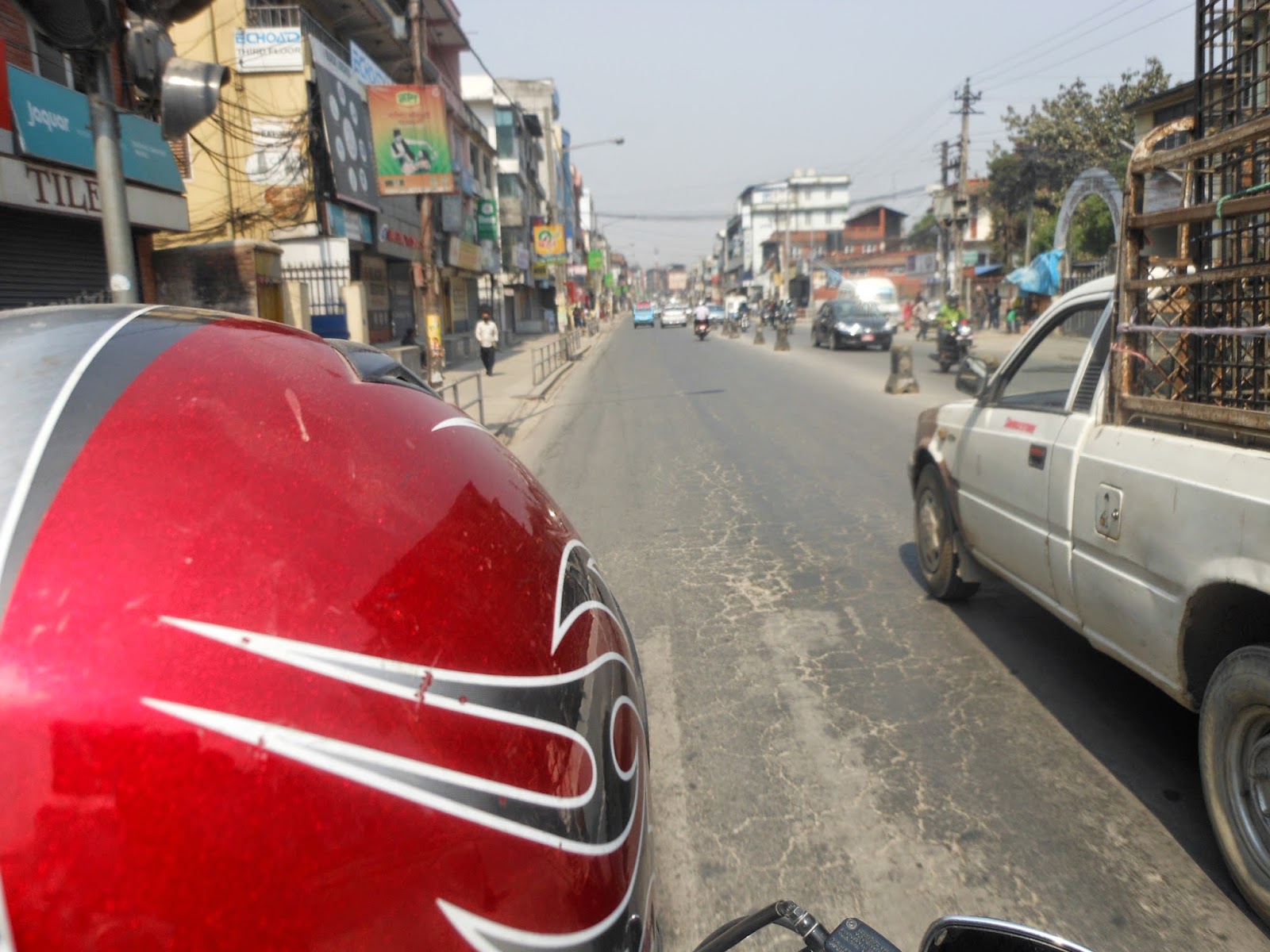 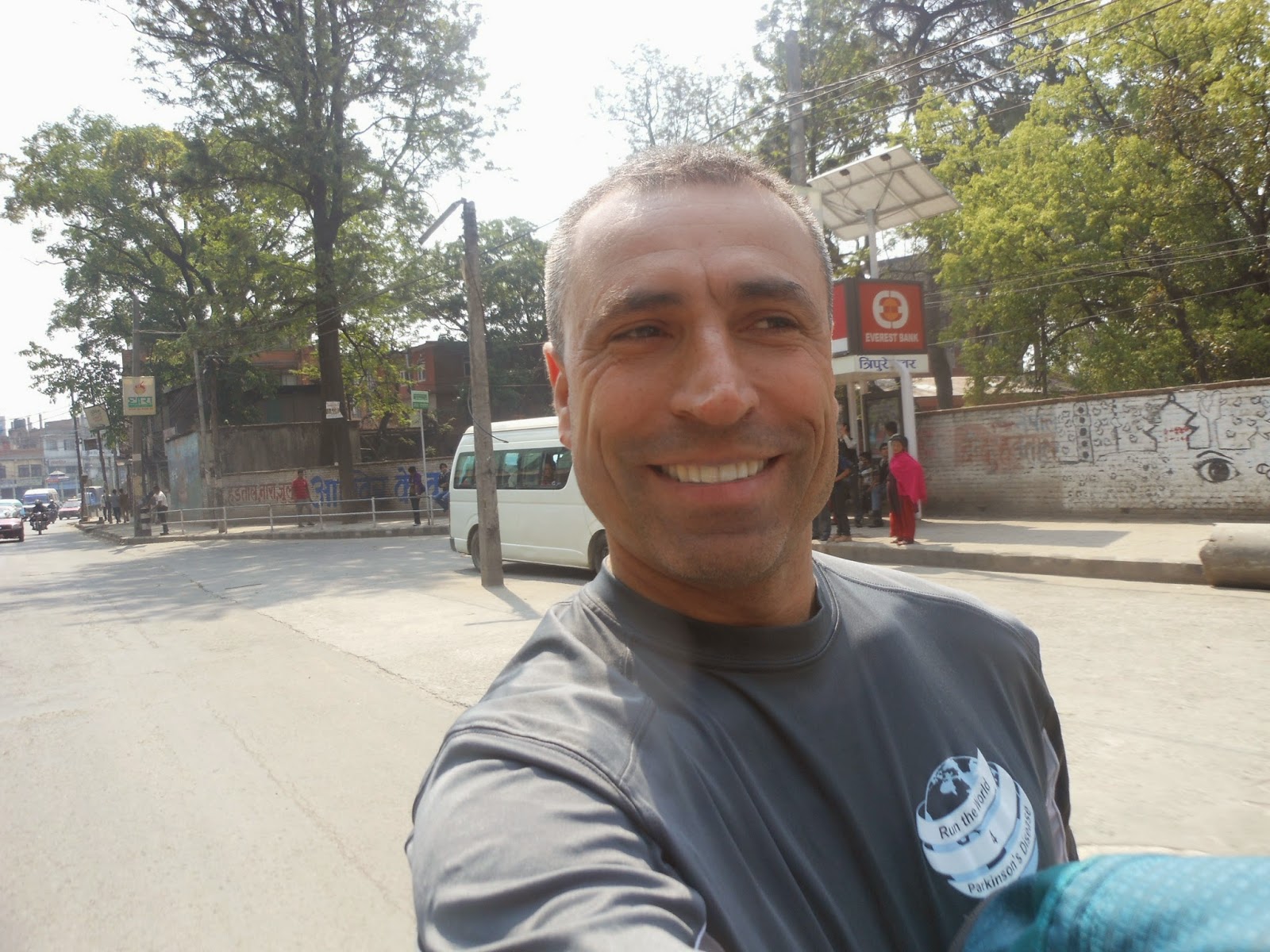 Once at the terminal to for local flights we ditched the bike and ran toward the terminal.  I hesitated for a moment to drop my bag on the belt for the x-ray machine, but since Sudarshan didn’t slow down, I assumed we were good to go - decisions that got us both bear hugged by security and taken back to go through security properly.  Once I finally made it to the gate, we were relieved to hear that they had been holding the plane for me.  In fact that may have save the entire group, because 10 minutes after we boarded the plane - the pilot walked out, because he was feeling ill.  We waited another hour for a new plane and new pilots and had a truly amazing experience in the end. 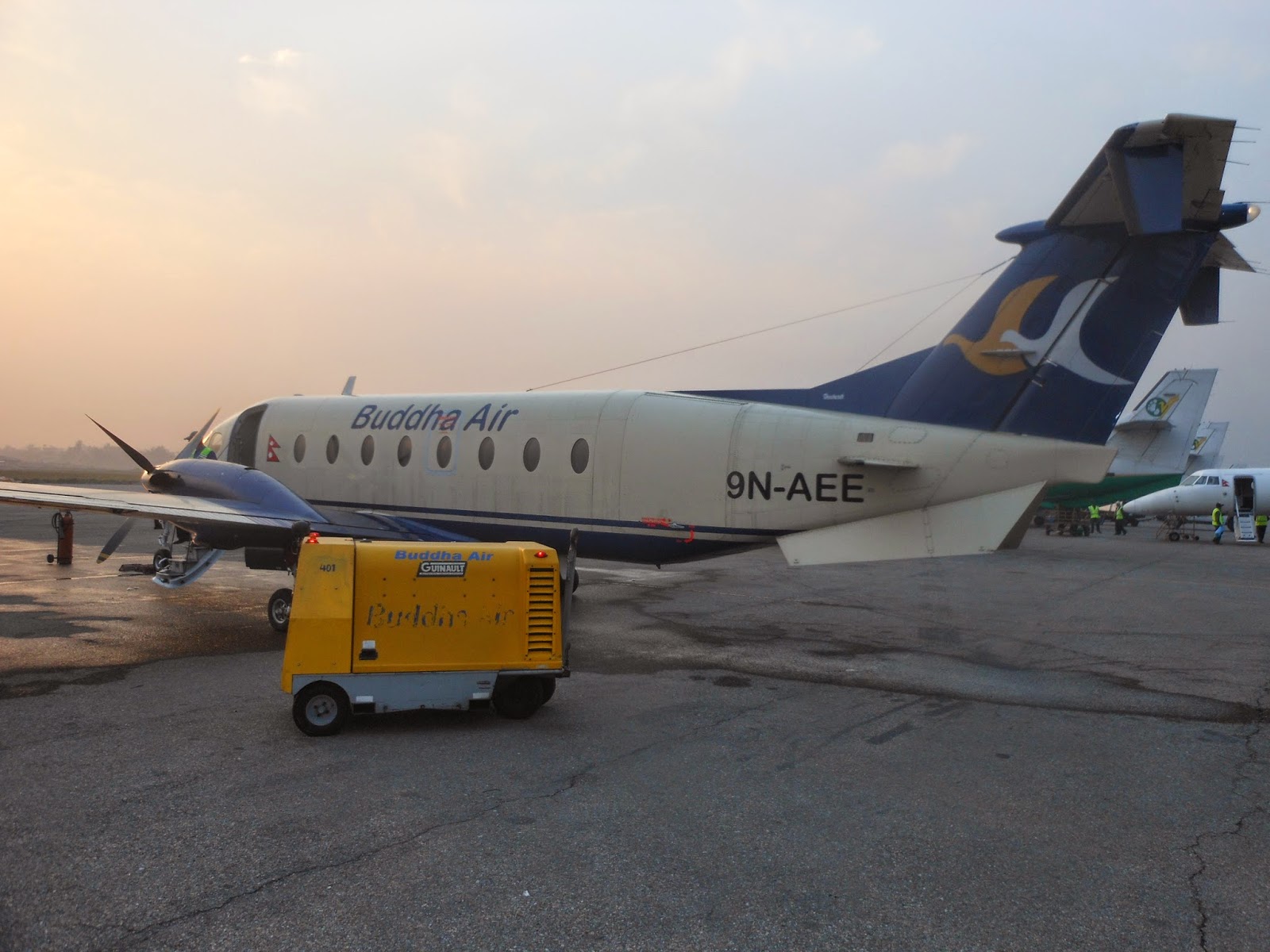 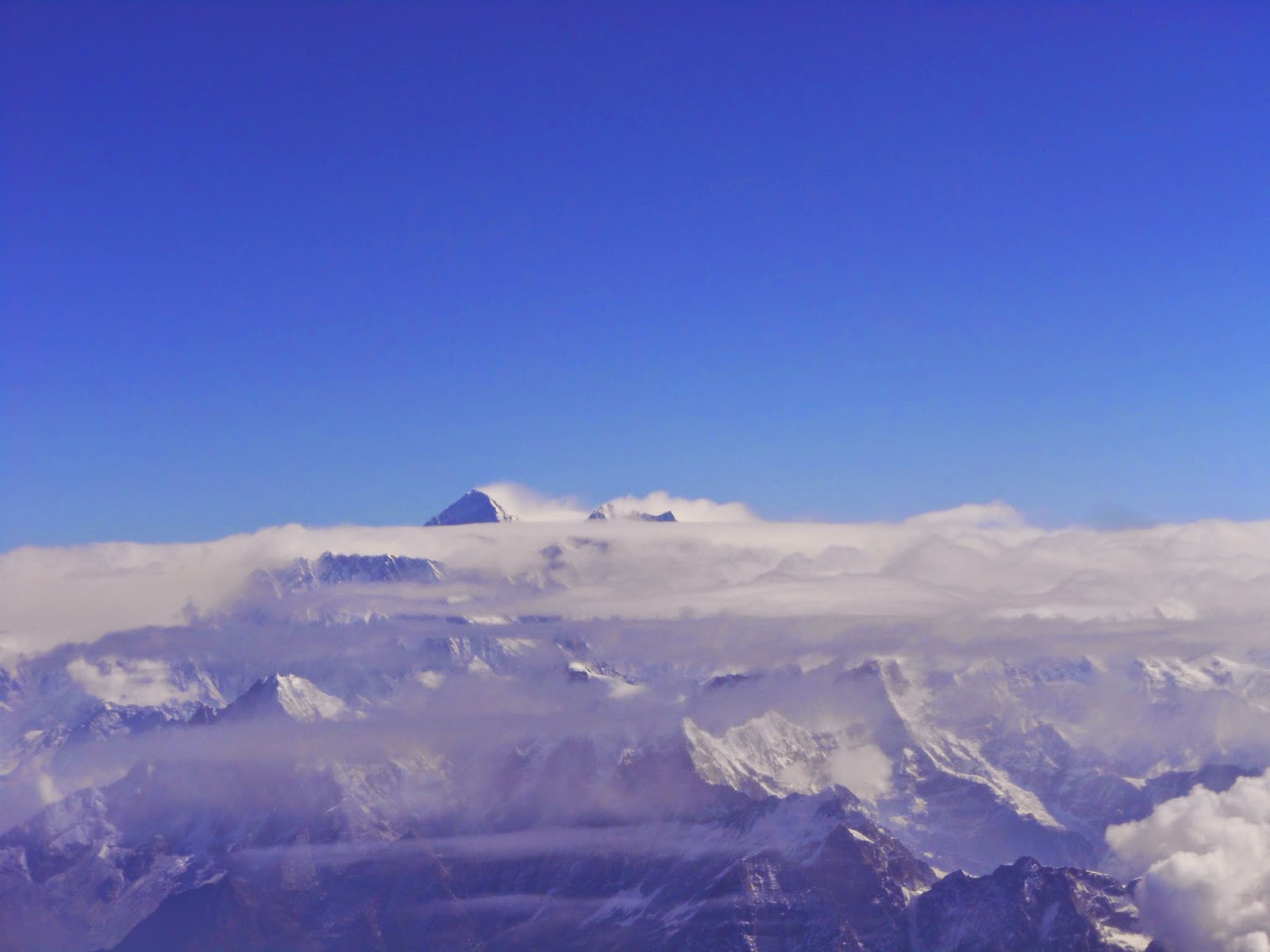 With only a couple hours left in Kathmandu, I was to have one more challenge to overcome.  In order to get in my 4 mile run, we decided I would run from the airport back to my hotel. This course was almost entirely downhill, which was fortunate given the time constraints after the flight delay. I was able to make great time until about 1.5 miles into the run - when my left calf decided to cramp.  I hobbled on an completed the full 4 miles, ending just blocks from the hotel. 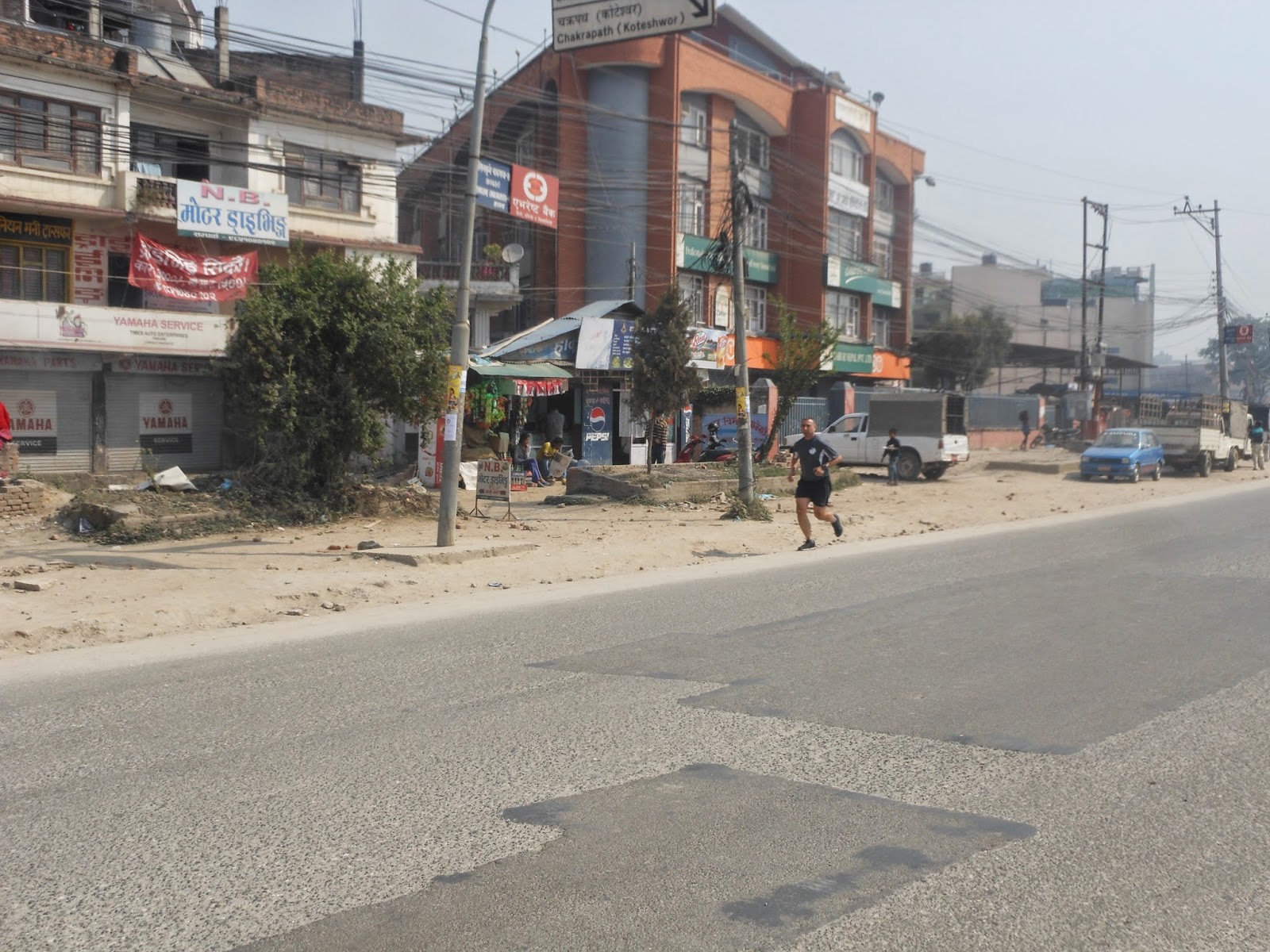 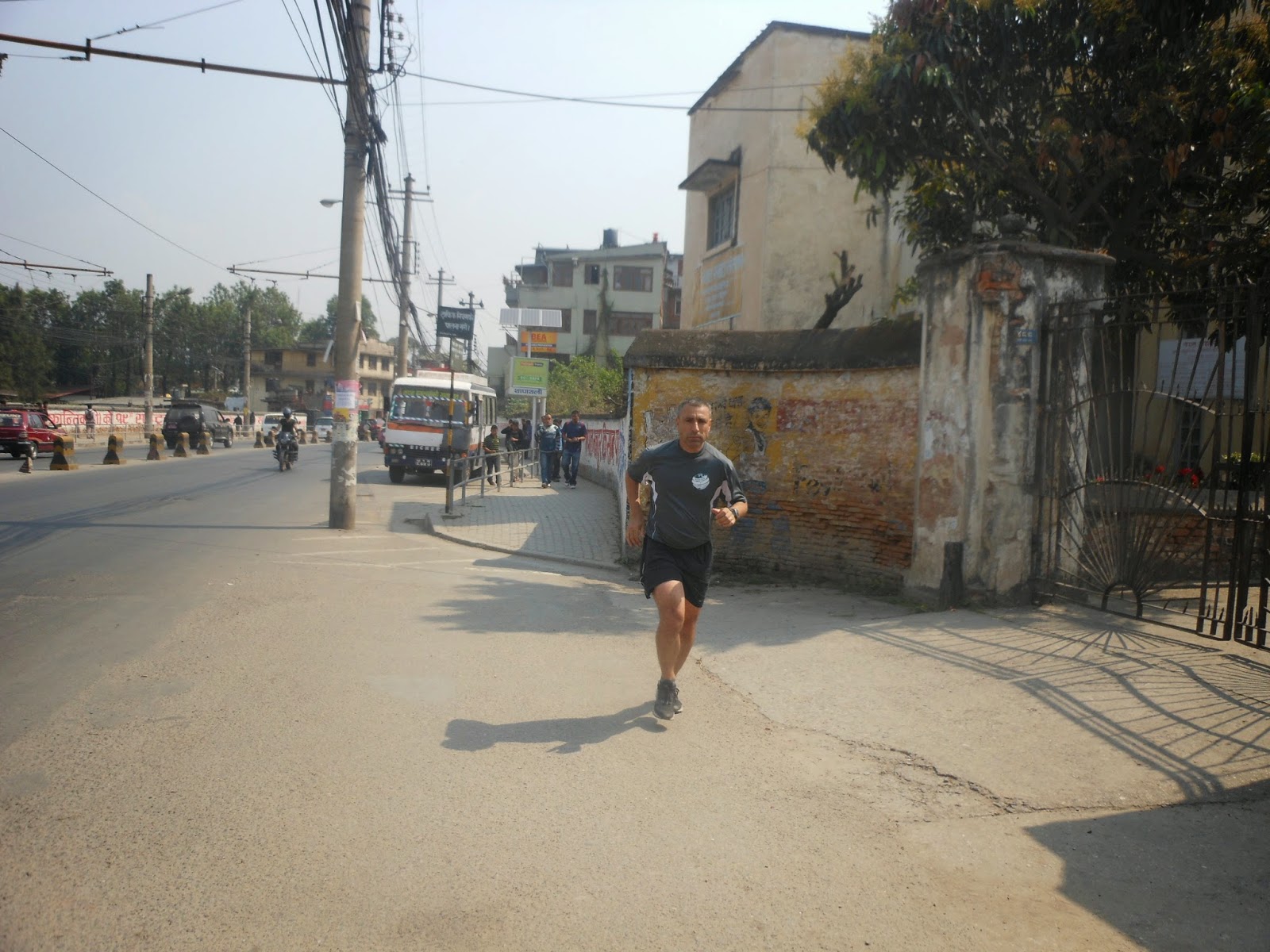 Given all the challenges that those with Parkinson’s have to overcome, I guess it was appropriate that I was presented with so many on World Parkinson’s Day.

I appreciate the generous donation to Team Fox by Jill Santos to help fund Parkinson's research and bring awareness to the efforts of Summit 4 Stem Cell.  I highly recommend that you visit their website at:     http://www.summit4stemcell.org/ 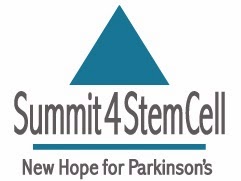 Posted by Marcus Cranston at 8:16 AM