My visit to Japan began with the welcoming site of Mt. Fuji rising above the clouds.  Once on the ground it was the welcoming nature of the Japanese people that allowed me to navigate a number of hurdles and arrive on time at the National Stadium, where the welcoming faces of members of the Japanese Parkinson Disease Association (JPDA) jpda-net.org including Hisashi Takamoto, were waiting. 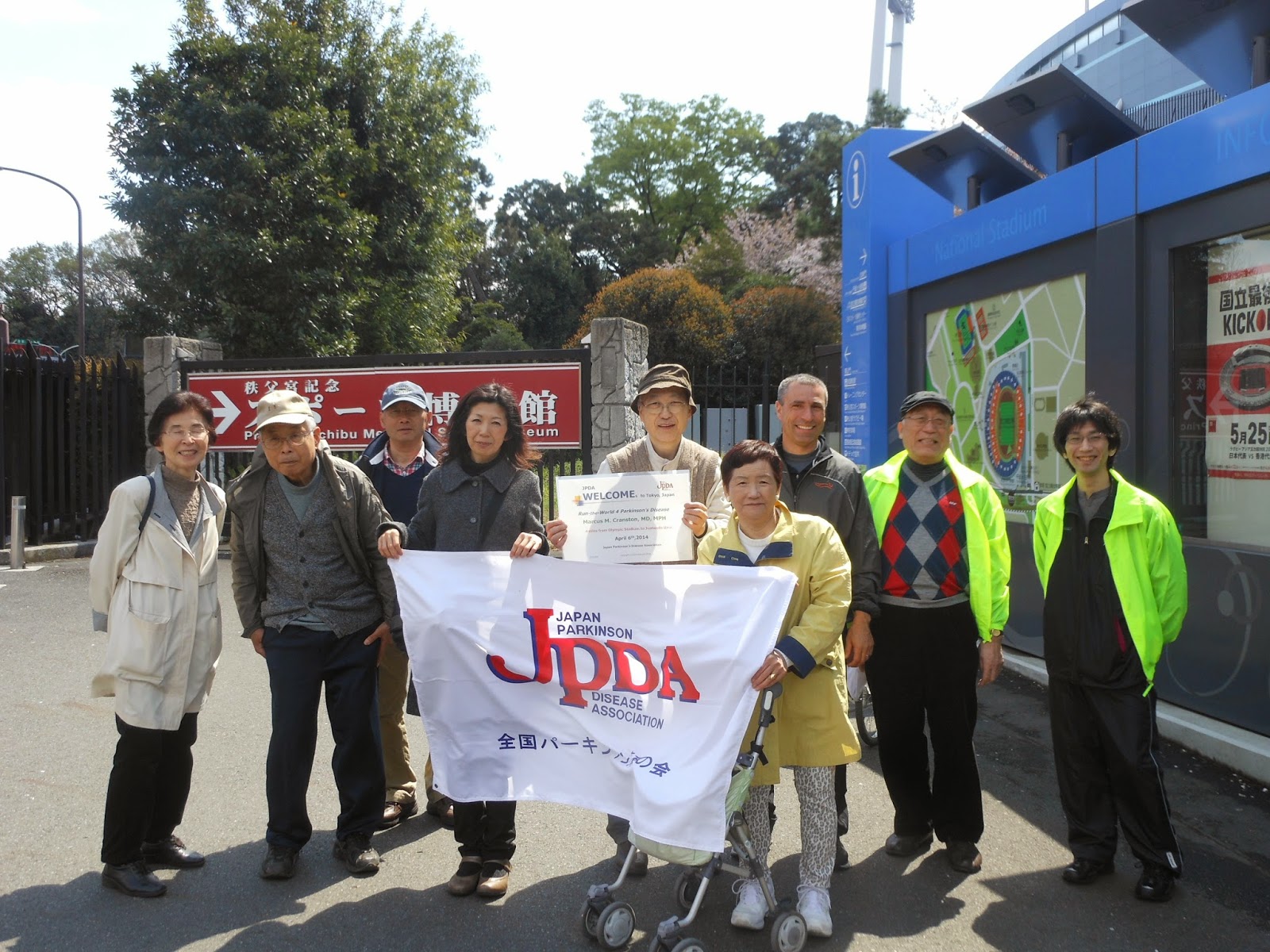 Making it one step closer to my goal of having been to the sites of all the Olympic Games was especially rewarding here, as some of the individuals from JPDA had actually attended the Tokyo Olympics in 1964. 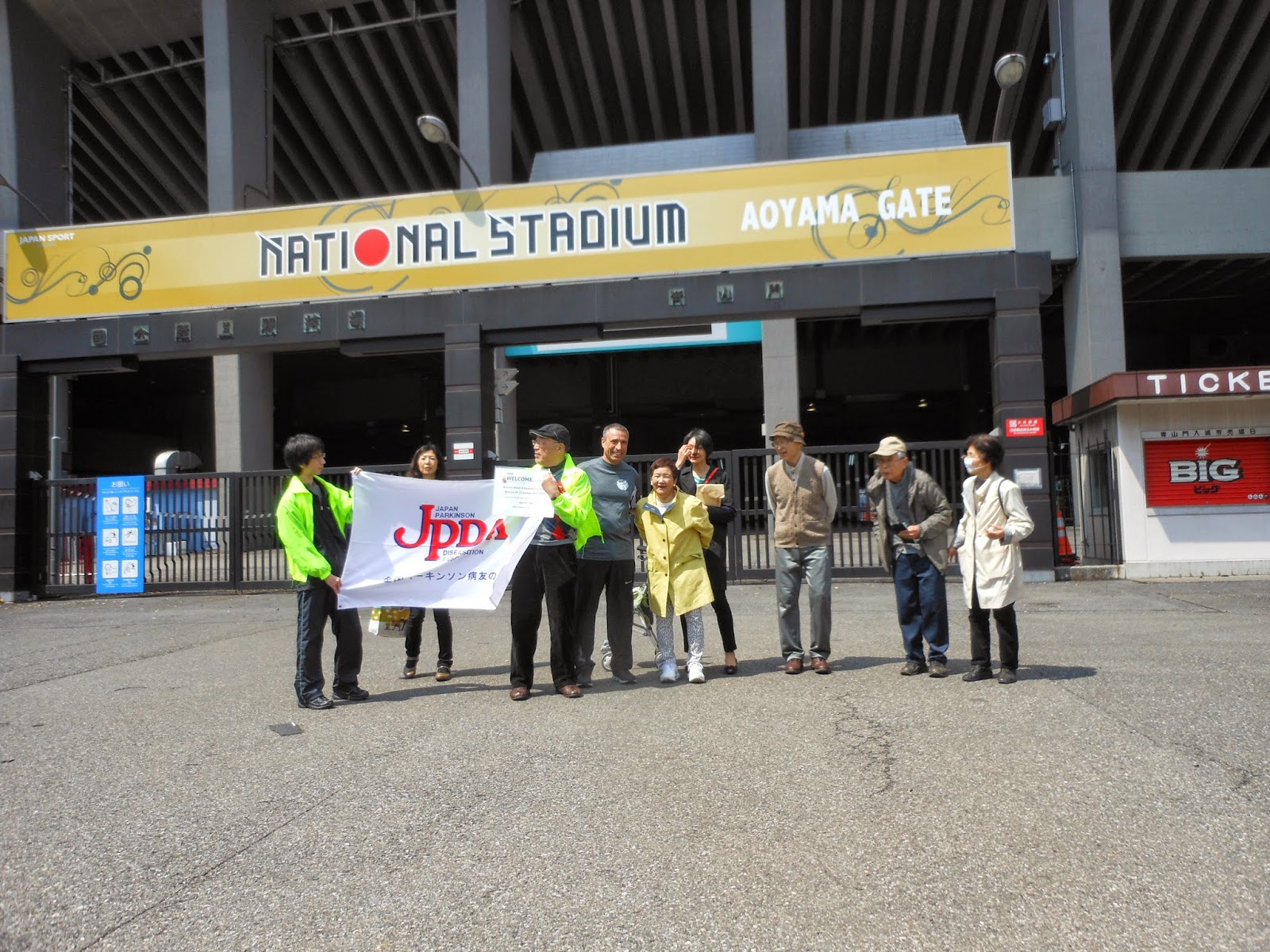 The National Stadium served as the starting line for my 4 mile run in Japan and our cheering squad included, Tomiko Maiya, a former marathon runner.  For the first one-half mile I was joined by a very courageous 66 year-old gentleman with Parkinson’s and my guide for entire route was S­­­­yoh Koshita, who works with JPDA. 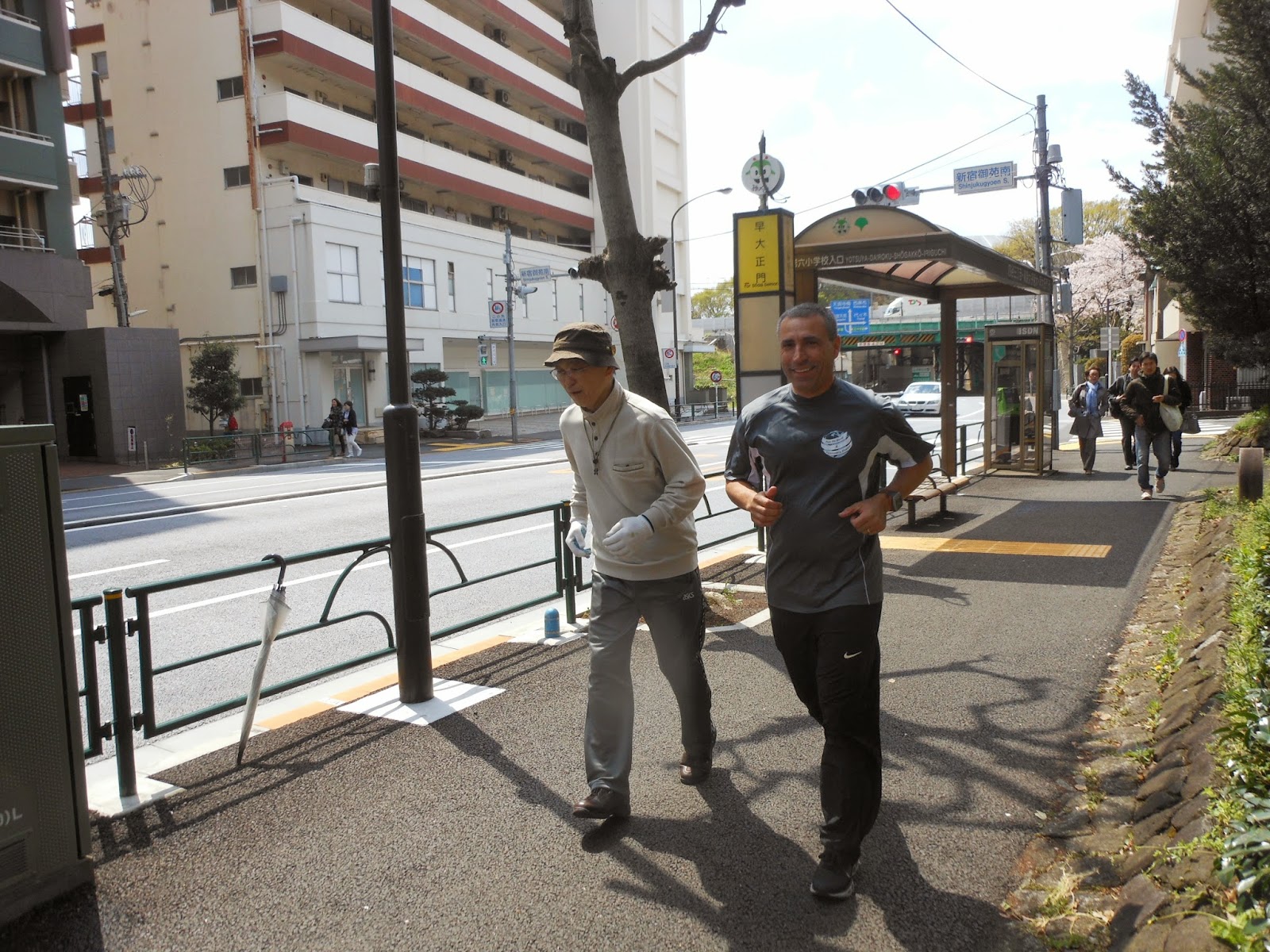 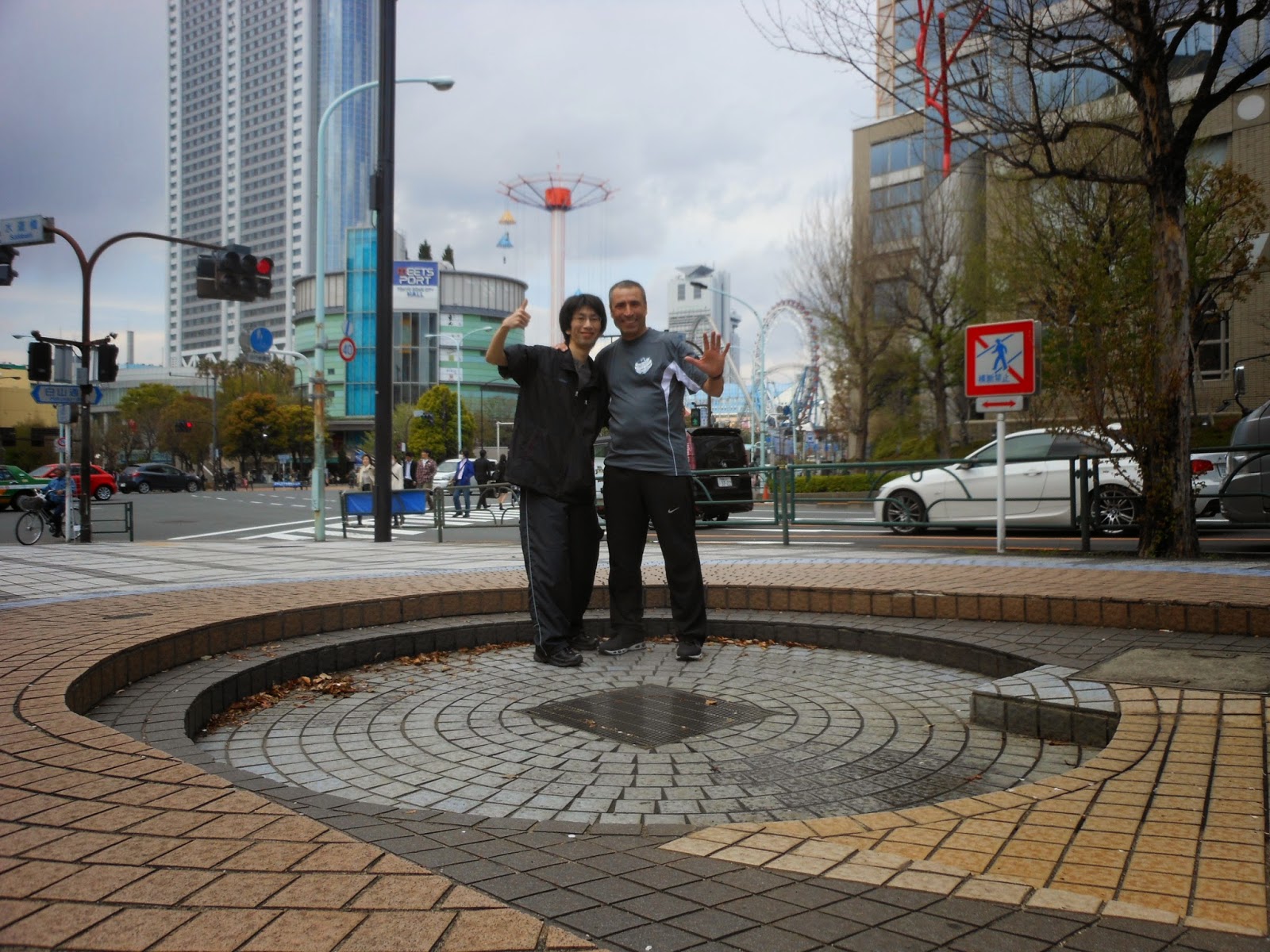 We reached the 4 mile marker, very appropriately, within view of the Tokyo Dome.  We then continued up a short hill to Juntendo University 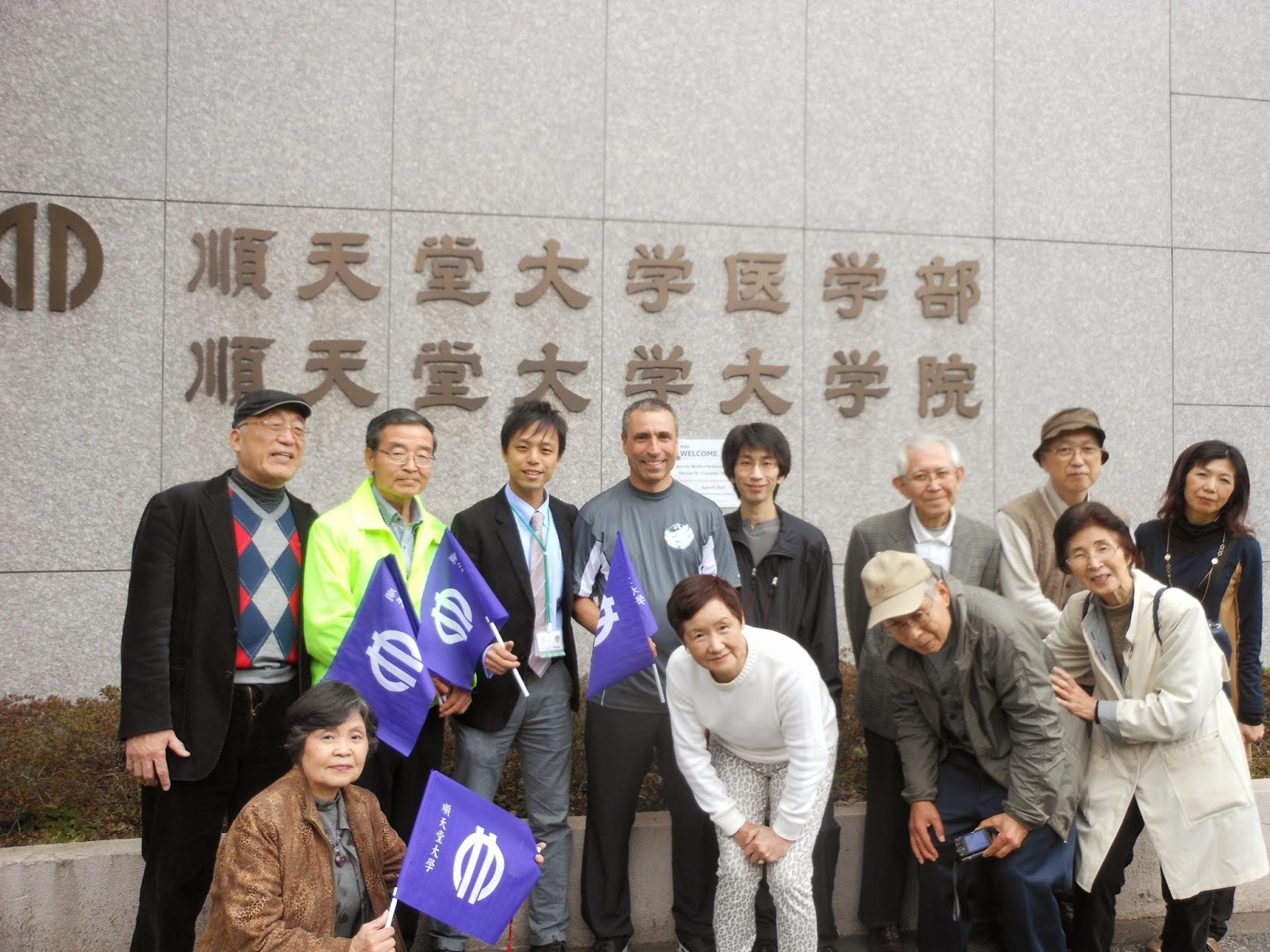 My meeting with JPDA members and Juntendo University movement disorder specialists,  Prof Nobutaka Hattori and Dr. Genko Oyama, allowed for an interchange of ideas on a number of topics related to Parkinson’s, but there is one issue that was particularly memorable for me.  In the formal presentation that I have prepared for many of the stops on this journey, I suggest 3 reasons for pursuing greater Parkinson’s Disease Awareness in our own societies:

To highlight the issue of People with Parkinson’s (PwP) feeling a need to hide the diagnosis, I present the story of Ben Petrick, an American baseball, who played 3 years in the Major Leagues after his diagnosis without his teammate or fans knowing.  In a book I am currently reading, Dr. Andrew Lee’s autobiography of the famous Liverpool and Arsenal soccer play Ray Kennedy, the author states that shortly after his diagnosis “Ray drew a parallel between himself and the Elephant Man.”  In the meeting with JPDA members, one older gentleman passionately described his dilemma, trying to decide whether to attend a reunion this year because of the shame he associated his disability due to Parkinson’s.  At one of stops in the coming days, some of those with Parkinson’s have asked to meet with me privately after my talk because they are not comfortable being seen at the conference.

As I stated in a recent interview with the New Straits Times of Malaysia, when asked about my hopes for future Parkinson’s treatments and the impact of my project…better treatments, and possibly a cure, will come in time with that timeline largely determined by scientific advancement. In the meantime, the quality of life of those with Parkinson’s can be greatly improved by increased Parkinson’s awareness and better acceptance by the general public.  The timeline for these advances is much more dependent upon participation by the masses of those affected by Parkinson’s, rather than the relatively small group with scientific expertise. This goal of increasing Parkinson’s Awareness is one that I share with my new friends from the Japan Parkinson Disease Association and Juntendo University. 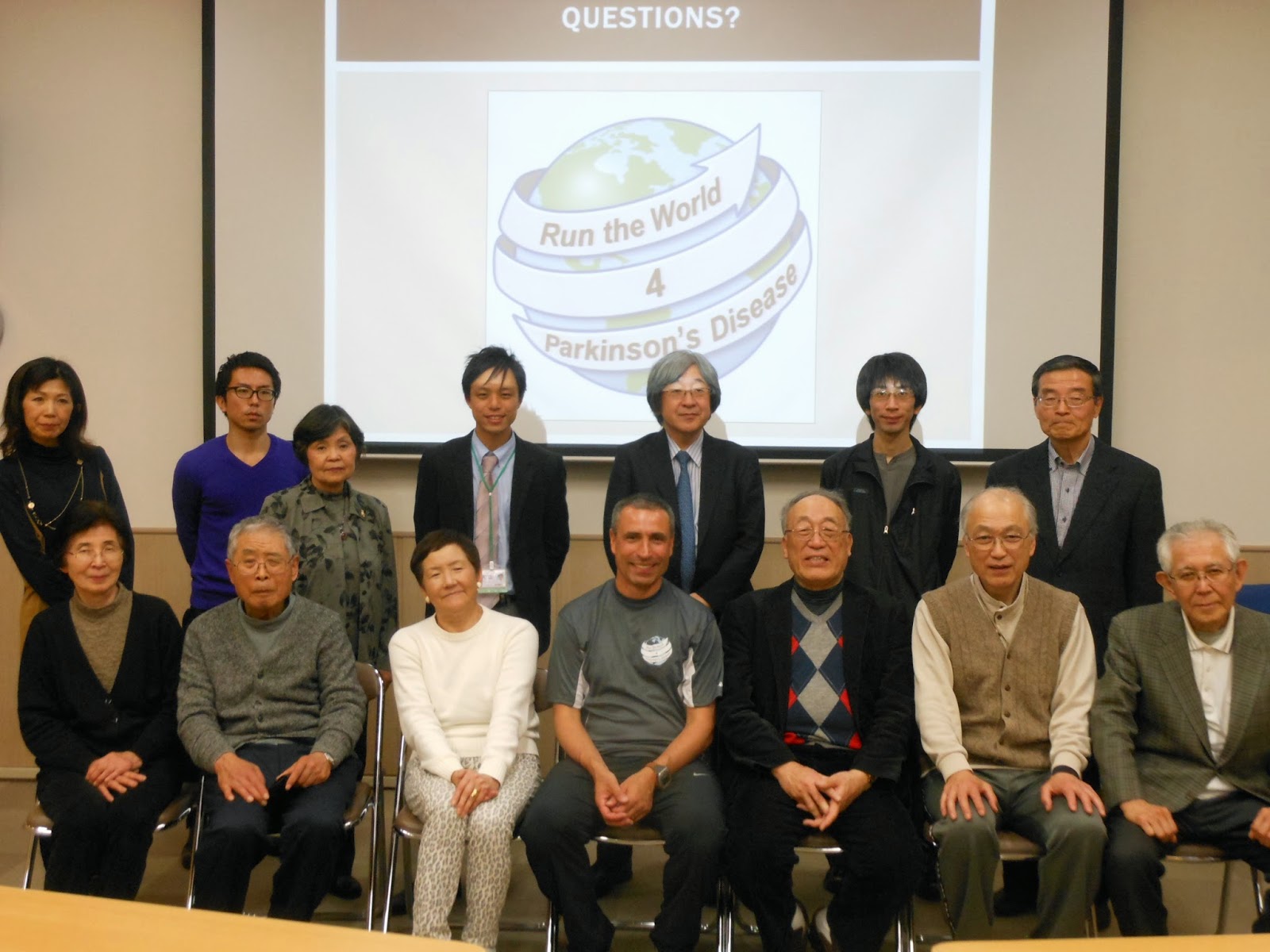 I would like to personally thank the Munn Family for their generous donation to Team Fox to help expand the impact of Run-the-World 4 Parkinson’s Disease.  I would also like to thank Eric and Nicole for their wonderful friendship over the past 21 years. 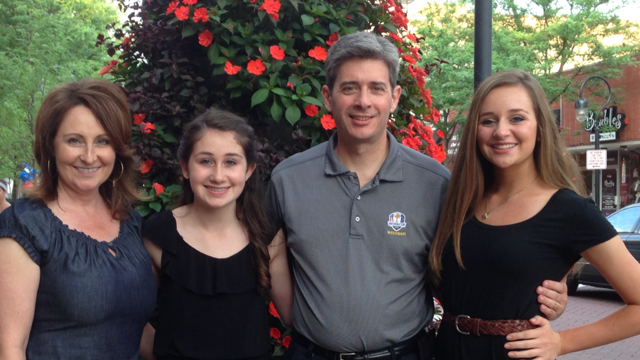 I would also like to recognize the Japan Parkinson Disease Association for their very generous donation to 444 Parkinson’s Foundation, which will be donating proceeds this year to help fund travel to the World Parkinson Congress in 2016 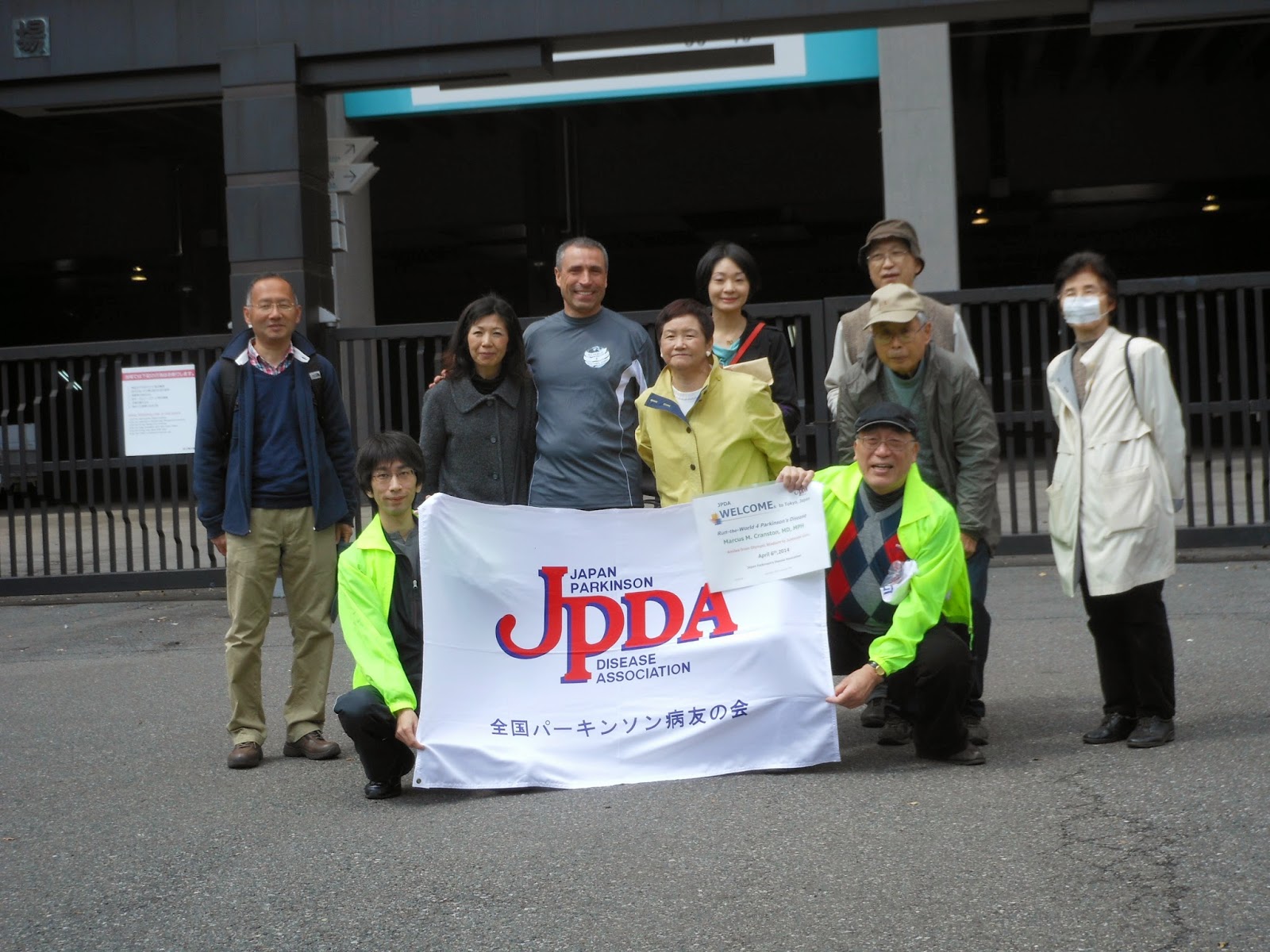 Posted by Marcus Cranston at 1:32 AM